What is more quintessential to the Italian garden than the terracotta pot? The problem with terracotta is, of course, that a solid frost will break the pot. Dropping it will have the same effect. What I found particularly interesting in the Giardino dei simplici was to see how these pots are maintained and repaired. 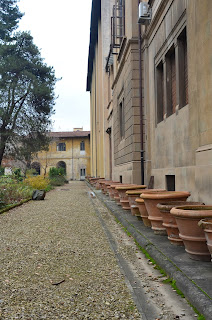 Of course in winter it is preferable to empty terracotta pots and planters as they have done in the picture above. In Canada and the northern U.S., you should not only empty them but put them away in some kind of shelter (I put mine under a porch), in case a rain is followed by a sudden severe frost.

One thing I noticed in the Gardino dei simplici was that they brace their pots with wire, as in the picture below. This might help them hold together even if they crack. It might also help them resist lighter frosts. 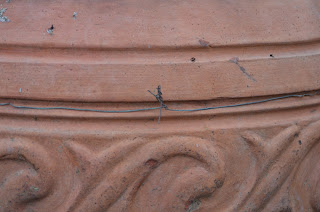 Even once they have cracked, all is not lost. They drill a small hole on each side of the crack and insert a wire to hold the two sides together. 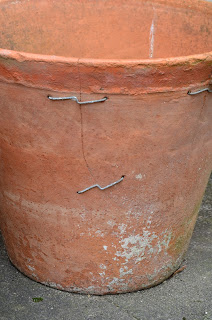 With help, some veteran pots seem to have survived quite a few mishaps or frosty years as shown by their surgical scars. 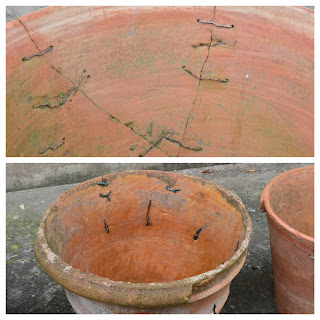 Some seem also to have been glued back together, perhaps with epoxy, as, for example, this one which has also been glazed inside to slow down evaporation. 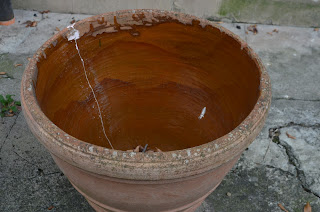 I noticed that many of these pots had years printed on them, together with the manufacturer's name. Most were in the 1850s. It is hard to believe any clay pot could have survived this long, whether wired or not. Perhaps the year refers to when the design was patented? However, all those I saw had different years. 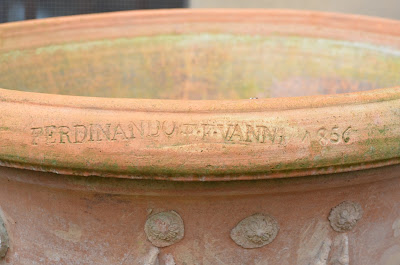 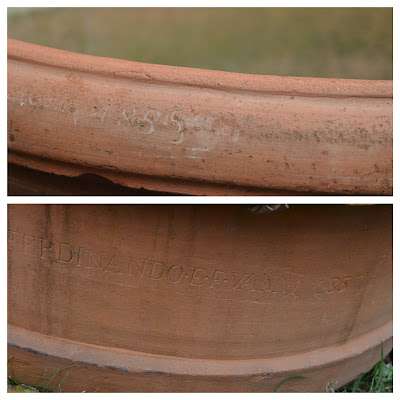 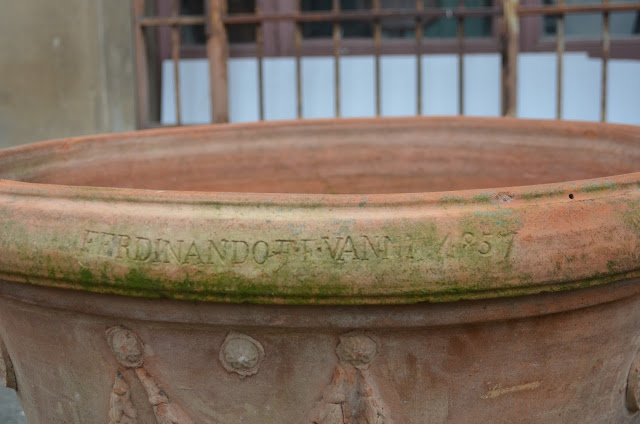 I tried to look it up on the Internet. I found hundreds of people selling pots, but no information that would help understand what exactly these inscriptions refer to.

Large pots also have grooves at the bottom to facilitate drainage. 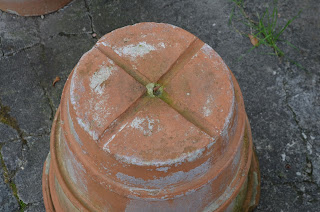 At the Giardino dei simplici, they also have a type of "saucer" to put under clay pots with a raised middle part, a style I had never seen before, but which I have now noticed in many other places in Florence. 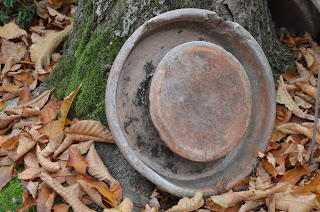 Hidden in an out of the way corner were these crippled pots.  Are they waiting to be repaired or beyond all hope of being reclaimed? 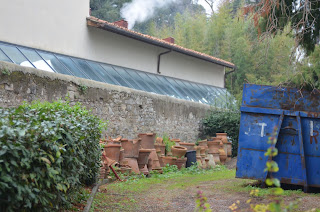 I end with two small shelters next to the pots in the first picture. In each of these is a small mattress and under the bench on the right is some food. This thoughtful accommodation is provided for the members of the mice and voles control department. 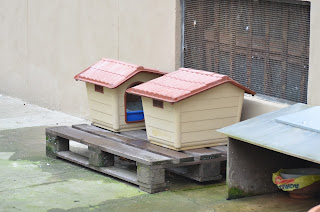 Posted by rochefleuriegarden at 2:56 AM