When we find ourselves in the place just right

The majority of gardening jobs have to be done in spring and one that takes a lot of time here is moving plants. Finding the right spot for a plant might seem straight forward enough, but it is much more difficult than it appears.

Much of the transplanting we have to do is not complicated. For instance, I have mentioned on various occasions that we have a hybrid  Rudbeckia (Gloriosa daisy) that  is best grown here as biennial and that self sows profusely. However, like most self seeders, it does not appear  where you want it. 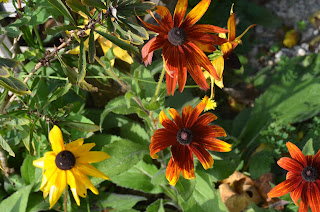 We like to grow it in the grass, outside the garden proper. However, it does not come of its own in the grass because there is too much competition. It most readily appears in the vegetable garden. If you want drifts of them in the grass you can manage it, but every single plant has to be moved as soon as possible in the spring. I have moved about 50 in the last week.

Later this summer, they will bloom generously where you transplanted them. 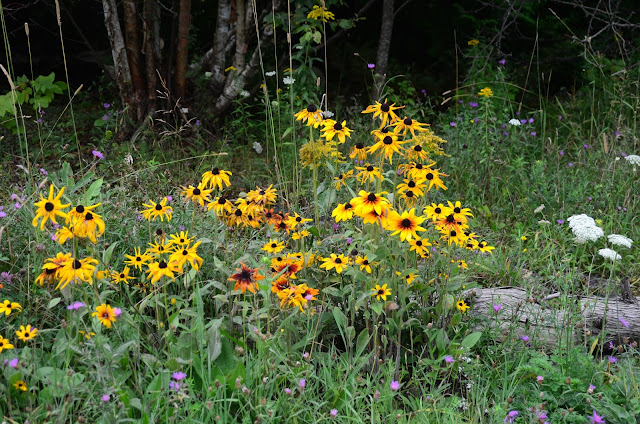 As I was saying above, finding the place just right for a plant is not always easy. Judging how much sunshine and how much shade an area gets at different times of the year can be tricky.

One of my favorite primula is Guinevere, and these last few years I have tried to increase my stock by  dividing them. Last year, I decided they would do better if I moved them as they were growing in full sun. I transplanted them in a spot that gets a lot of sun in spring, but not much in summer.


They were sure  to prosper in that new spot. In fact, they all died except for one small plant! Here is a picture of the tiny lone survivor.


Indeed, there is sun in spring where I moved them, but the summer is a great deal shadier than I realized. Fortunately one plant survived. This was a case of not assessing properly the growing conditions of the new spot.

Another example has to do with Digitalis purpurea. We do not have an ideal climate for regular foxgloves (they do not like our winters). However they can be grown, although we never have much success with them in this garden.

Last year, I decided to try growing some in a more sunny location, and they are responding nicely. I had always attempted to grow them in a spot that was too shady. It should not have taken me years to try another location. It did because I was convinced that they were in the spot that best met their requirements.

For plants just as for humans, "Tis the gift to come down where you meant to be".
Posted by rochefleuriegarden at 12:20 PM