In a previous posts, I mentioned that I would show pictures of a public garden in Victoria which I like particularly: the Abkhazi Garden. Not only is it a beautiful garden, it also has a romantic history.

It was created by an actual deposed prince, Nicholas Abkhazi, who married an heiress, Marjorie (Peggy) Pemberton-Carter, who had lost most of her property in the war, when both she and her future husband were interned in prisoner-of-war camps. In 1945, Peggy bought a one acre lot in Victoria, had a house built, married Nicholas Abkhazi and they set out to create a garden.

Regular readers will know we are not at home just now. However here are pictures of the house and garden taken a few years ago in the middle of winter. When snow gets as thick as in the picture below, you have to climb on the roof to shovel it off because if the weather warms up and it rains, the snow can get too heavy for low pitch roofs and they might collapse.

This is one of my favourite gardens in Victoria (you will see the other one in a future post). Government House is the official residence of the Lieutenant-Governor of British Columbia (the Queen's representative in the province).

The gardens are maintained by a group of volunteers who do an excellent job. One problem they have to deal with is deer. Some seem to live in the garden. After a while, you notice there are plants you would expect to see there, but are not. For instance, there is not a single hosta to be seen. I take it that it is because of the deer. I have only seen one or two dianthus,  probably because the soil is too acidic for their liking.

Let us go in by one of the main gates, checking the size of the tree on the right. 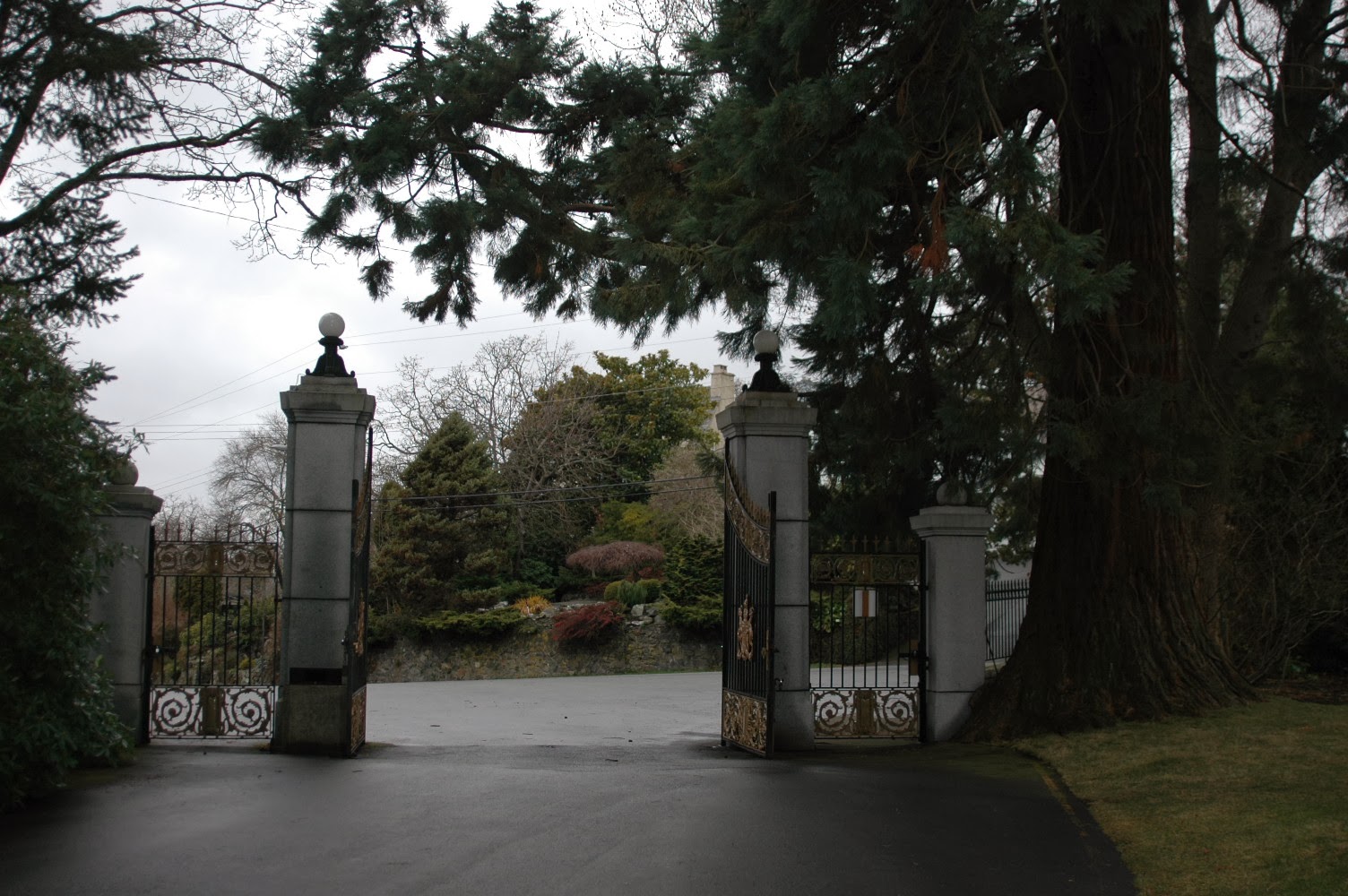 In one of the French blogs I follow (Un jardin à Pouzioux), François was saying about a month ago that he had had an attack of cyclamenitis. It is a disease I am quite familiar with, as I suffer from it as well. I don't know what it is about cyclamens that makes them so attractive. In my case, it might be in part because they are not easy to grow in our Ontario climate, and a gardener always loves a challenge. However I love them just as much in Victoria B.C. where not only are they not difficult, but they can be a weed! 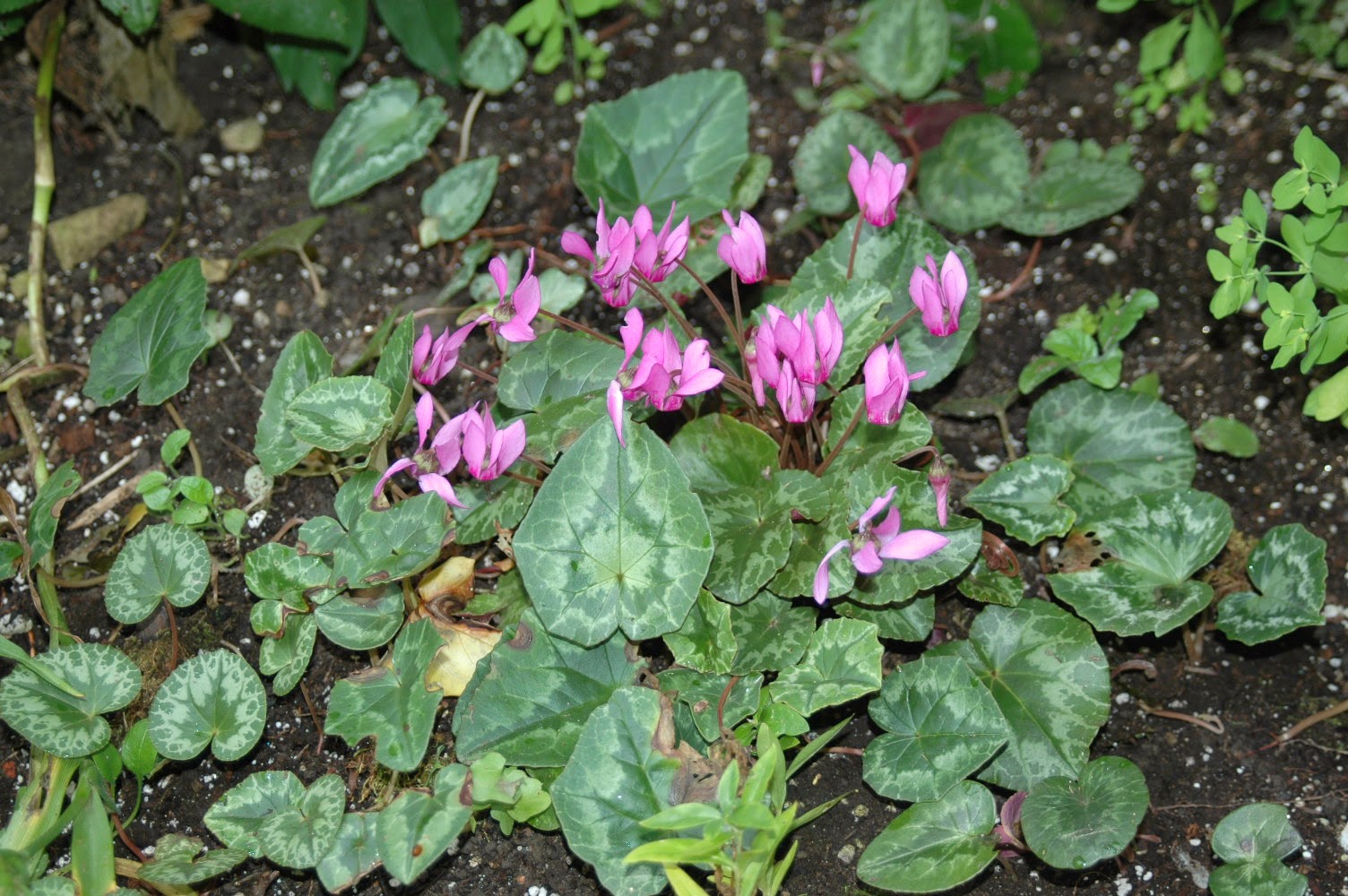 Email ThisBlogThis!Share to TwitterShare to FacebookShare to Pinterest
Labels: Cyclamen


I have been going through the tedious work of sorting the pictures I took over the last 12 months.  I am not very good at discarding, so there is a lot to sort. I promised myself that next year I will sort  them as I take them, but it might be wishful thinking as I am too busy at the time of the year I take most of my pictures. However, while sorting I came upon pictures of Dianthus amurensis and thought that this one plant deserves its own post.

Email ThisBlogThis!Share to TwitterShare to FacebookShare to Pinterest
Labels: Dianthus

Here is another set of ten garden gate photos taken in Victoria, British Columbia. Gates hint at the gardens they hide. They insure the gardens' privacy, but at the same time they tease the passerby with a glimpse of what might be discovered on the other side, the hidden side. Whether inviting or forbidding, the gate emphasizes the garden boundary and functions as a hinge between private and public life. 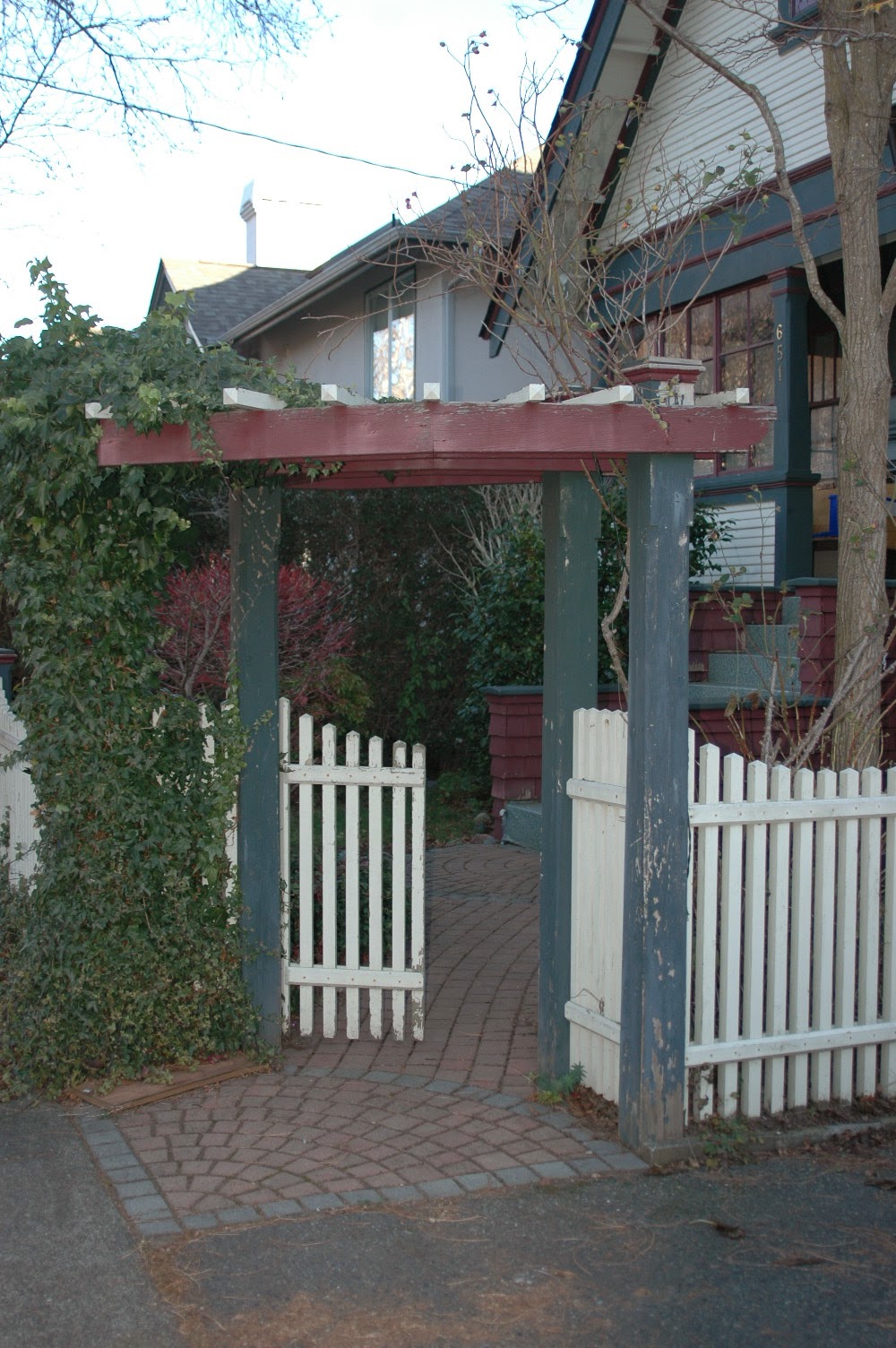 One of the things I like about Victoria B.C. are the garden gates. There are gardens all over North America, but few of them have gates like they do here. Just about every garden has a gate, and they rival with each other in originality. You have gates in all styles - some are practical, some are sophisticated, some are old and battered, many are romantic (in the "Come into the Garden, Maud, I am here at the gate alone" style). Here are ten of them. You can click on any picture to enlarge it. 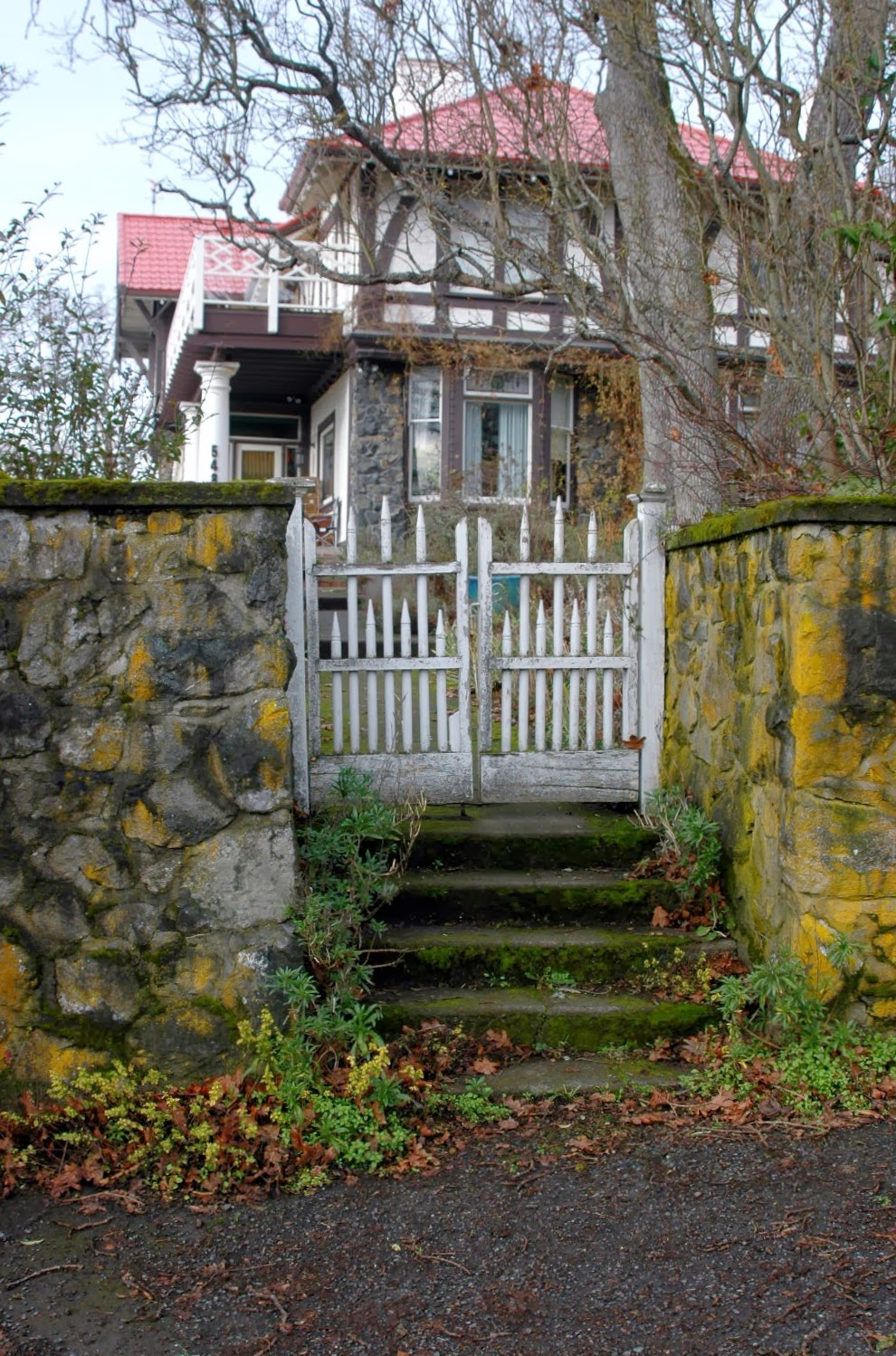 Read more »
Posted by rochefleuriegarden at 11:42 AM 8 comments:

In Bloom on December 2nd


All of those among you who garden in mild climates will not be particularly impressed by these blooms. However, if you consider that just now Roche Fleurie is buried under snow, many degrees below the freezing point, you will understand why they impress me. All these pictures were taken in Victoria B.C. on December 2nd.

Read more »
Posted by rochefleuriegarden at 10:50 AM 12 comments: