Small but Packing a Punch

Creeping mazus is the most successful mat-forming carpeter in our garden. It grows between rocks, and in the spring it is covered with mauve-lilac snapdragon-like flowers with a yellow-spotted lower lip. It is a very tough little plant that does not require any maintenance whatsoever or any work from the gardener other than to plant it. 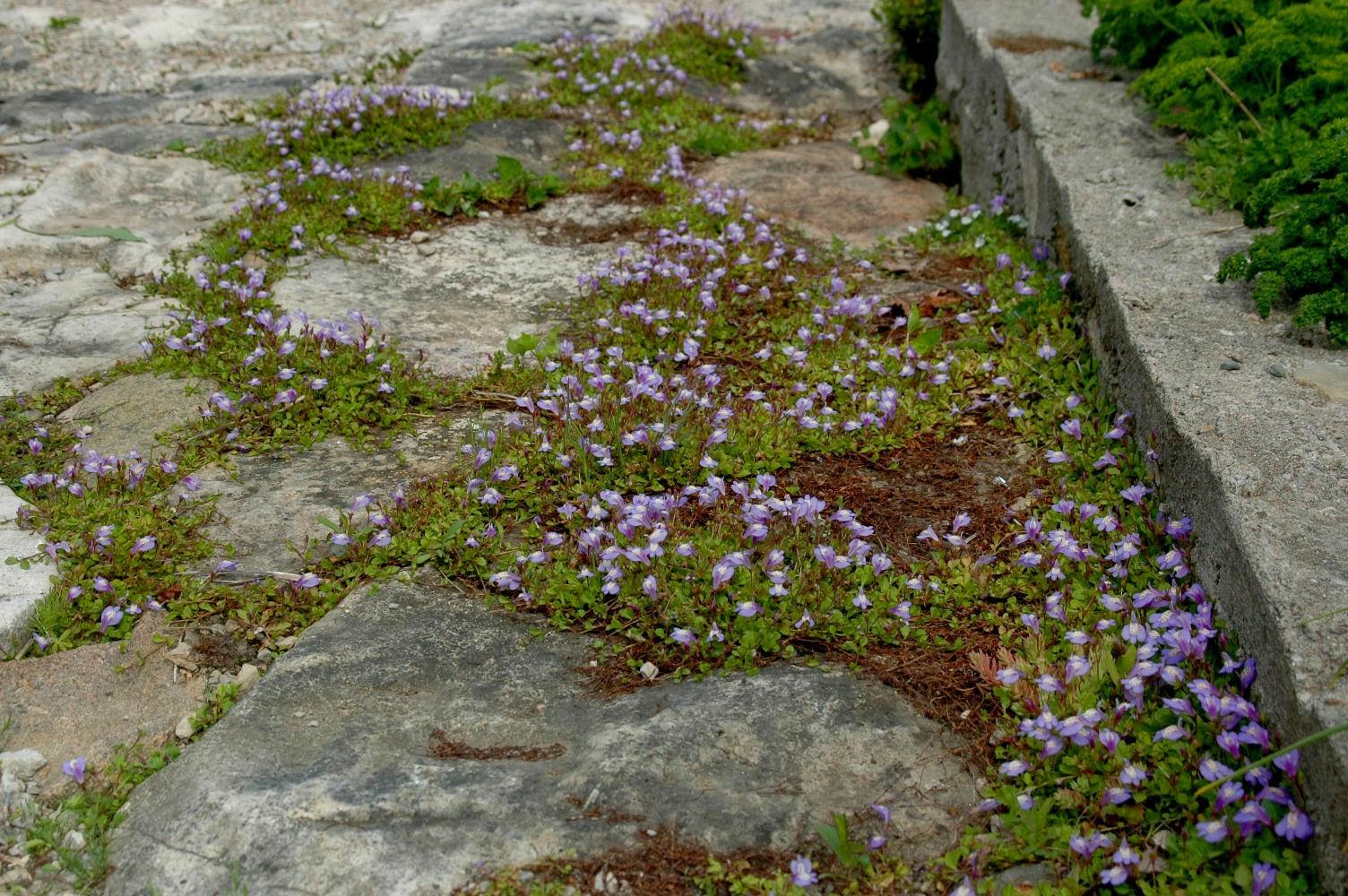 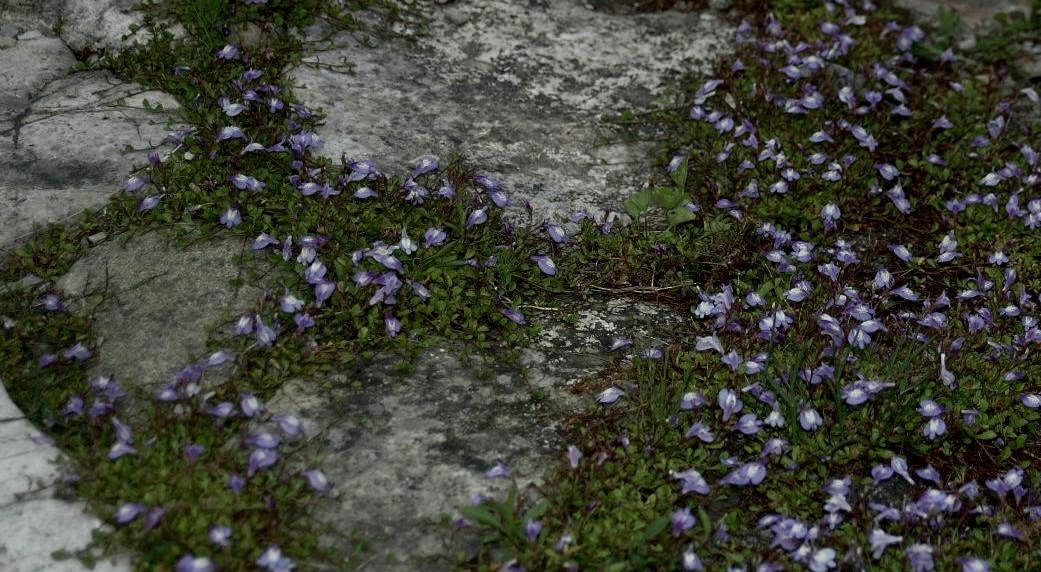 The plant has spread all over the limestone used to pave our paths. When it gets to the other end of a stone and hits the ground once more, the stem is able to take root, and this is how, with time, it can cover a large area. In late spring, the rocks are more or less covered completely. However, when summer comes, and rains are infrequent, sections over the rocks dry-up and disappear, but the rooted sections between the rocks survive to re-colonize the rocky areas when it is wet again. It is supposed to like rather wet, but well-drained soil. We grow it in a rather dry area, but I expect it gets the moisture it needs from under the stones. 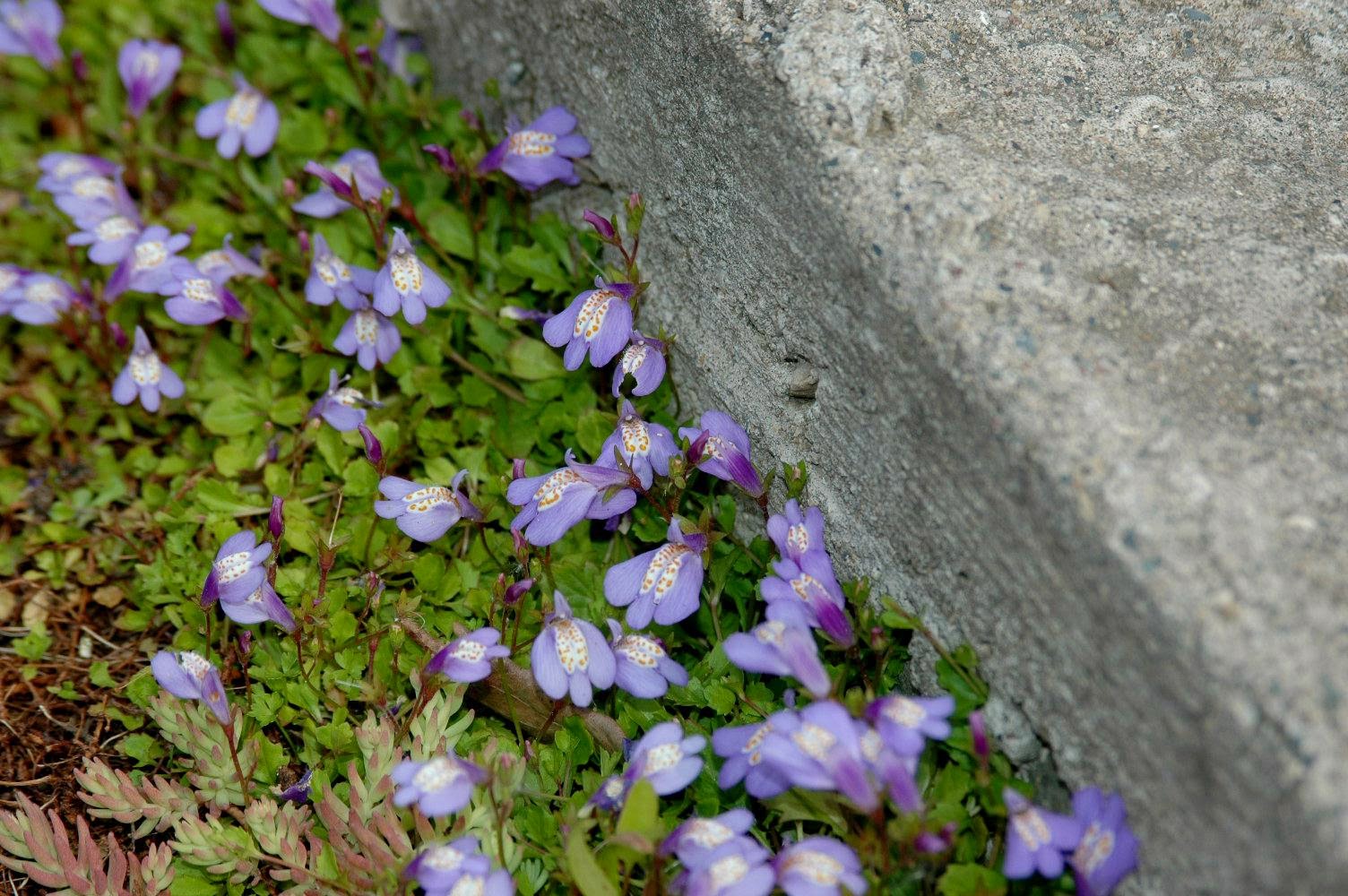 It is not particularly fragile. It survives moderate foot traffic.  It hugs the ground and gets to be only 5 cm (2 inch) tall. It is native to the Himalayas and survives in hardiness zones 5 to 8. I have seen it used as ground cover, and apparently it can also be used in containers. In our garden it blooms at the same time as daffodils. We grow it in full sun. 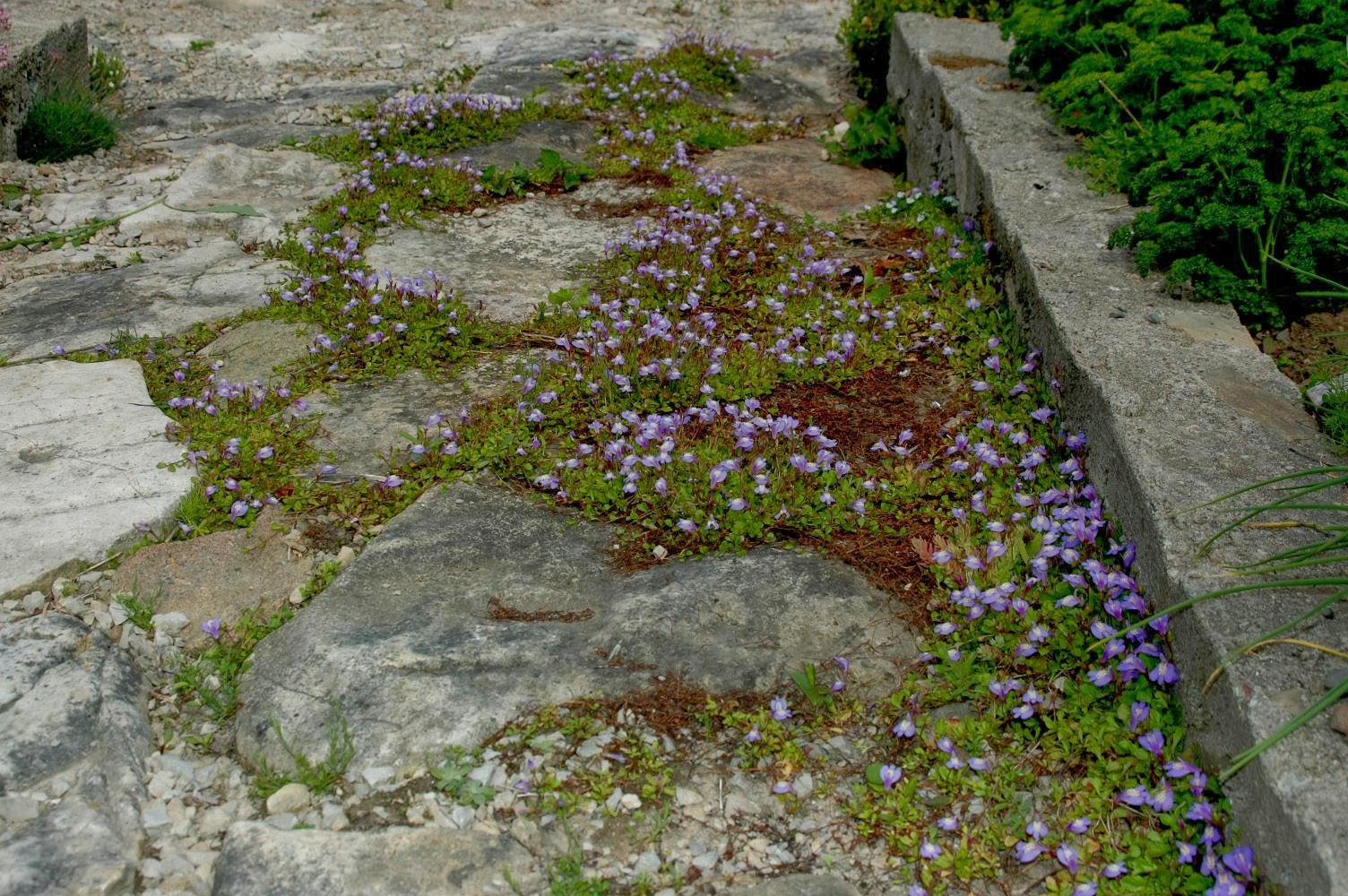 It does not require particularly rich soil as these rocks on the path sit on unimproved clay. It is perennial and survives the winter well (under snow cover). It is supposed to be easily divided by cutting off and rooting sections of it. We have given cuttings to people, but we never have had to divide it ourselves since it spreads quite well on its own. It is also supposed to be deer resistant and to do well in slightly acidic to alkaline soil. In the photo below, you see it from a distance, in front of the raised bed. 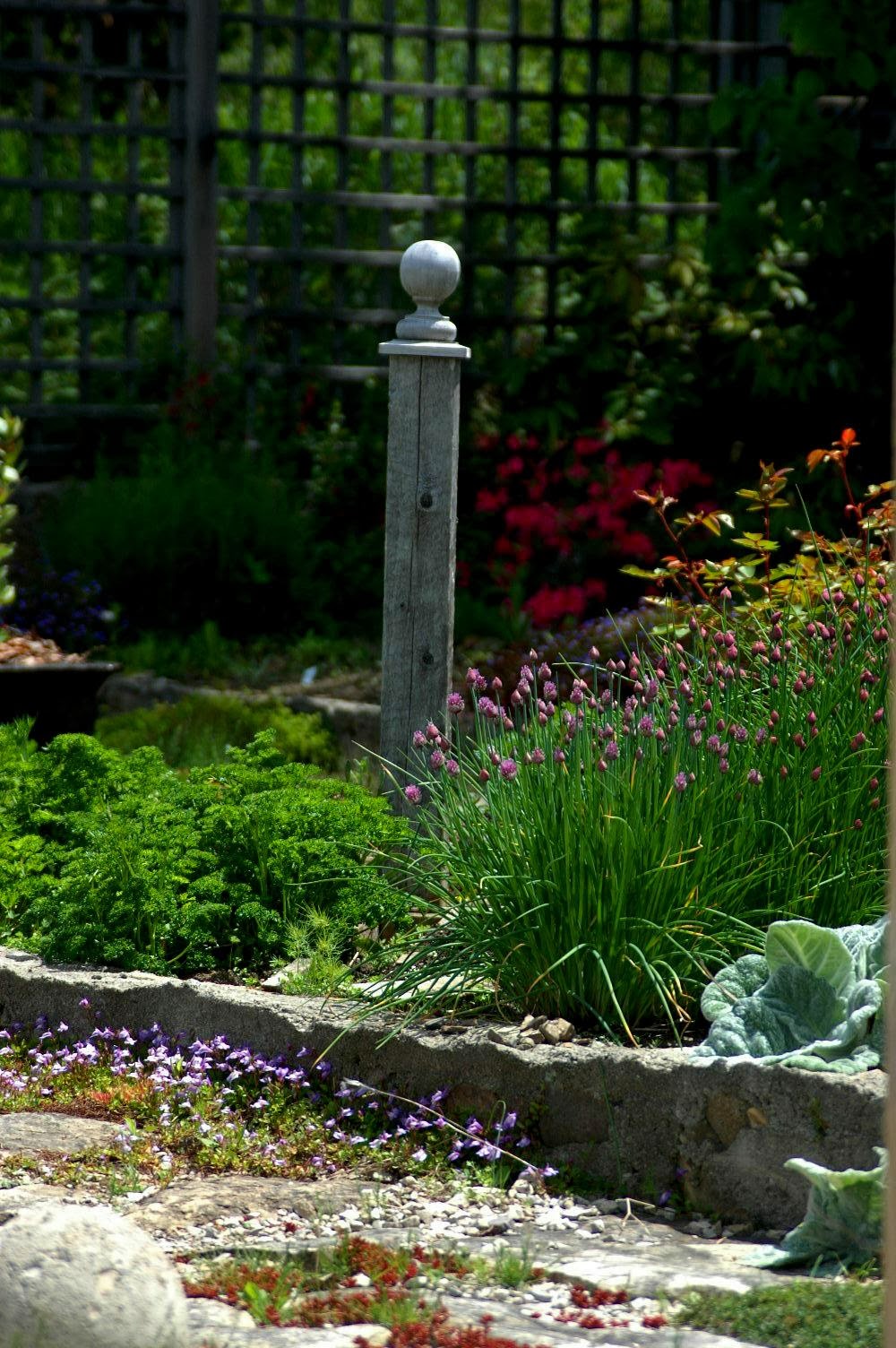 Posted by rochefleuriegarden at 8:36 AM