What is in Bloom in Kitchener, Ontario

Last week I had a post on what was in bloom in Victoria, British Columbia. I thought I would do the same thing for Kitchener, Ontario this week. Nothing is yet in bloom. These pictures give you an idea of the kind of winter much of North America is having. 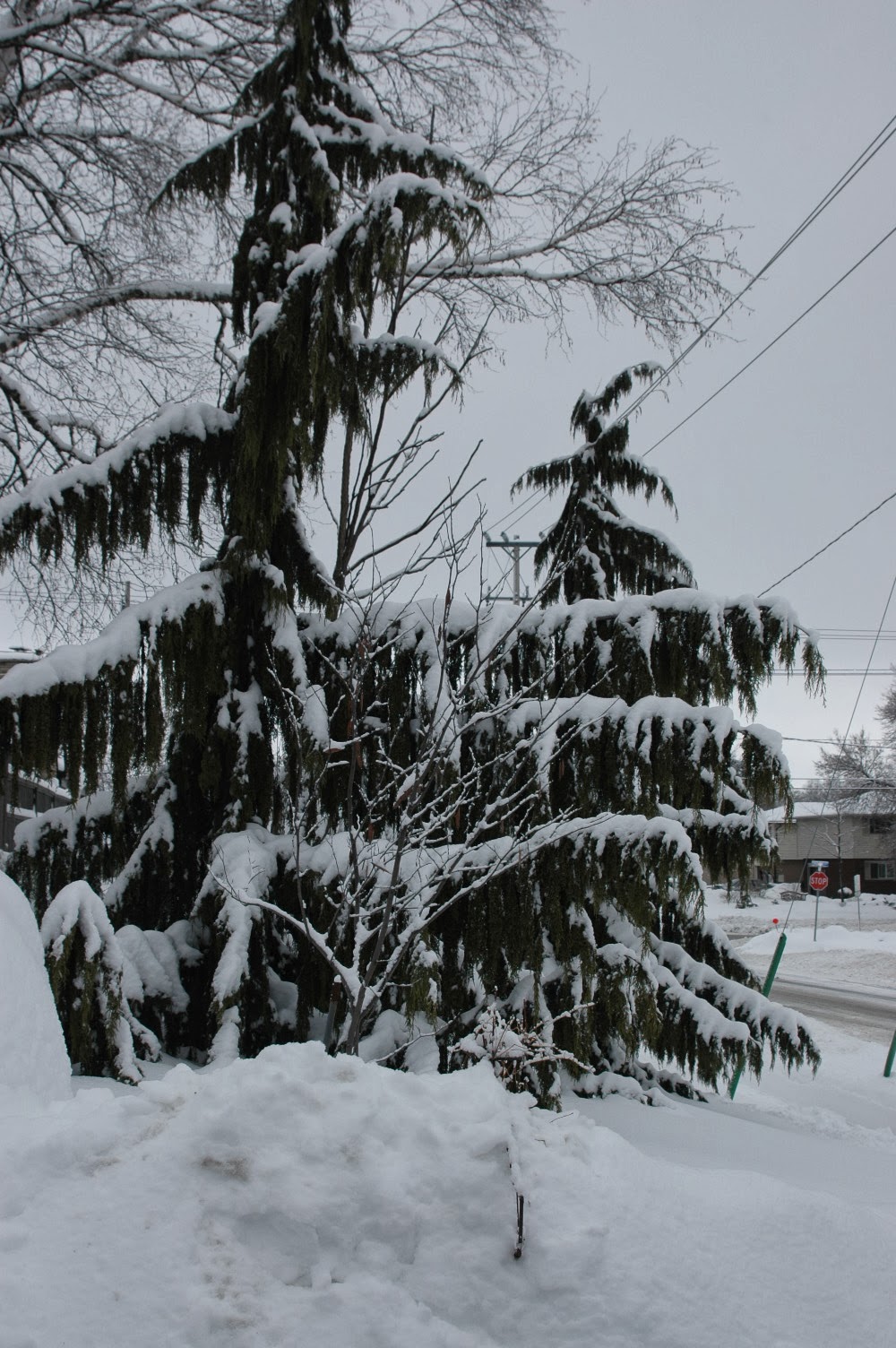 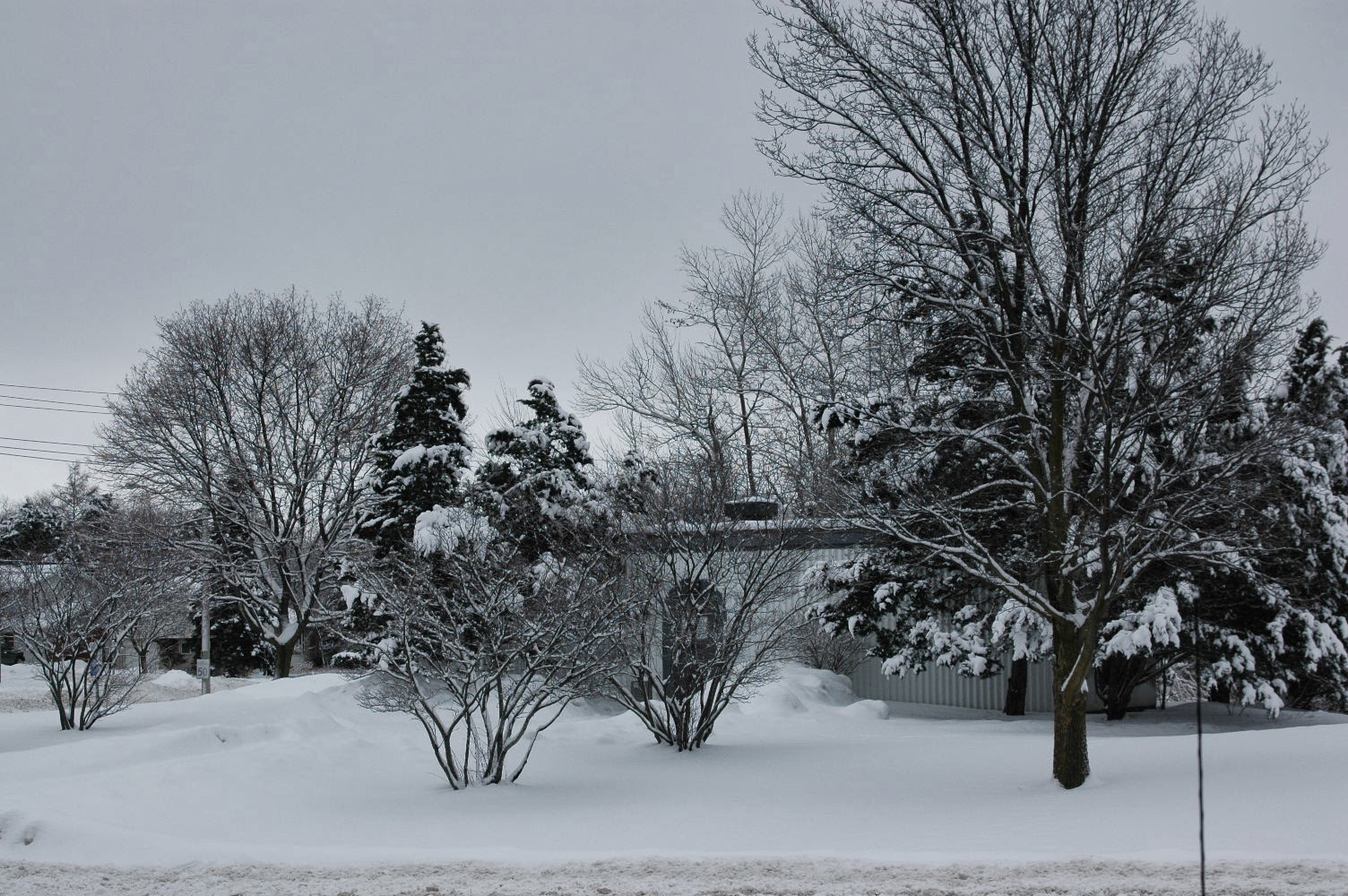 And to finish with,some steps just after the snow was shoveled off for the third time in 24 hours. It must be said, however, that this is not a typical winter. It has been many years since we have had this much snow.

Except for a few short breaks, last week the Bruce Peninsula (where Roche Fleurie is) was cut off from the rest of the world for a week as the snow removal crews were not able to cope. Here is an article about it :
http://www.therecord.com/news-story/4344183-bruce-peninsula-residents-get-cabin-fever-as-snow-closes-stores-roads-businesses-and-schools/ 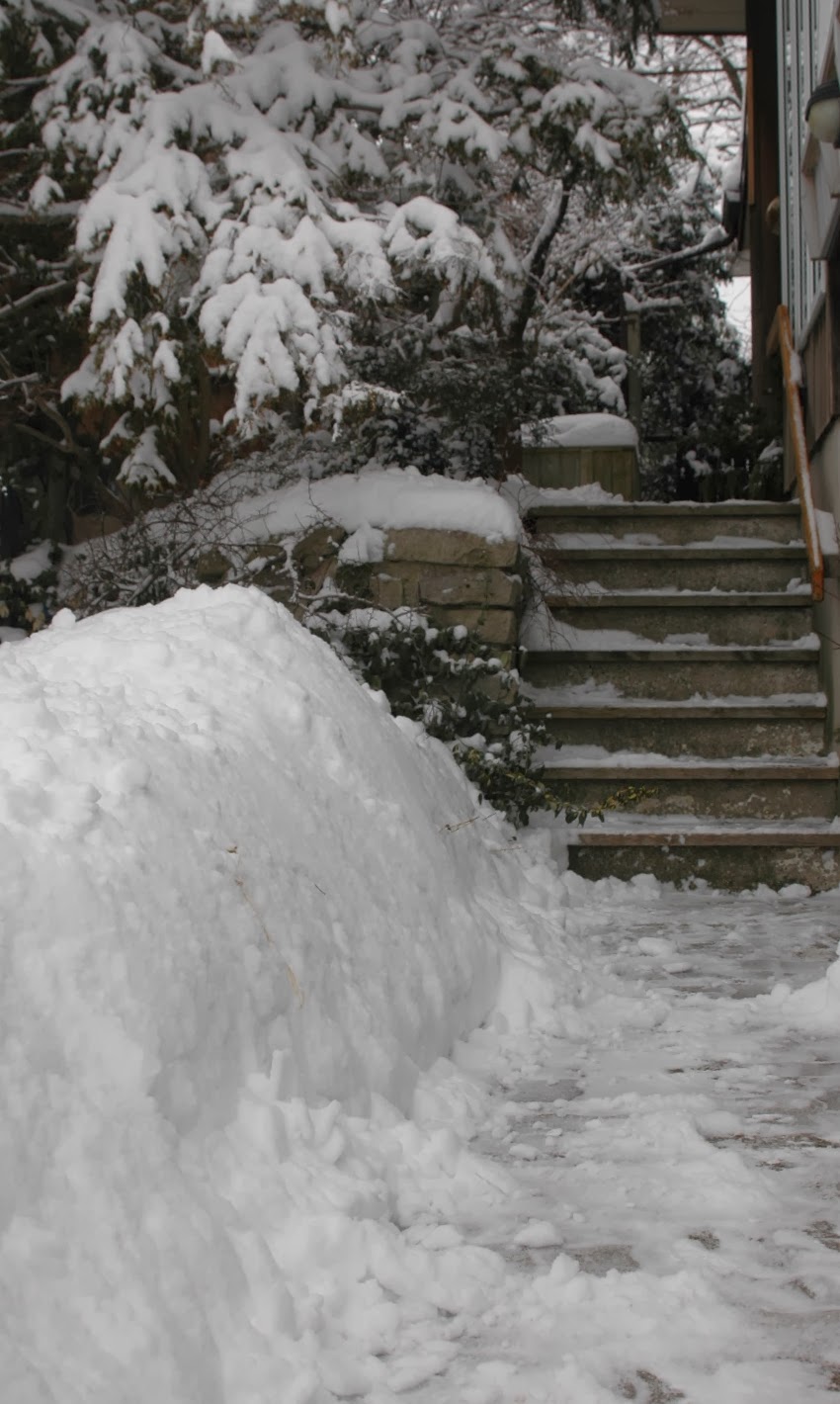 Posted by rochefleuriegarden at 1:30 PM

Email ThisBlogThis!Share to TwitterShare to FacebookShare to Pinterest
Labels: Winter