Ten days ago we were under snow.   Now many of the flowering plants that bloggers from warmer climates have been describing in the last month have rushed into bloom here too. However,  if blooms are important markers of the changing seasons, here and at this time of the year, they are not the most obvious. 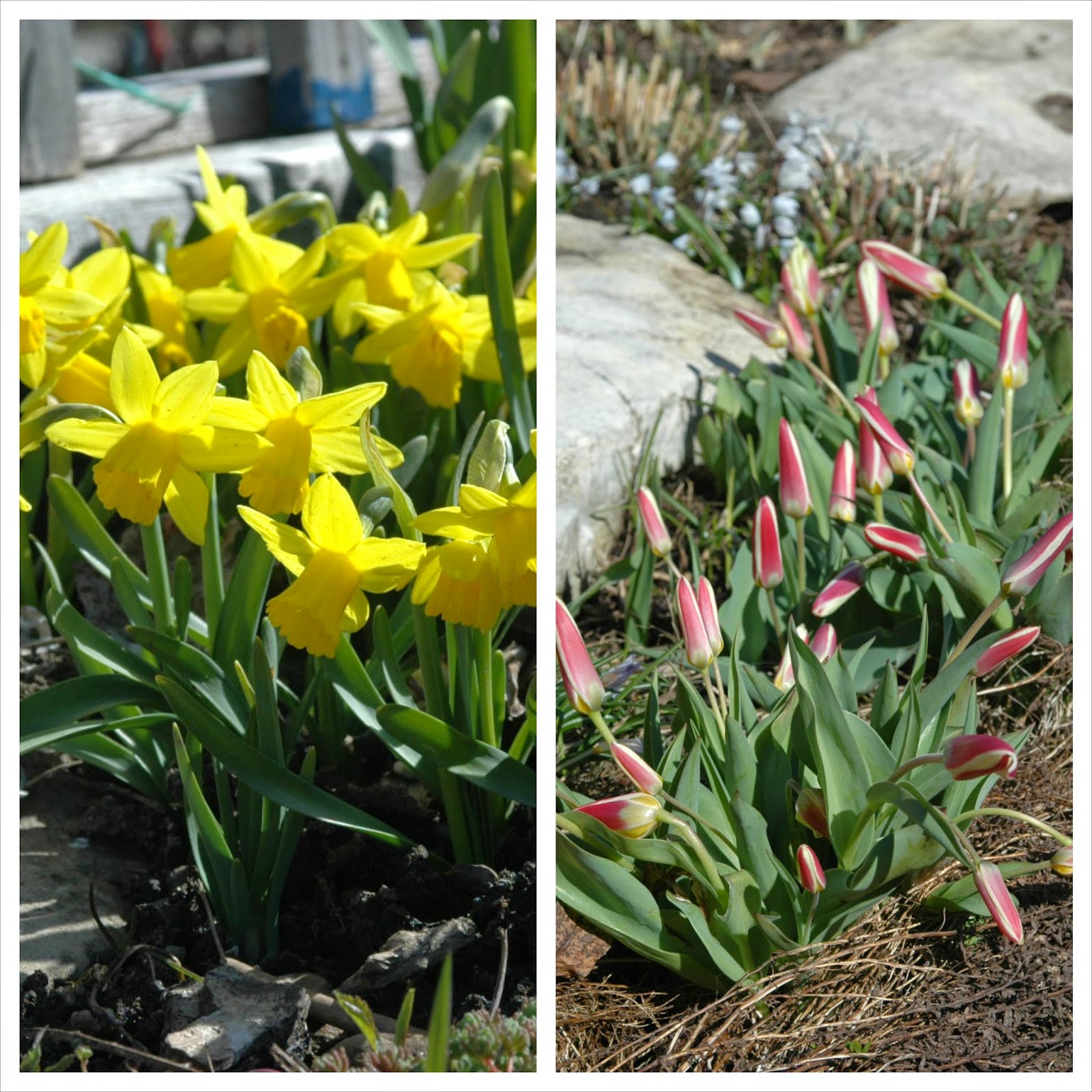 We had a very sunny, warm day, yesterday, and I took this opportunity to prune currant and gooseberry bushes.

Because the earth bulges at the Equator and is flattened at the Poles, the halfway point between the Equator and the North Pole is actually 16.2 kilometres north of the 45th parallel. This means that the garden here is just about at that halfway point. It also means that we are roughly at the same latitude as Grenoble, Turin, Simferopol in Crimea, Xinjiang in China, Hokkaidō in Japan, Michigan and Wisconsin in the United States. However, our climate here in Ontario and that of the two northern states is, to say the least, very different from that of Grenoble or Turin. Only now is the last snow  melting as you can see below. 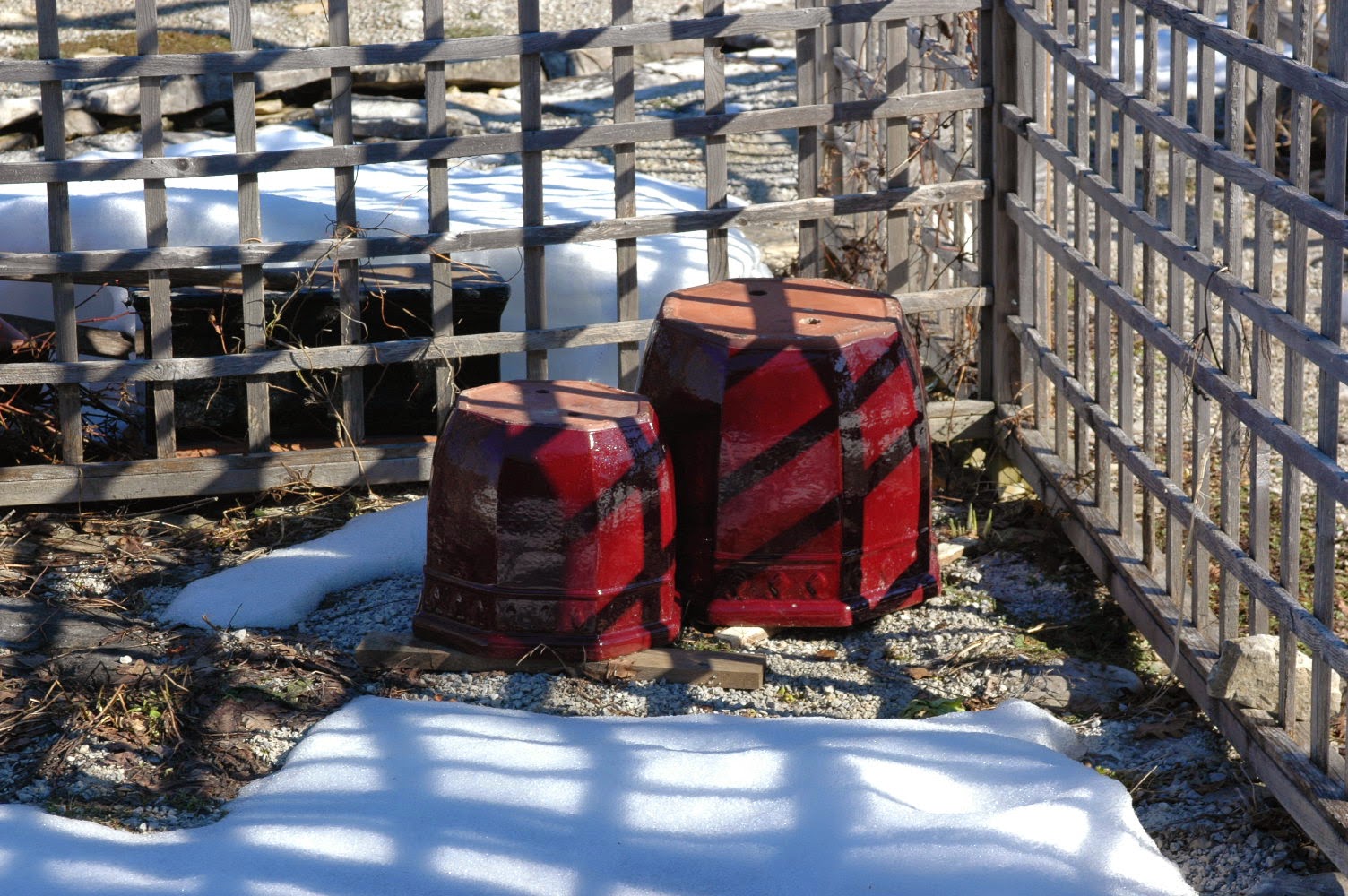 Read more »
Posted by rochefleuriegarden at 10:20 AM 36 comments: