A few weeks ago I had a post about Achocha, a vegetable the Inca are supposed to have eaten. I grew several other uncommon vegetables this year. Some of them are not very well known simply because they don't deserve to be, but others I am pleased to have discovered. Here are descriptions of three vegetables new to me.

As you can see, the little watermelon (Melothria scabra)  looks like a watermelon, but it is tiny. It is also a South American plant. The taste has nothing to do with watermelon, but it is in fact very close to that of cucumber.  The plant is a  climber that reaches about 4 feet tall. I grew mine on galvanized netting.They are pest free and rather attractive. Beside being eaten raw, like cucumbers, they can be used in stir-fries or even be pickled like gherkins. 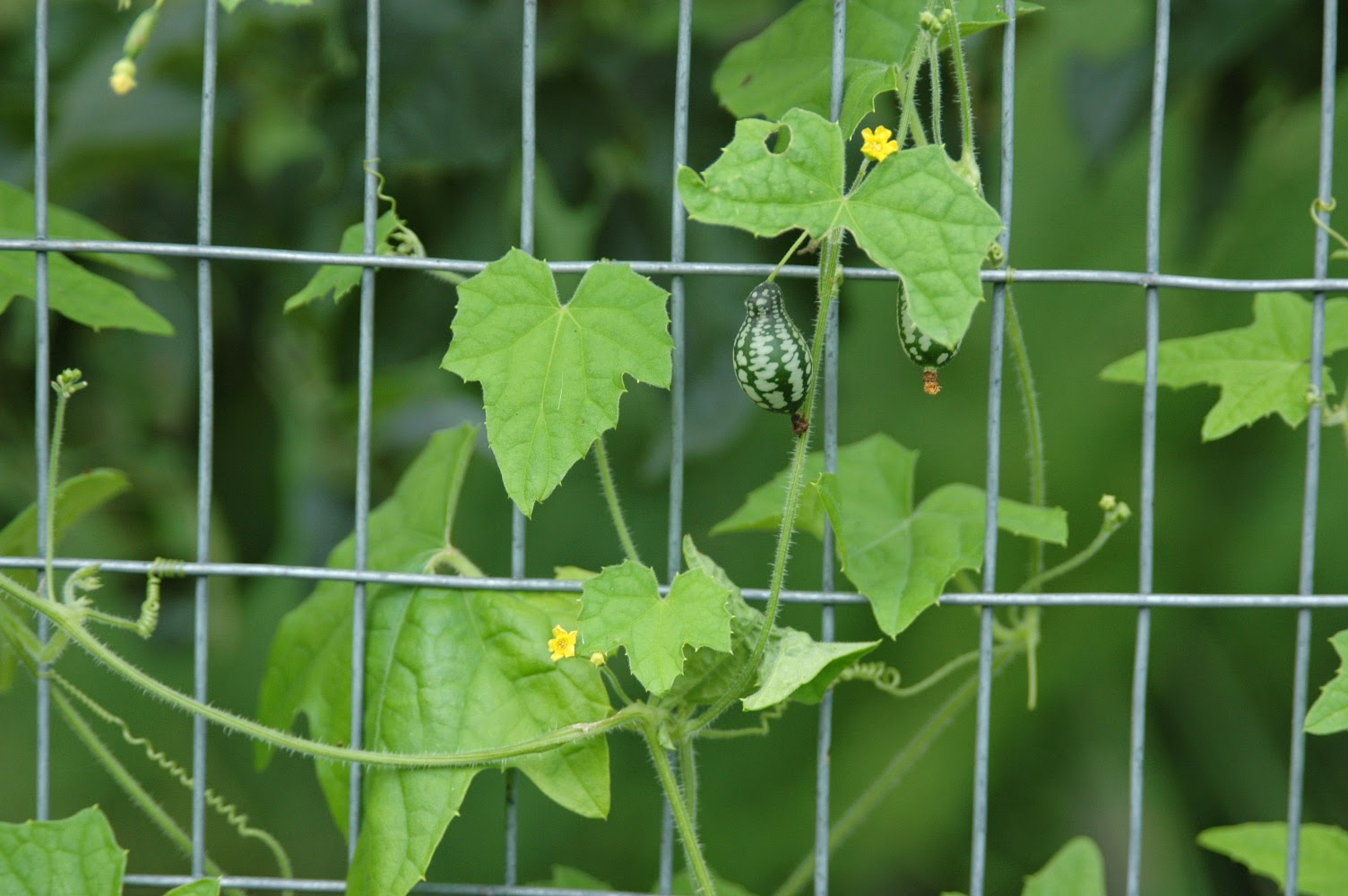 I do not think I will grow them again. They are tasty enough, but their chief attraction is the novelty factor. I noticed that people find them interesting but don't seem to have tasted them. They look rather impressive with other things on a salad plate. They are said to be very productive, but it has not been my experience. This is probably due to the fact that we had a rather cool summer.


Another climber I grew for the first time was asparagus peas (Tetragonolobus purpurea). It has a very nice flower, and you eat the seedpod which is described as having a delicate asparagus-like taste. I would say that it falls in the category of vegetables that are unknown for the simple reason that they are not very palatable. I found the pods tough, stringy and rather tasteless. You can see both the flower and the pod in the following picture.

As I said, the pea flower is rather striking and can look good in flower arrangements, but I do not  expect to grow the plant again as it is very disappointing as a vegetable. The taste of the pea is bland, and the texture is very coarse and tough.

The final vegetable that I tried for the first time this summer is husk tomato. It looks like a small tomato encased in a paper "bag",  just like the invasive perennial "Chinese lantern" (Physalis alkekengi) to which it is, in fact, related as the husk tomato is Physalis philadelphica.

Contrary to the little watermelon and the asparagus pea, this was a complete success. They grew very well, and they make a world of  difference in South American dishes like guacamole and salsa, to which they give a slightly tart, lemony taste. They are supposed to be a staple of Mexican cuisine. 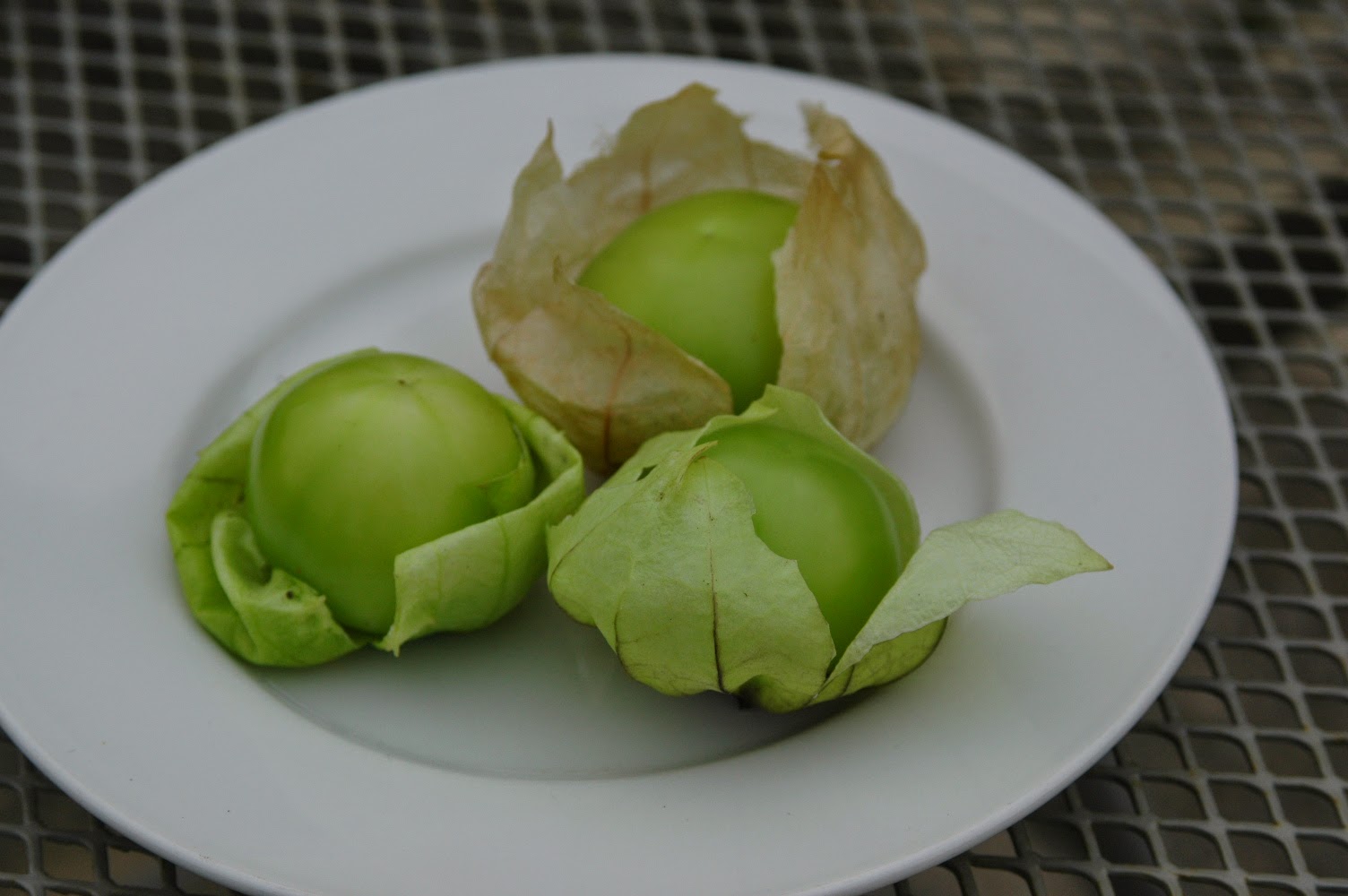 You grow them like tomatoes. This means that in our climate they have to be started indoors or in a warm place outside and transferred elsewhere only when temperatures get warmer. They are very prolific, and the plants get very heavy. I had them in regular tomato cages, but some were knocked down by the wind, cage and all because they were too top heavy. 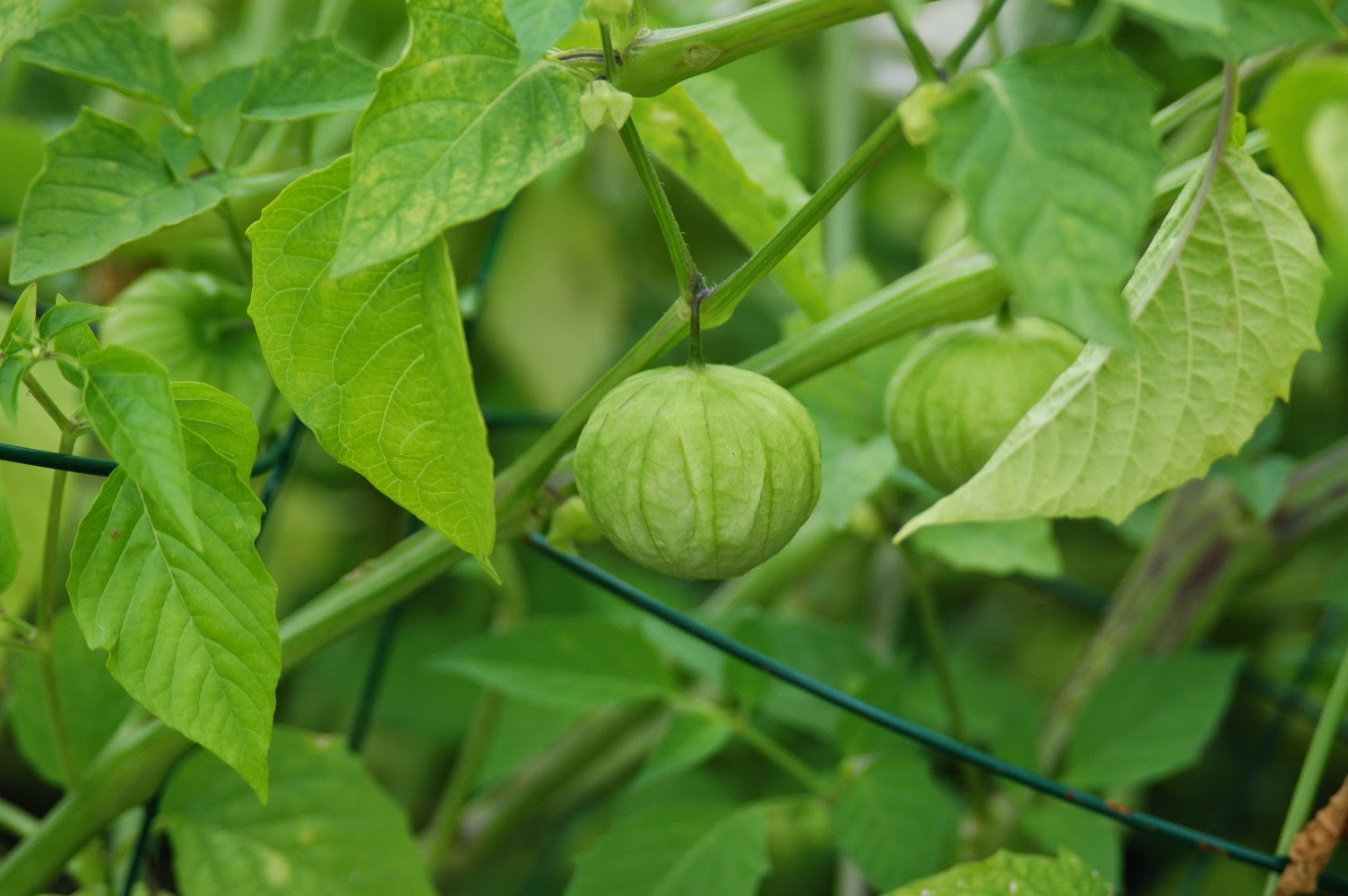 I will certainly grow them again next year, but I may start perhaps fewer plants. I had five of them, but one or two would have been enough as they are much more prolific than tomatoes.

Posted by rochefleuriegarden at 8:38 AM

Email ThisBlogThis!Share to TwitterShare to FacebookShare to Pinterest
Labels: Vegetable