This afternoon we stopped for a few minutes at a beach on Lake Huron. There were families with dogs, kites and beach chairs, swimmers - everything that you would expect on a hot day by the water in August. However, in the sand dunes leading to the water there were also interesting plants that are not very obvious, although they are very attractive.

It was rather windy close to the water, so pictures were difficult to take. The most spectacular plant in bloom on the beach just now is the Smaller Fringed Gentian (Gentianopsis virgata). It sometimes grows  singly, but usually it is in drifts. 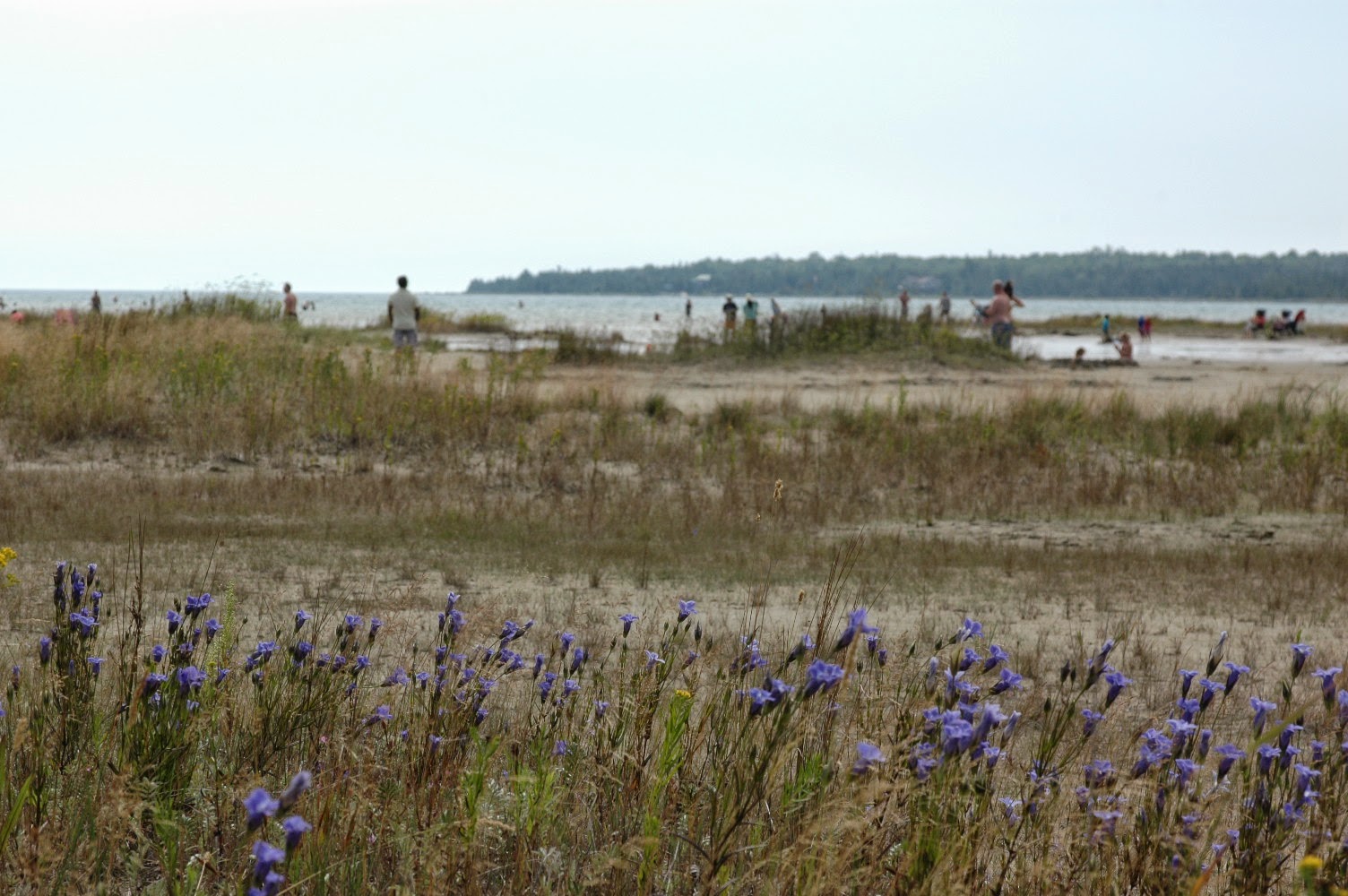 And another very attractive plant which has been in bloom for several weeks now is the Grass of Parnassus (Parnassia palustris). It grows in small clumps here and there on the dunes.

Much of the area around the beach is a fen, so the plants are those common to alkaline marshes. However some areas must be acidic since you see a lot of two carnivorous plant associated with bogs - sundews and pitcher plants.

The sundews (Drosera intermedia) are on the left and top of the picture, and the red pitcher plant (Sarracenia purpurea) is in the middle. The latter was named after Michel Sarrazin (1659 - 1734), an early Quebec City surgeon.

One garden plant we are familiar with that grows on that beach is Helenium autumnale. However, seen in this natural but poor soil environment, it looks much more humble than its garden cousins.

I spare you the invasive aliens and the numerous asters and goldenrods also in bloom to end with a little charmer. A diminutive plant that blooms most of the summer which I have not identified. Perhaps some of you might know what it is. 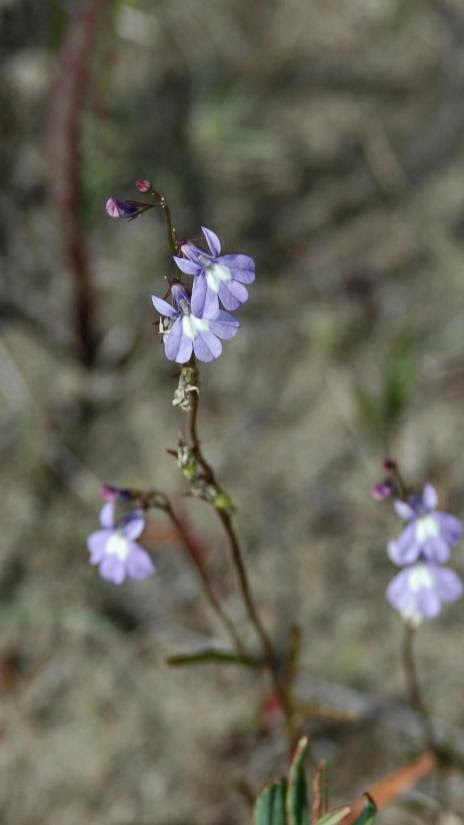 All these pictures were taken the afternoon of the 25th of August - one of the few hot days in a rather coolish summer.

Posted by rochefleuriegarden at 7:59 PM