The idea of  "Fleurs du jour" is to show a few of the things that are in bloom at various dates, always using the same vase and the same setting. 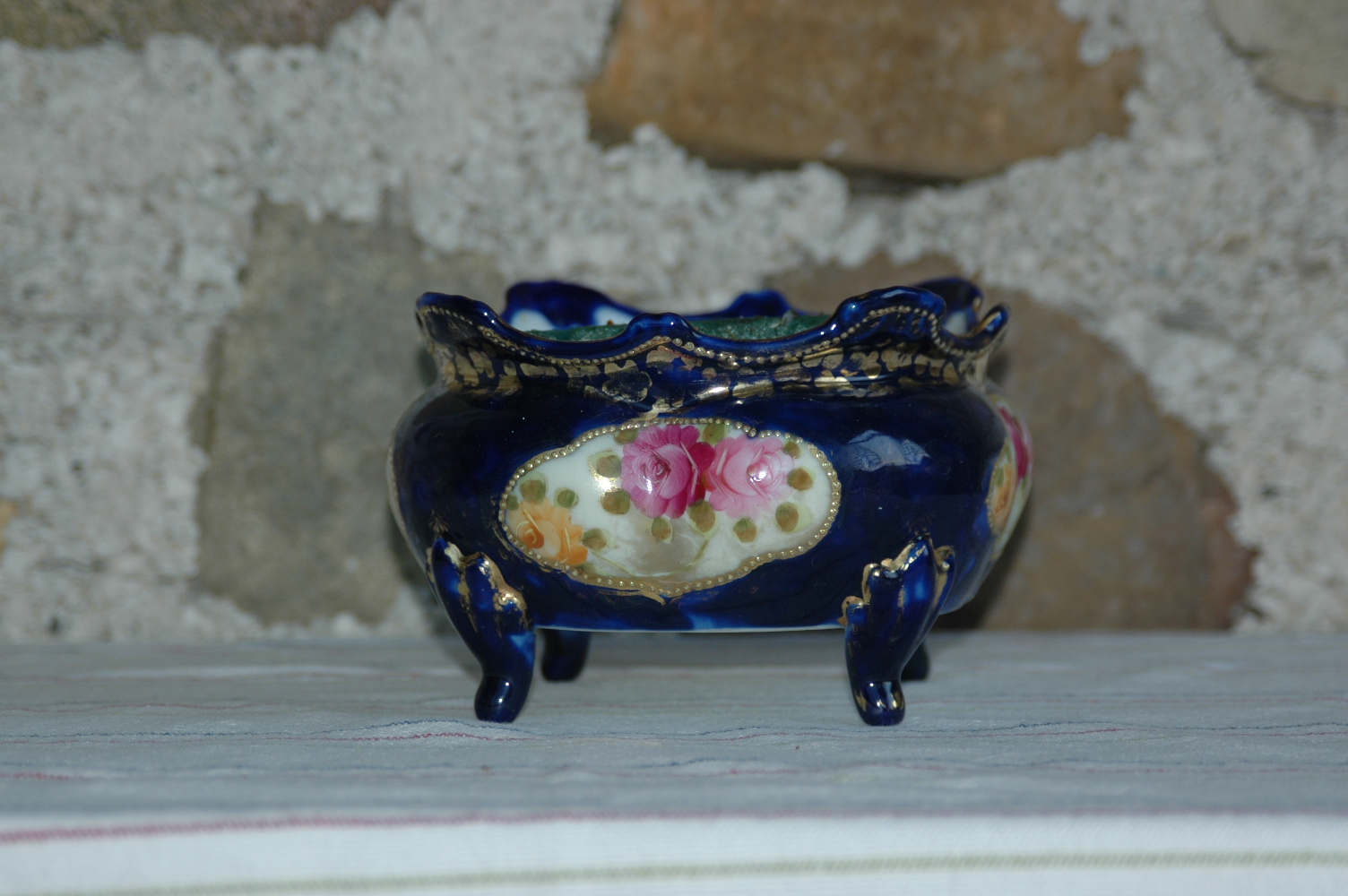 This “old-lady” flower vase was given to me by my friend Elaine (Elaine is one of these people who has an “eye” for finding unusual things her friends will like). Whenever I see it, I think of old television cartoons, and I am convinced that the moment no human is looking, this plump little vase starts walking and dancing on its stubby legs, but stops short the moment you look at it. 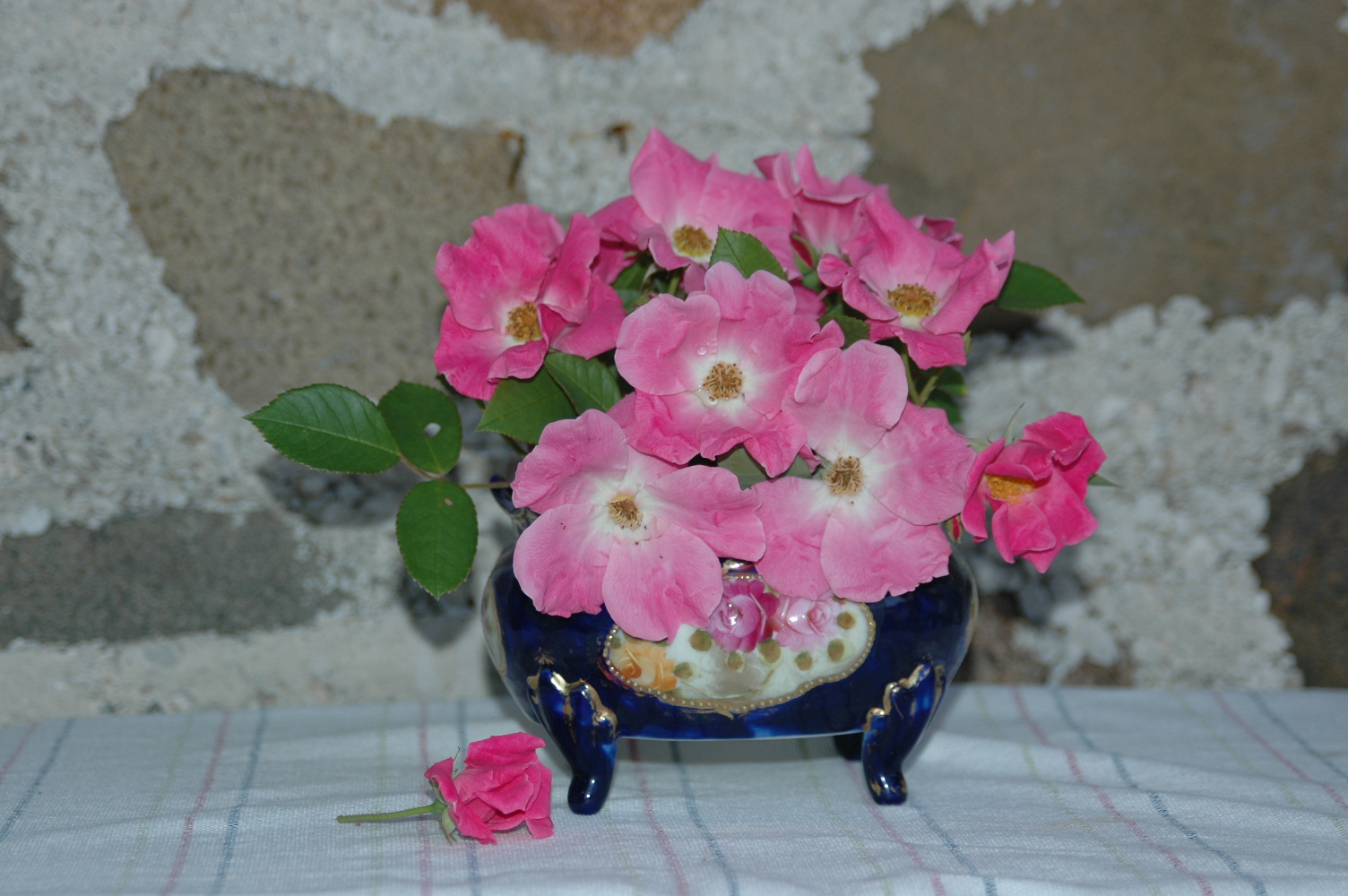 June 30th
Rose "Nearly Wild" (that is its name, it is not a wild rose) 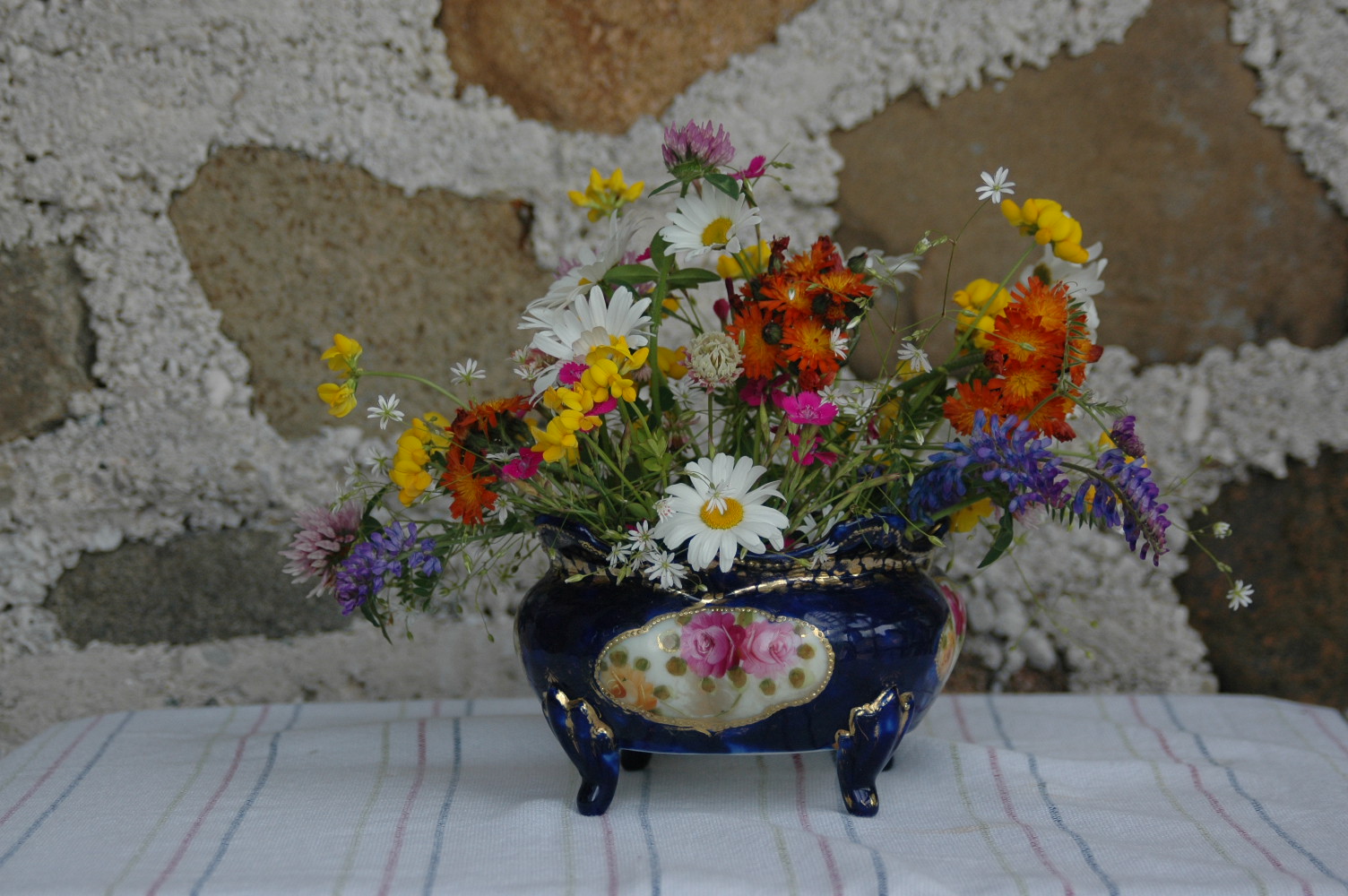 June 29th,
All flowers in bloom in the meadow (except for the dianthus) 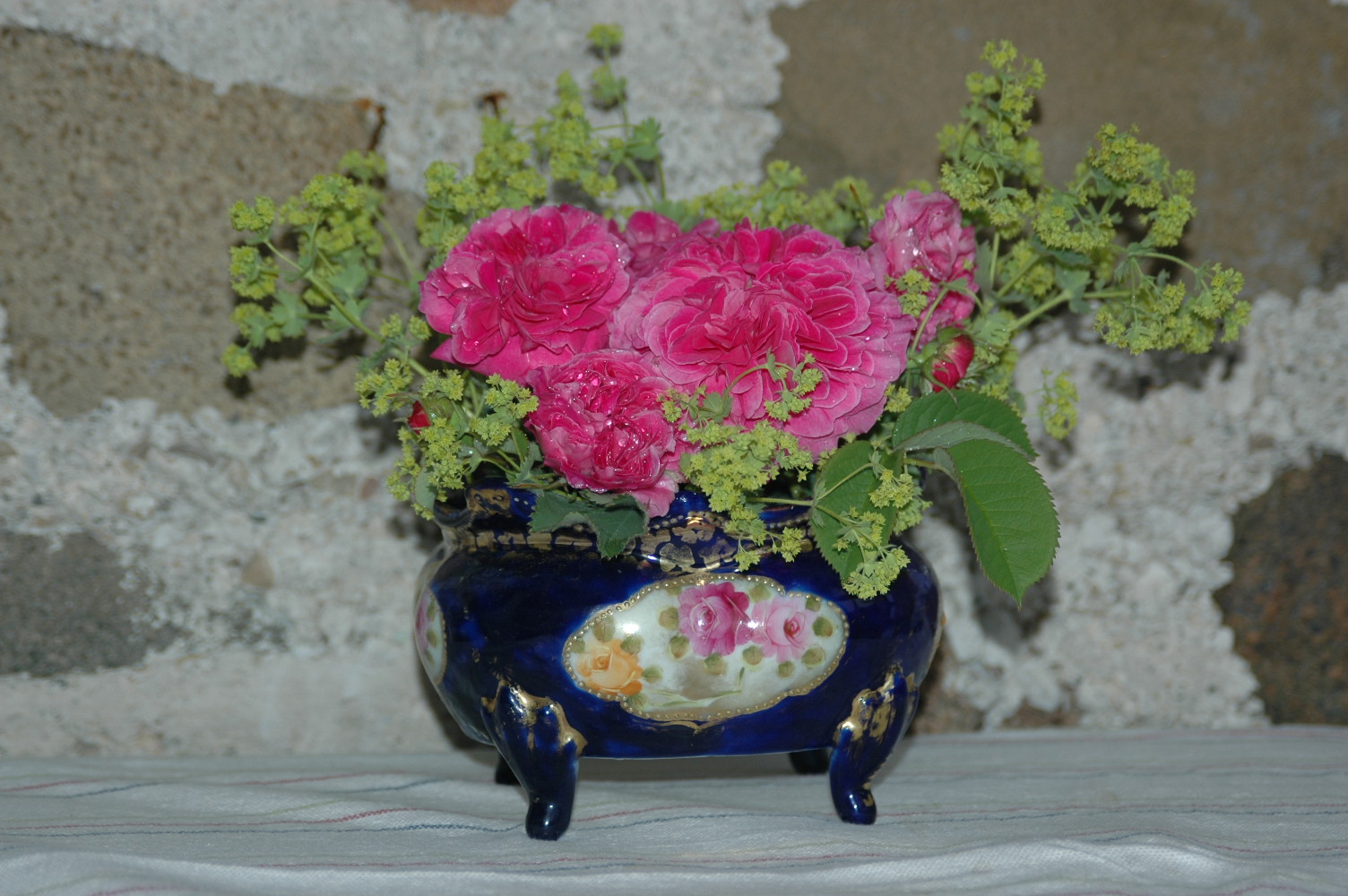 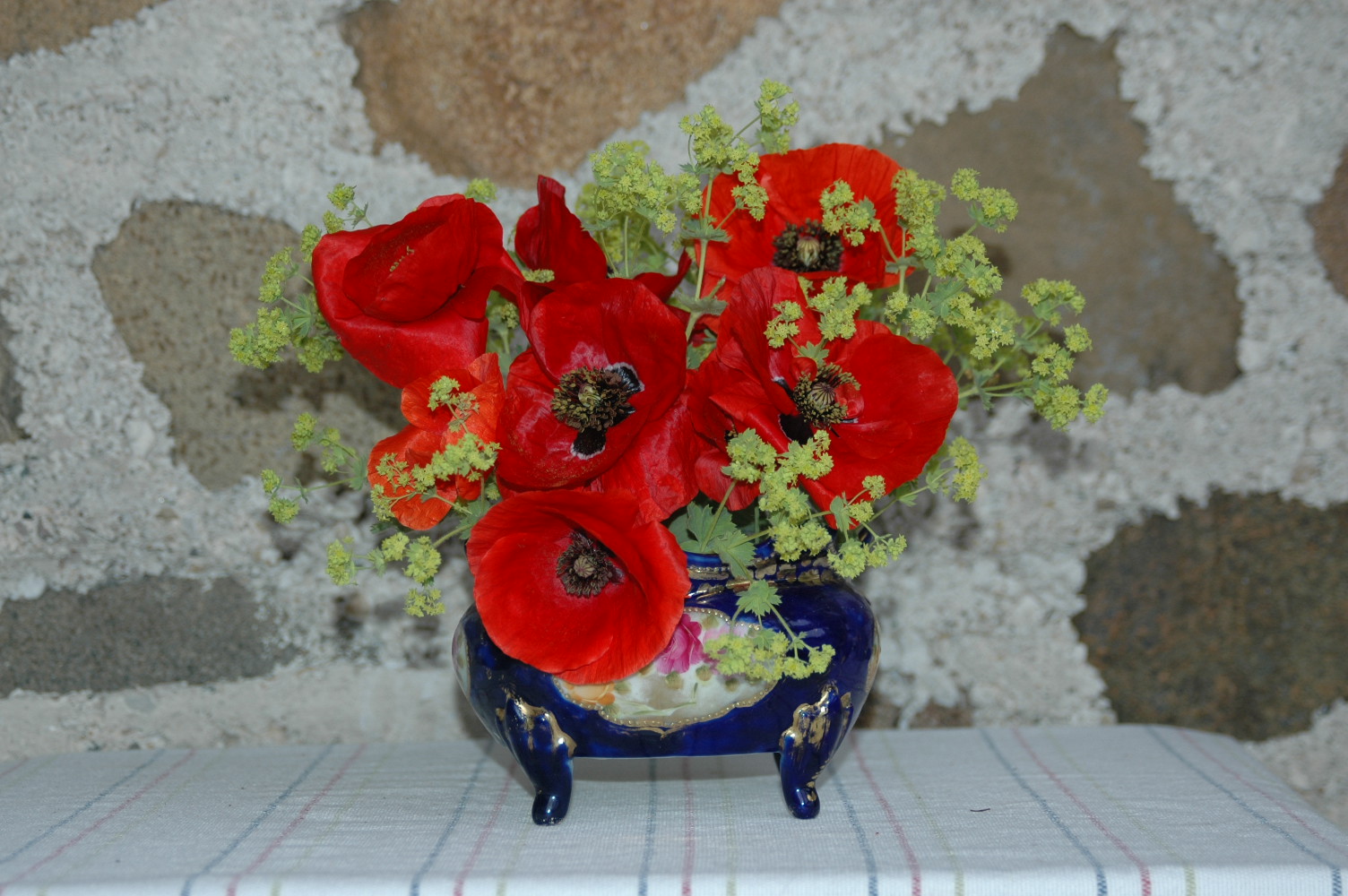 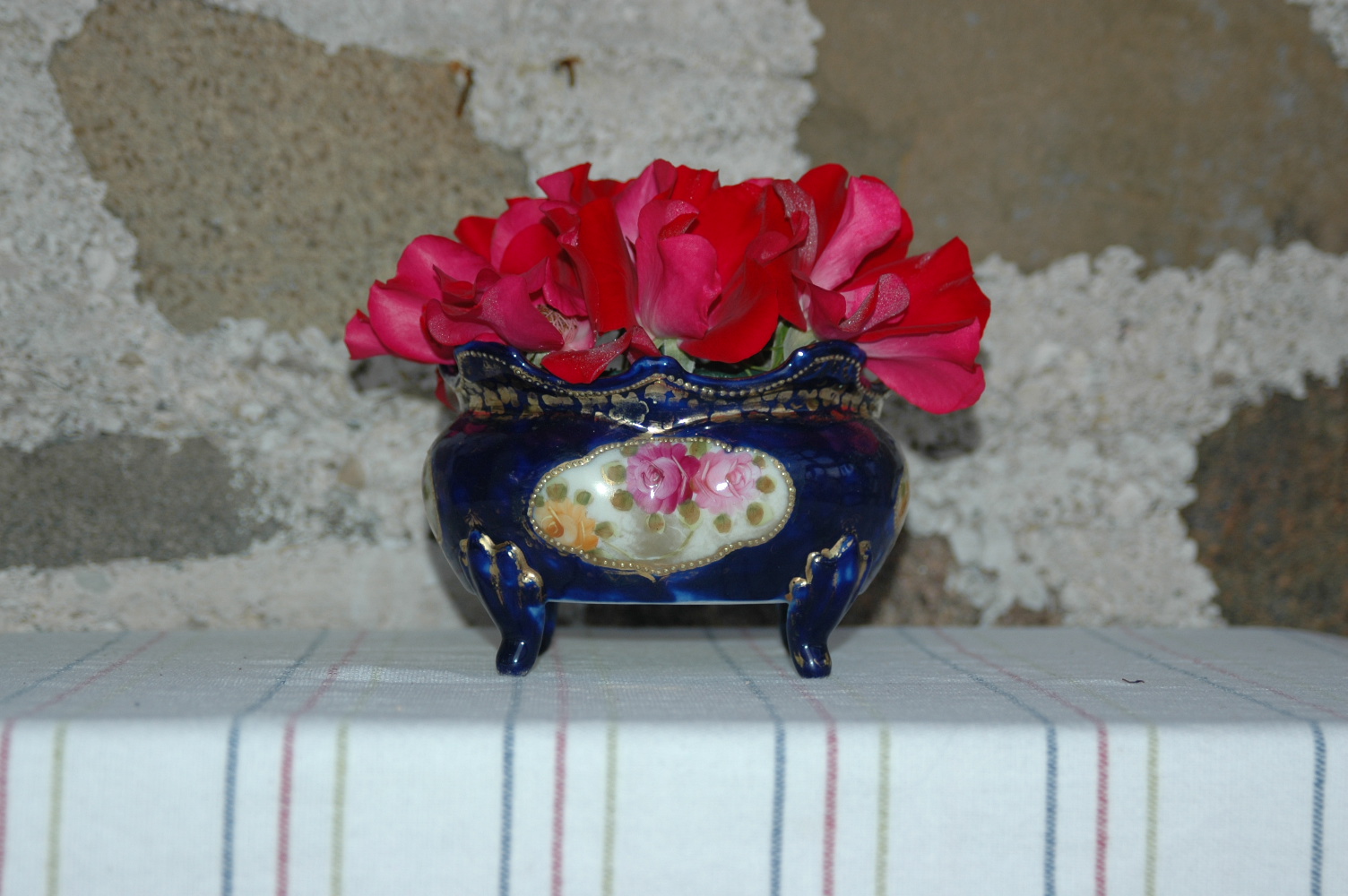 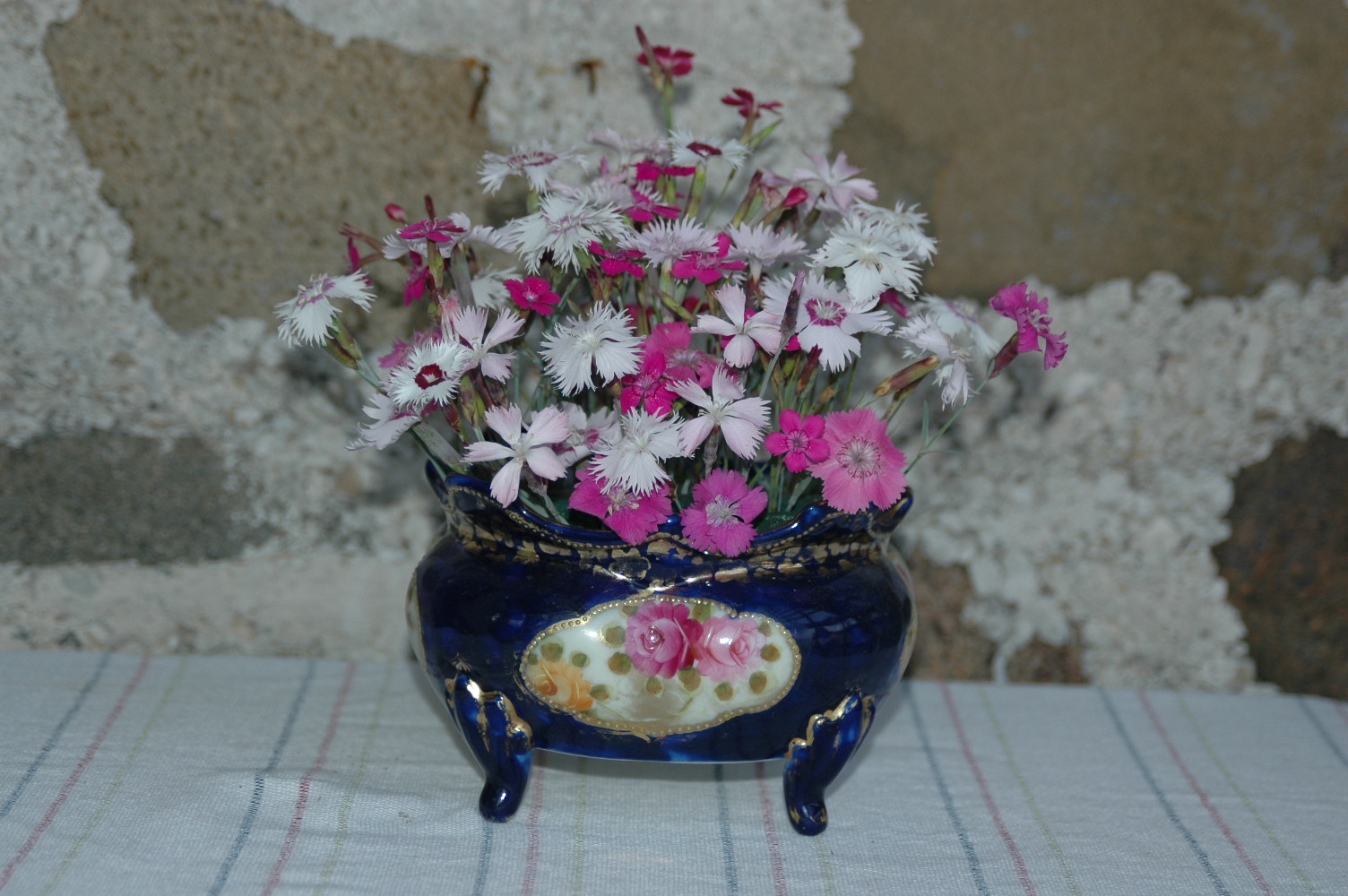 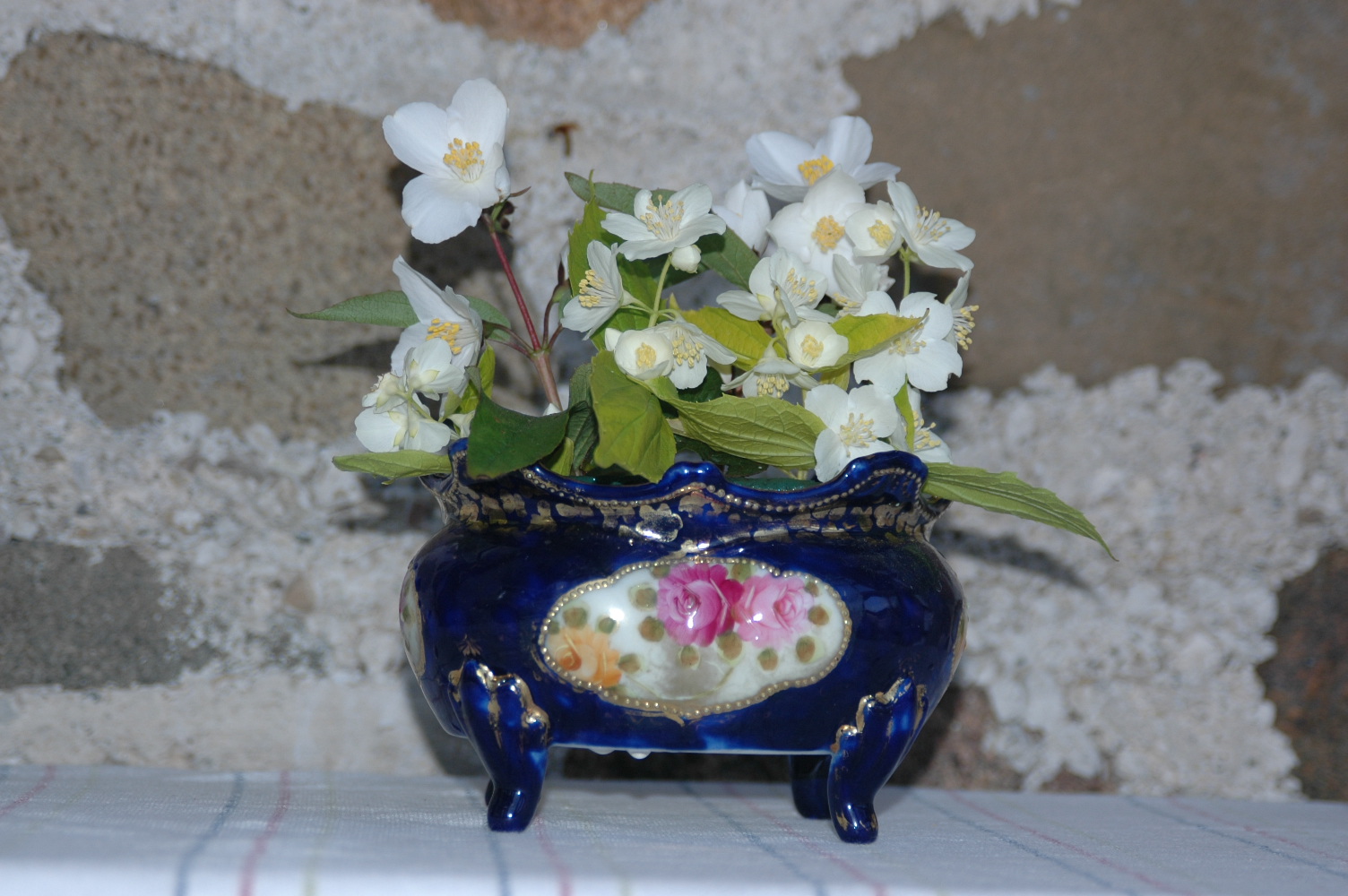 June 24th
Two varieties of Mock Orange (Philadelphus). The one with dark leaves is more attractive but does not have the perfume of the other. Probably the nicest smelling flower in the whole garden. 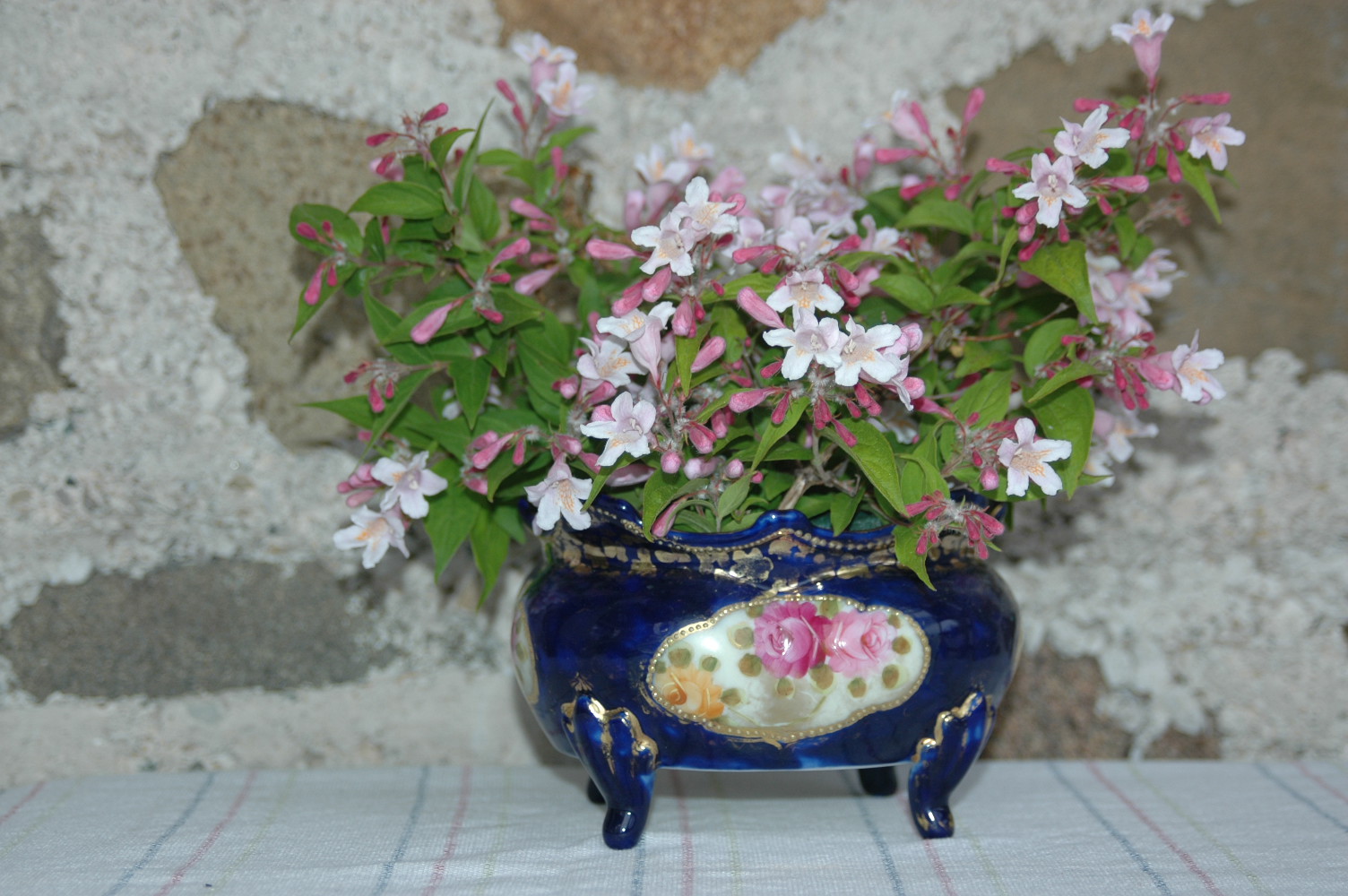 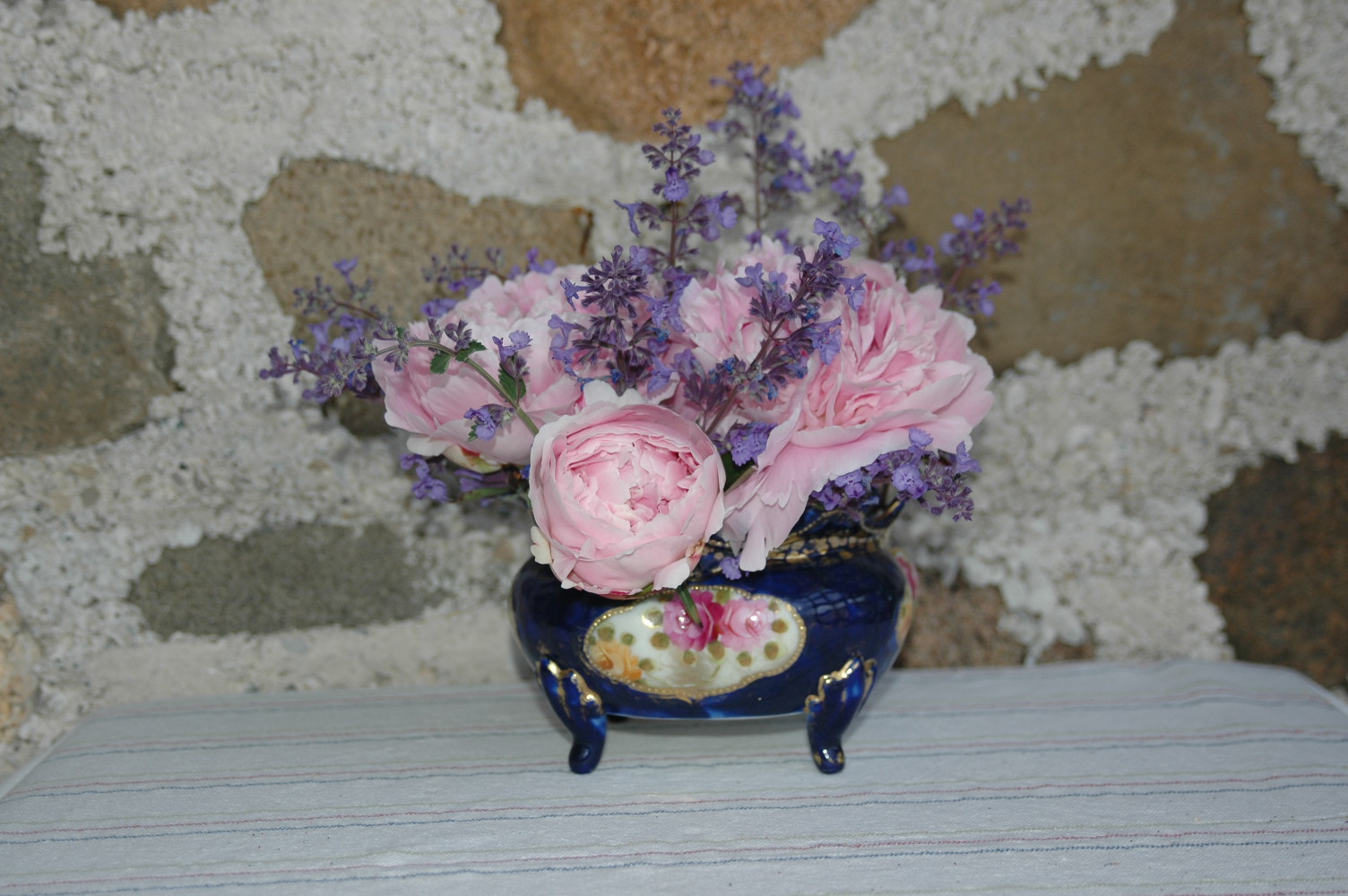 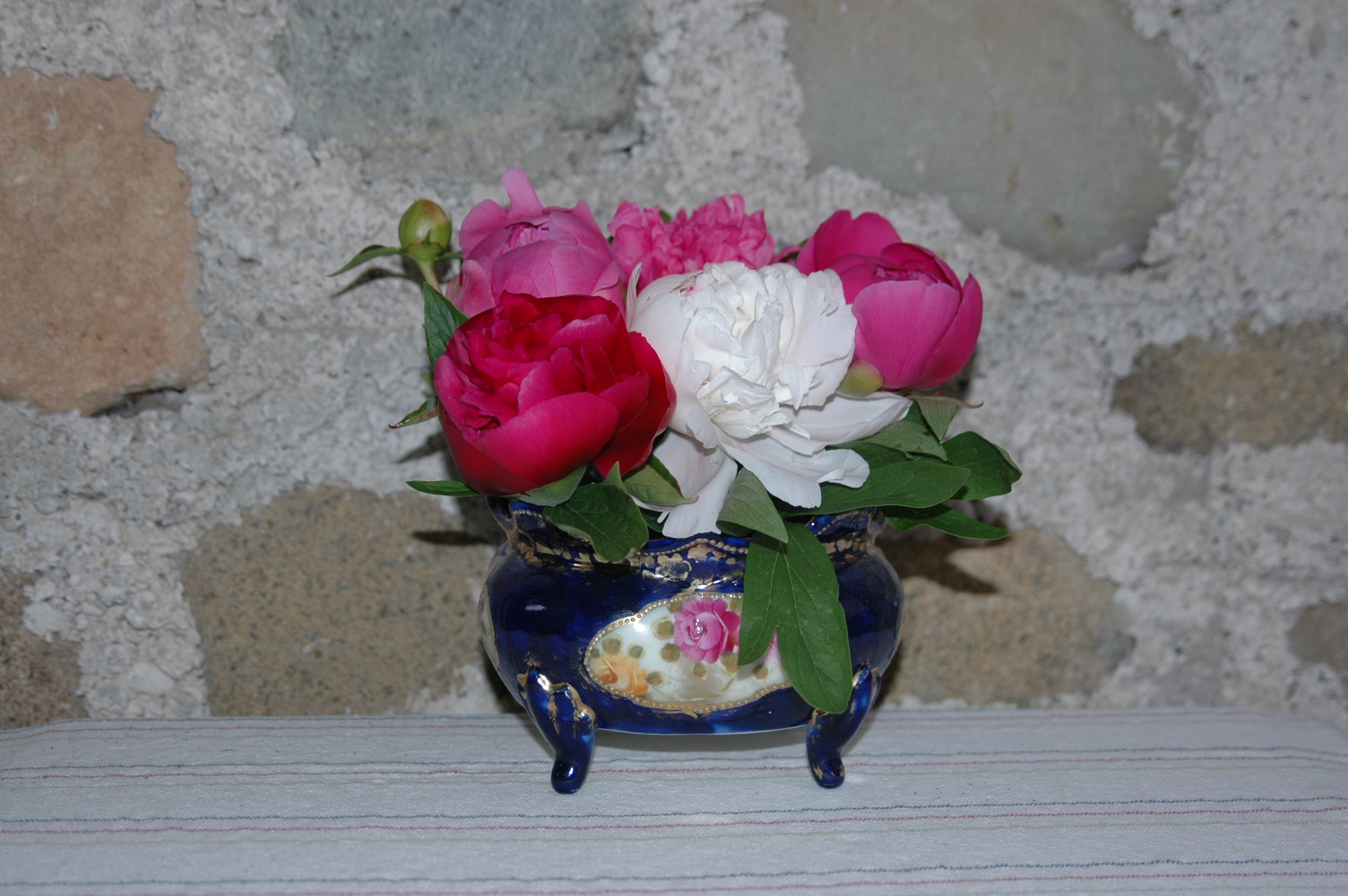 June 21st
All peonies. They are a bit late this year. The only identified one is Festiva Maxima, the white one. It has a touch of red in the middle. 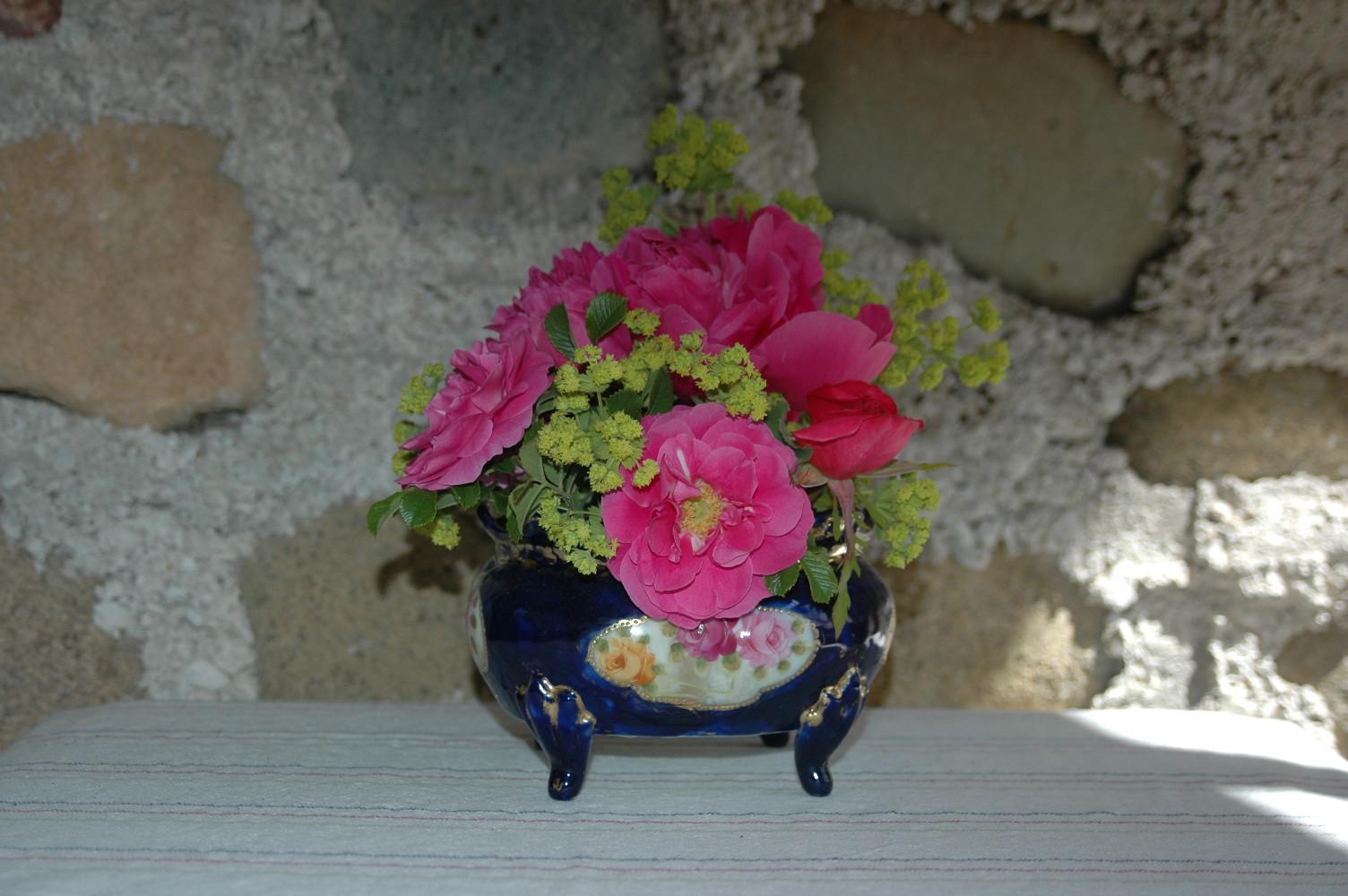 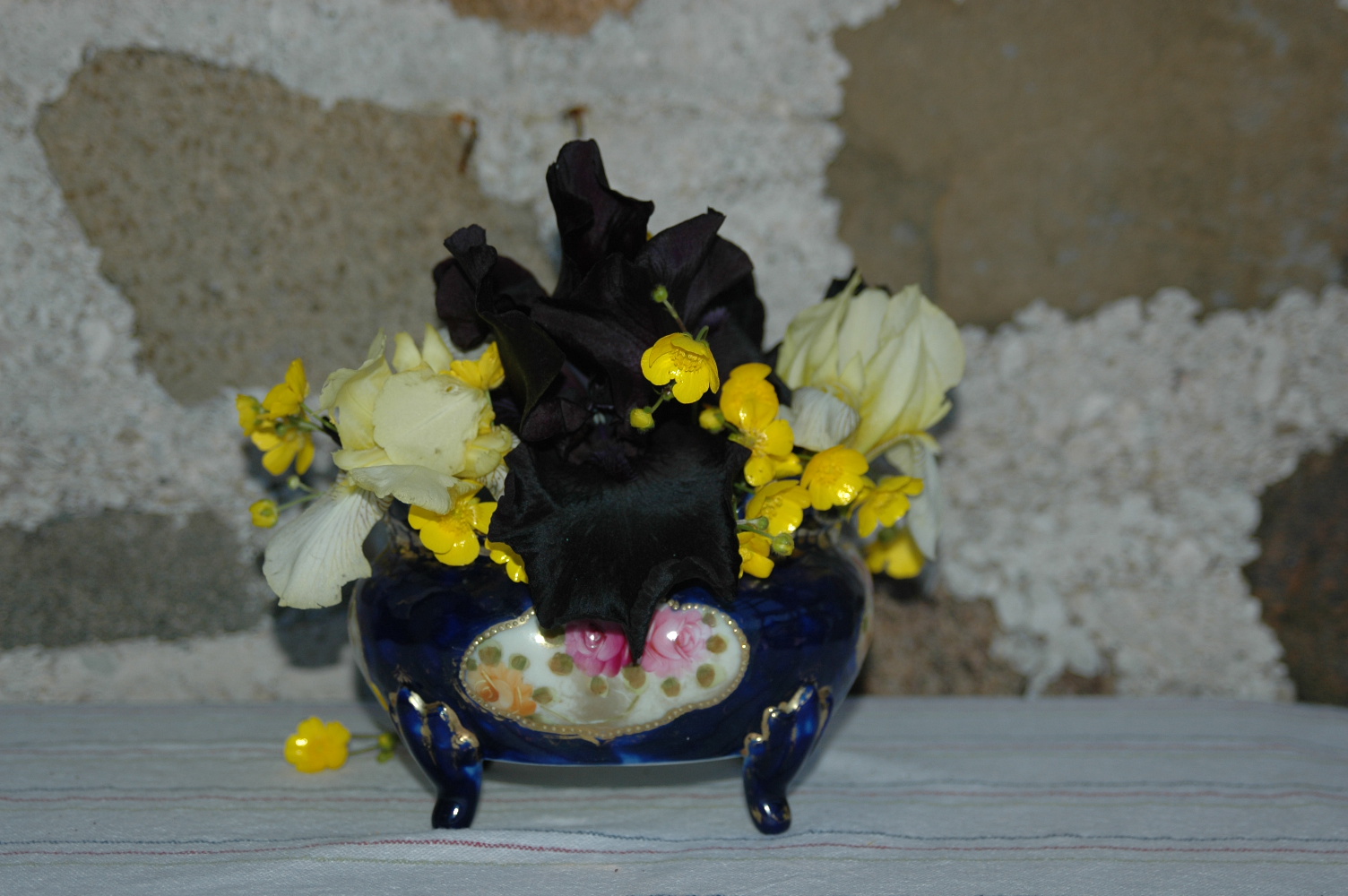 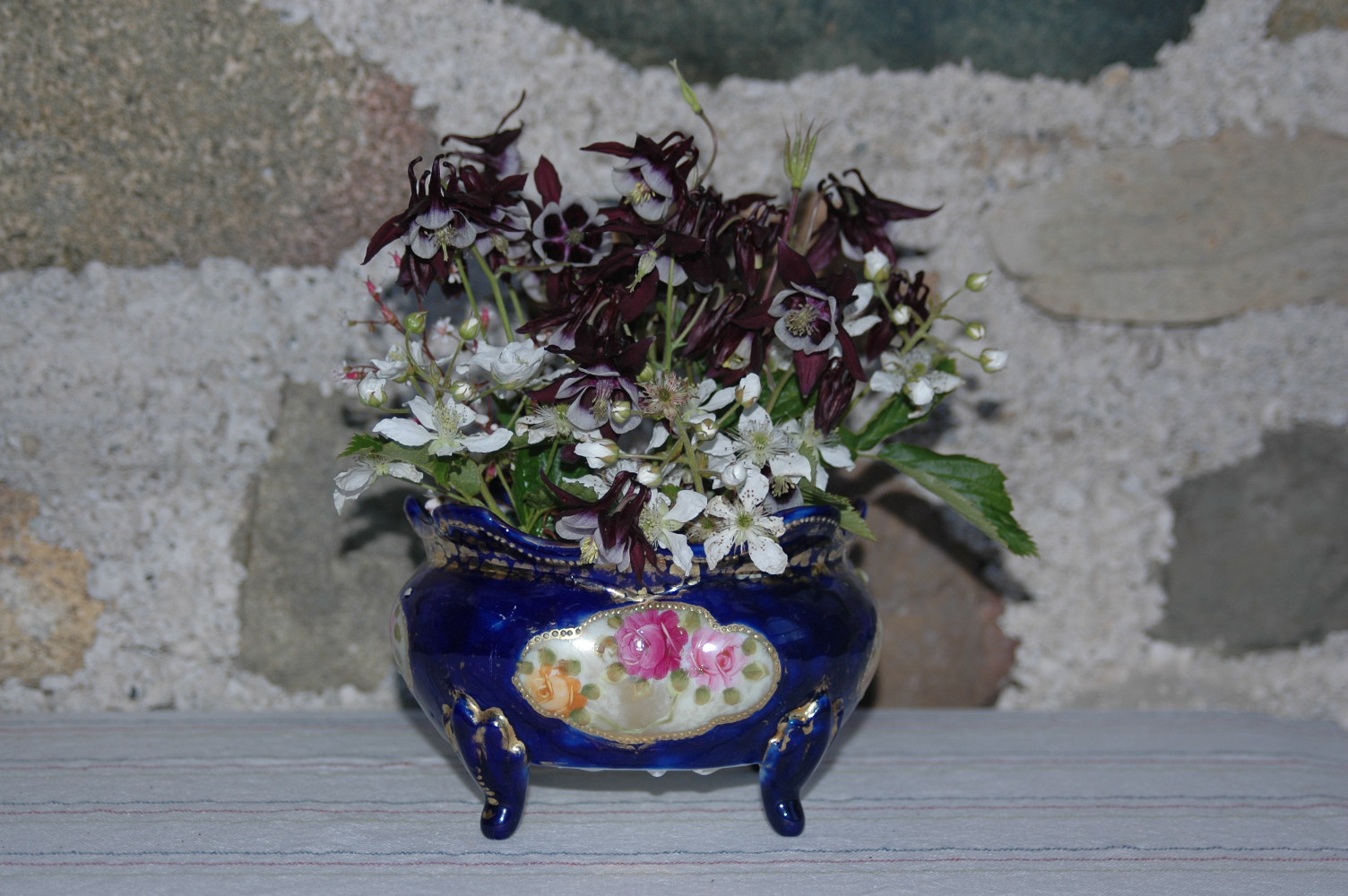 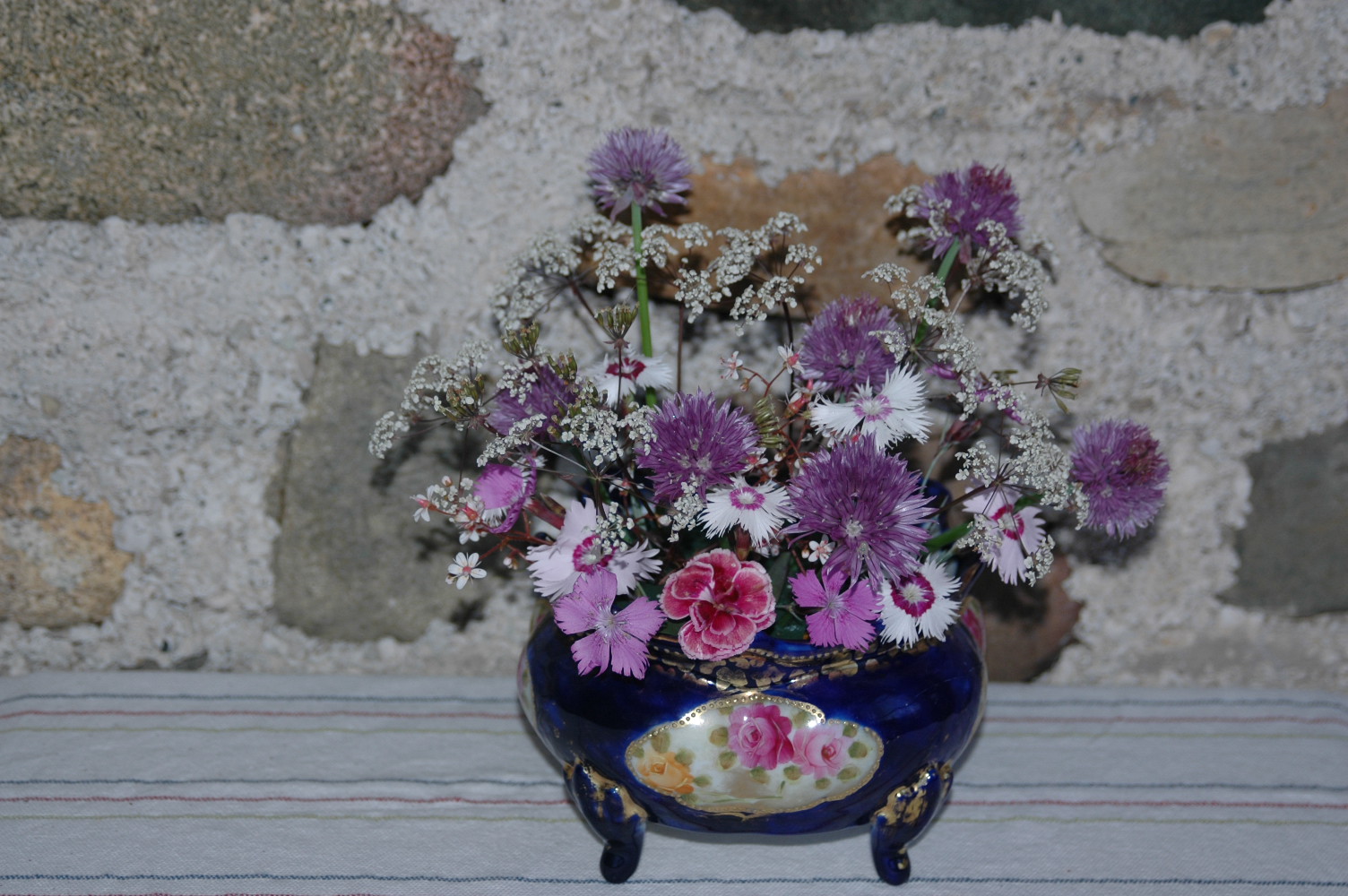 June16th
Mostly Dianthus with some flowers of London Pride and Anthriscus sylvestris Raveswing and Chives. 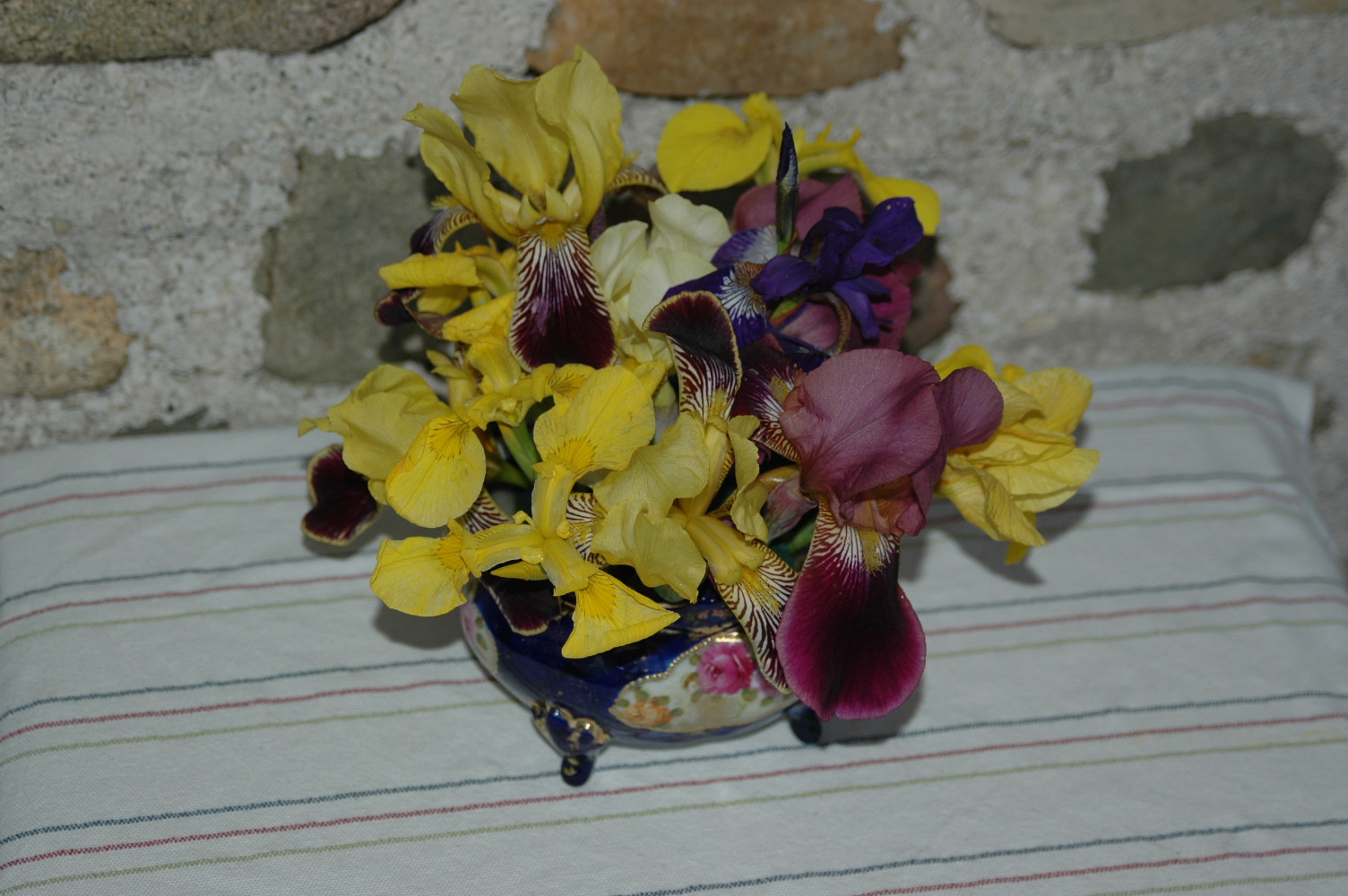 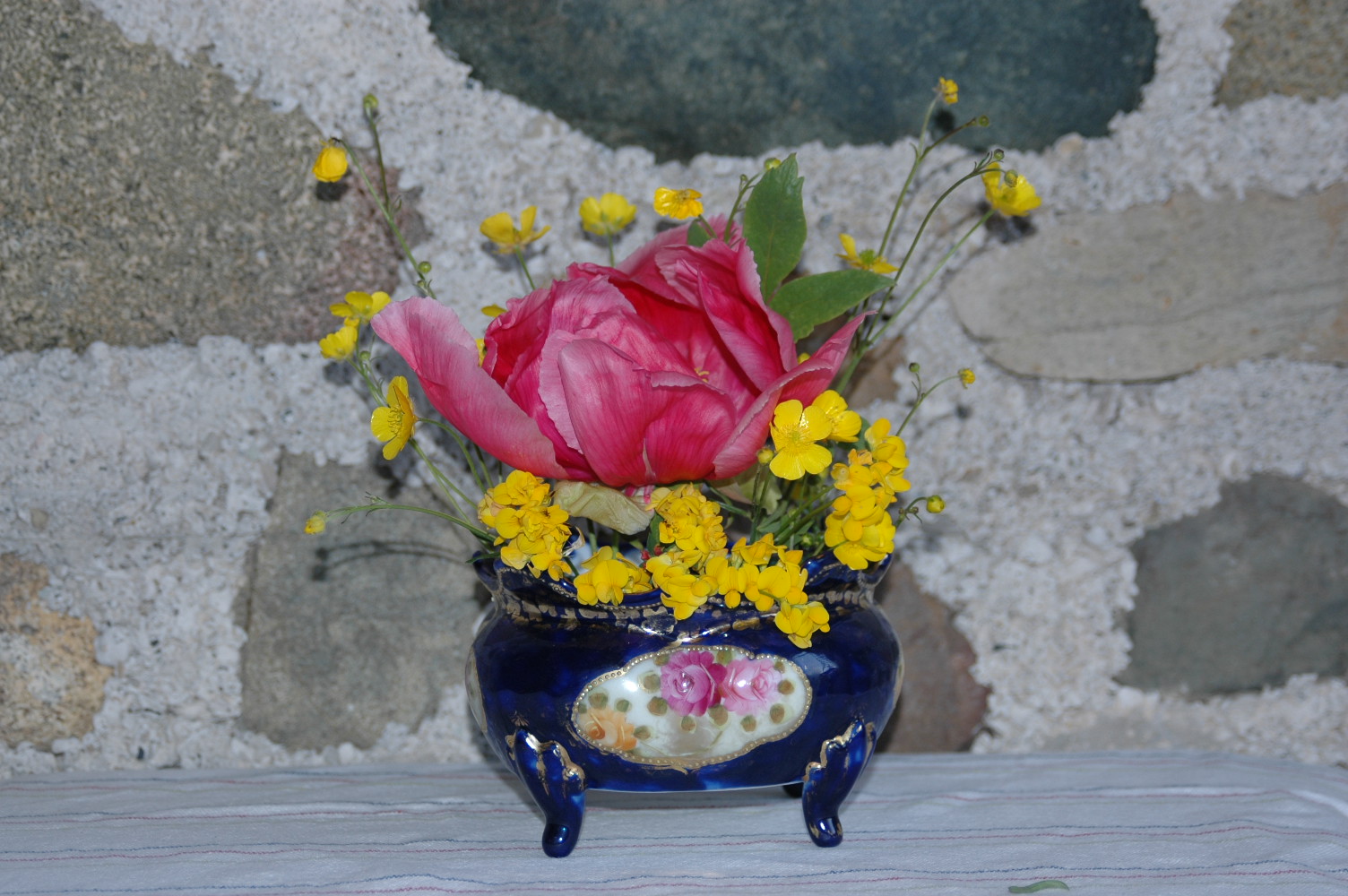 June 14th
This pink tree peony used to produce double flowers but when I moved it some years ago, it became single! I expect it was grafted, and the grafted part died leaving only the plant it was grafted on. The taller yellow flowers are wild buttercups and the shorter ones bird's foot trefoil. 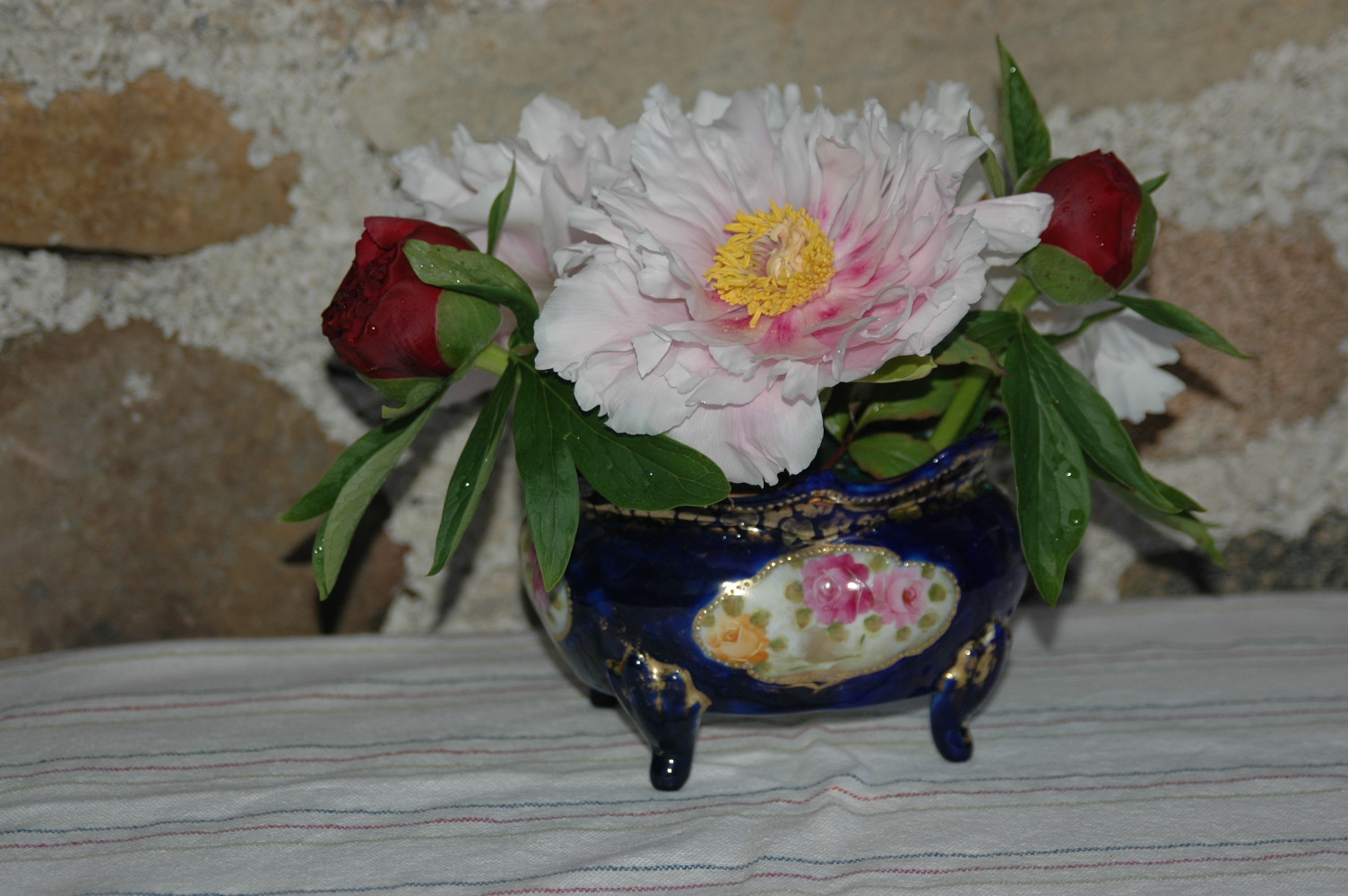 June 12th
The tree peony is 'Renkaku', and the red peony in bud is not identified, but I doubt it is a lactiflora as it blooms one week to ten days before all the lactiflora I have. 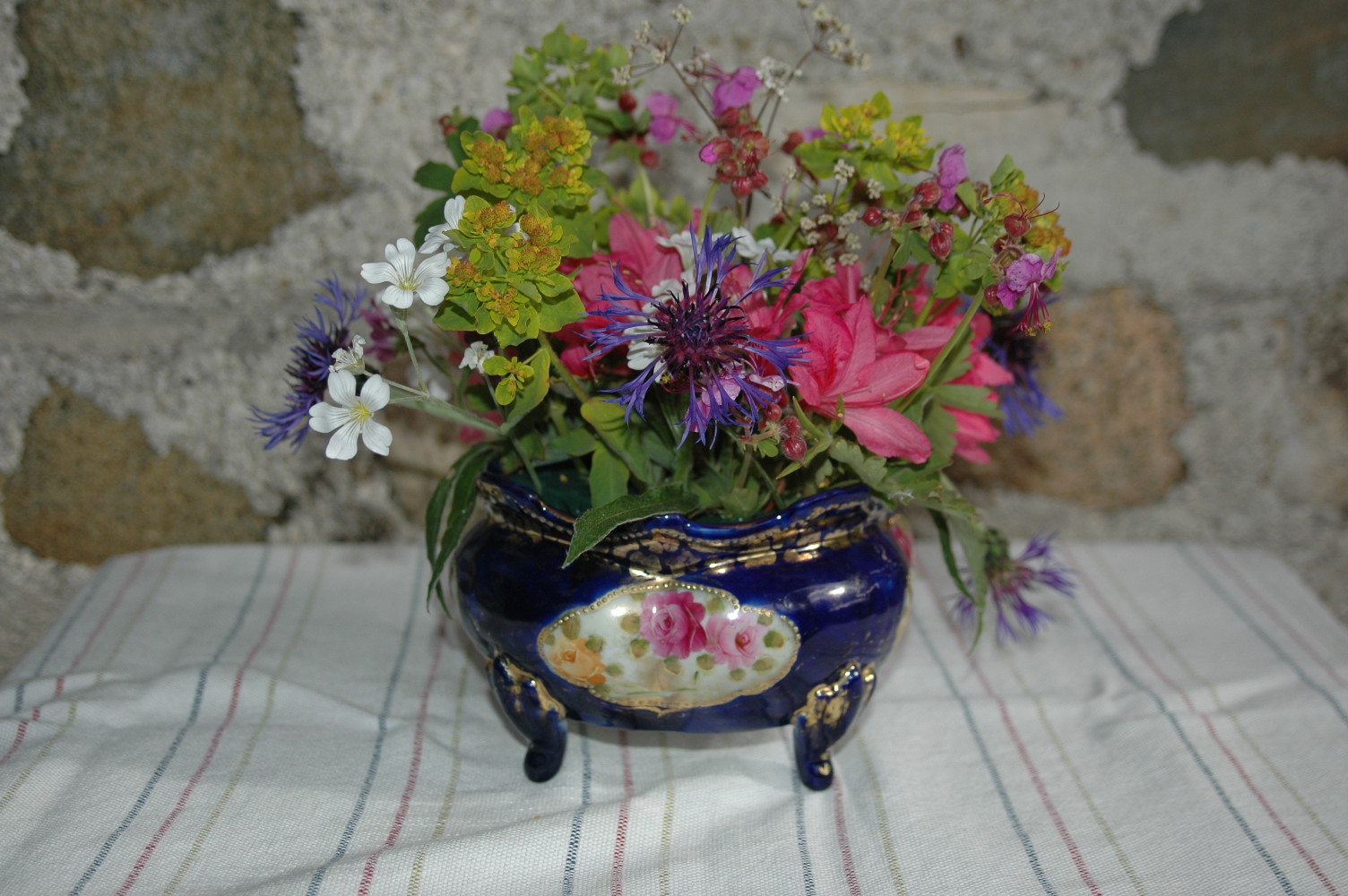 June 6th
The pink is an azalea, the yellow Euphorbia polychroma (going to seed) with blue Centaurea montana and white Cerastium tomentosum. There also a few flowers of Geranium macrorrhizum.