You would not expect mosses that like moist and shady conditions, and xeriscape plants that have the opposite requirements, would grow well together. They do, however, in our  Hobbit Garden.

It is called the Hobbit Garden because it is made up of small plants, and they are all growing on top of a stone wall that is only about two feet tall. Both the plants and the setting are diminutive. I wrote a post about it last year, but Hobbit Garden is more settled this year and worth revisiting.

The wall is part of a garden gate and is made up of two sections of stone wall each about six feet long. Here is the gate. You can glimpse the Hobbit Garden on top of the low wall. 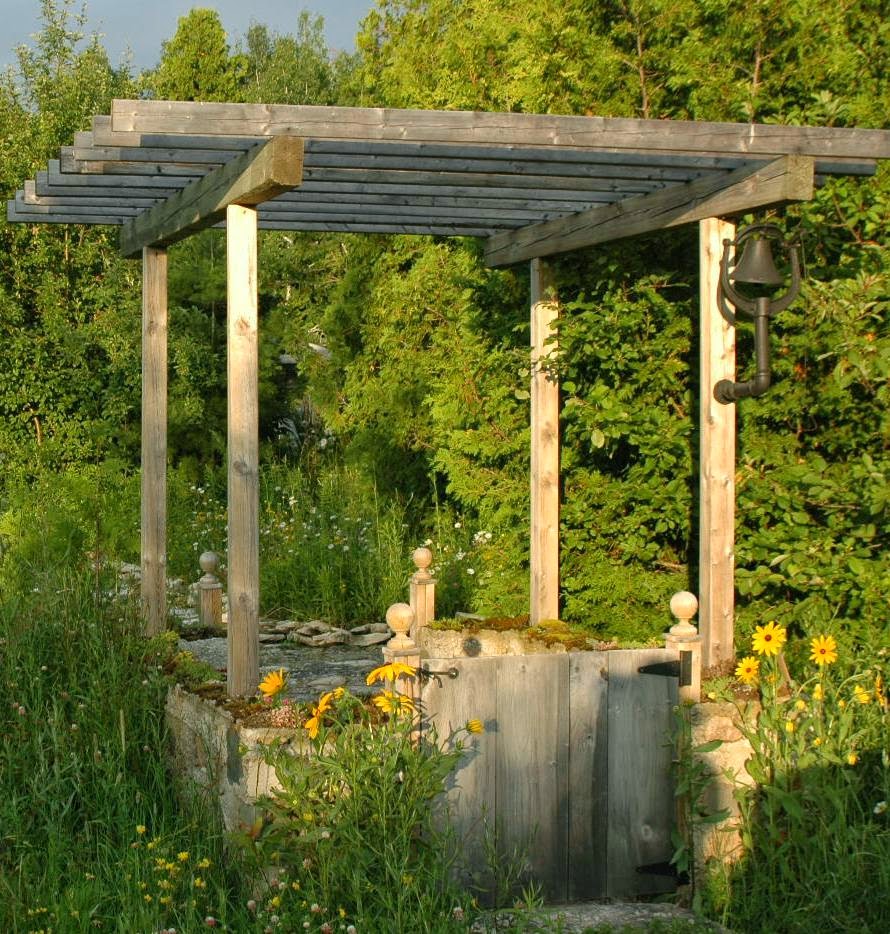 This garden is made up of various kinds of mosses, sedums, sempervivums and other xeriscape plants.

All these plants can grow together, because mosses survive a lot of direct sun if they are watered regularly. As for sedums  and other xeriscape plants, they can put up with a lot of watering as long as they get plenty of sunshine and perfect drainage.  No soil was put on the wall, except for what held to the plant roots. Some weeding is required, but it is really minimal (fifteen minutes a few times a year?) as most weeds do not get enough of a foothold . 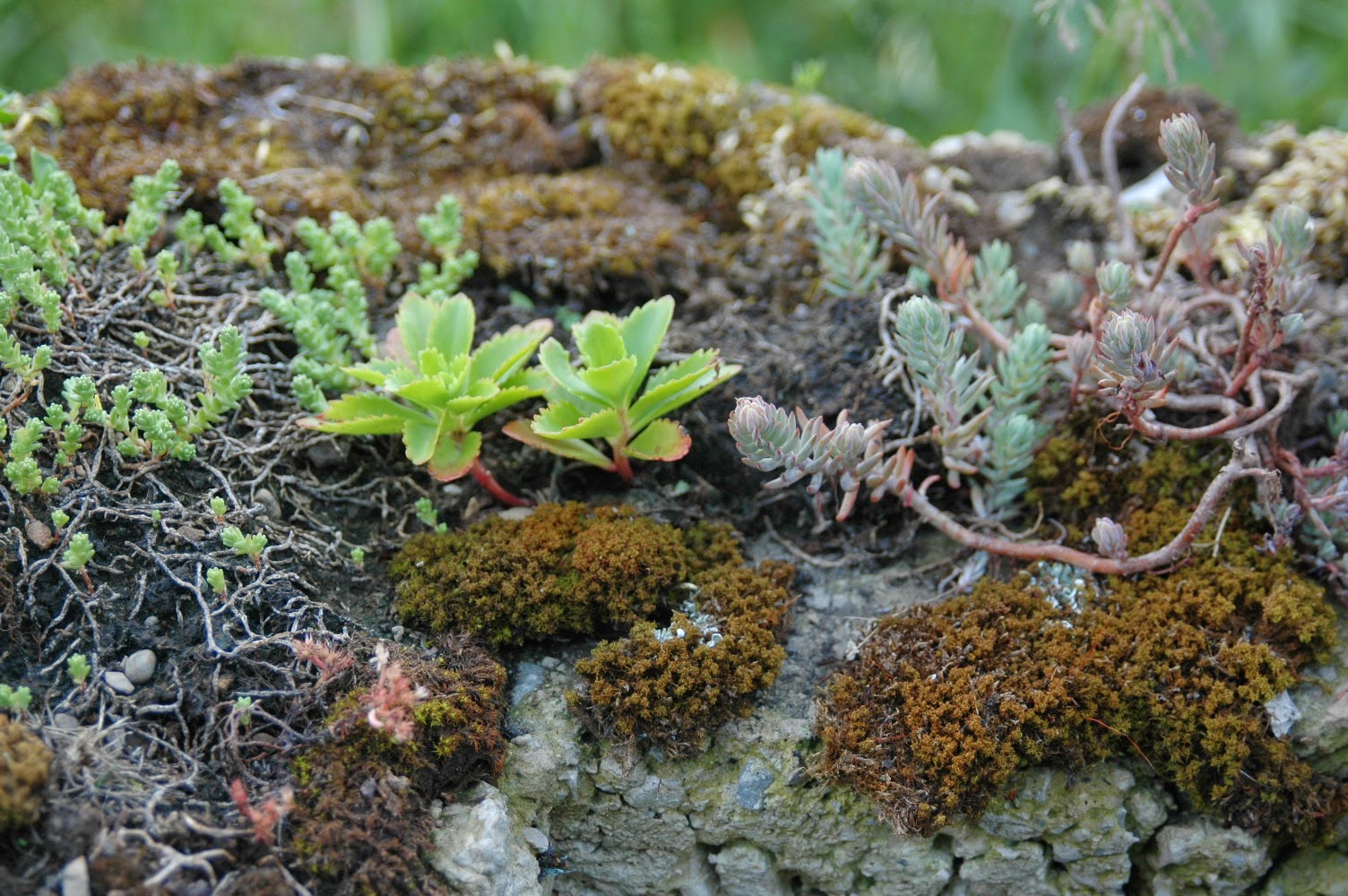 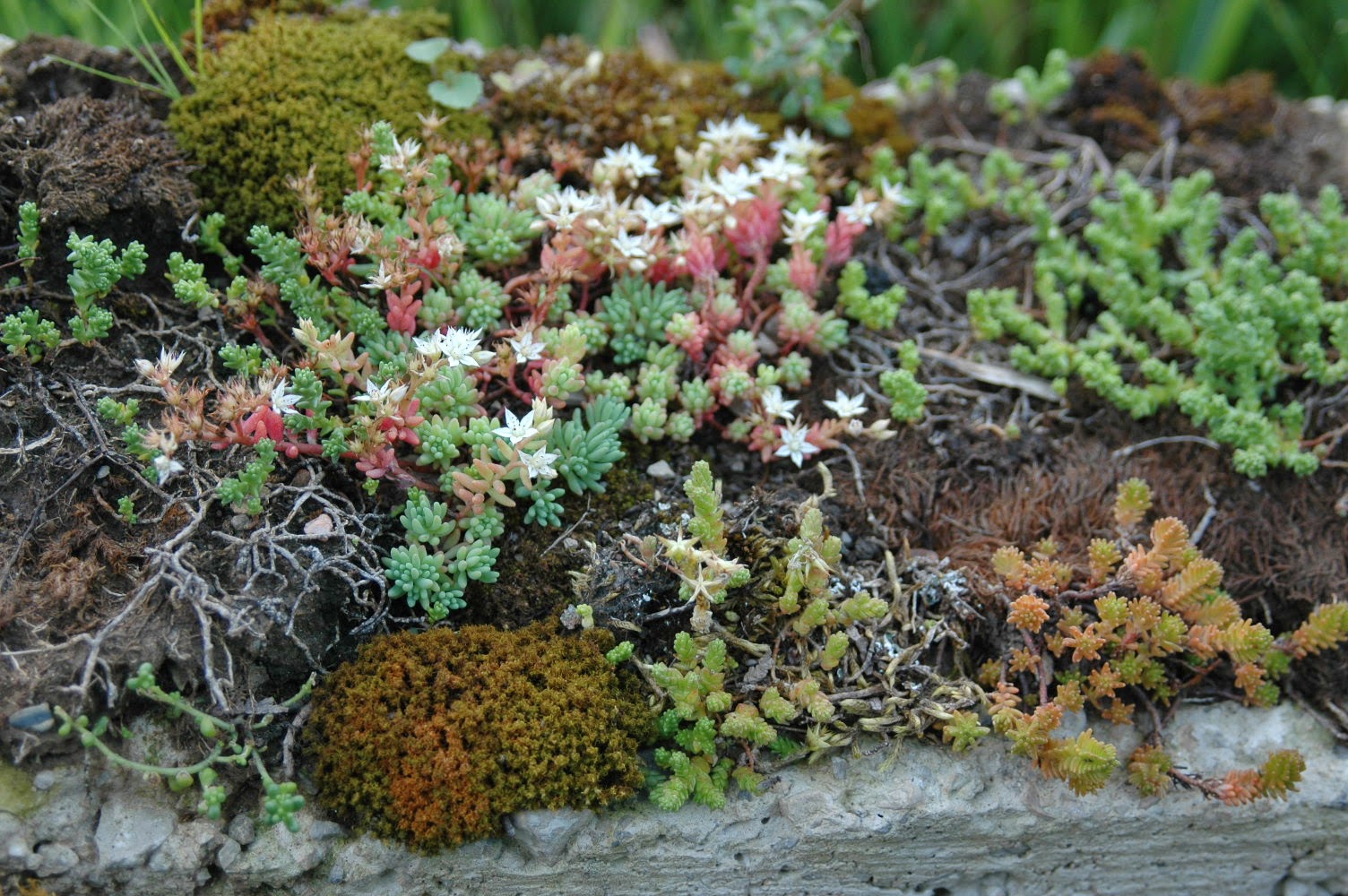 I had the idea of growing sedums with mosses after seeing Sedum spathulifolium in its native environment in British Columbia. You often find it growing in very wet areas, but in places such as  the side of a vertical rock where drainage is perfect. From what grows well in the Hobbit Garden, it would appear that many sedums can survive similar conditions. 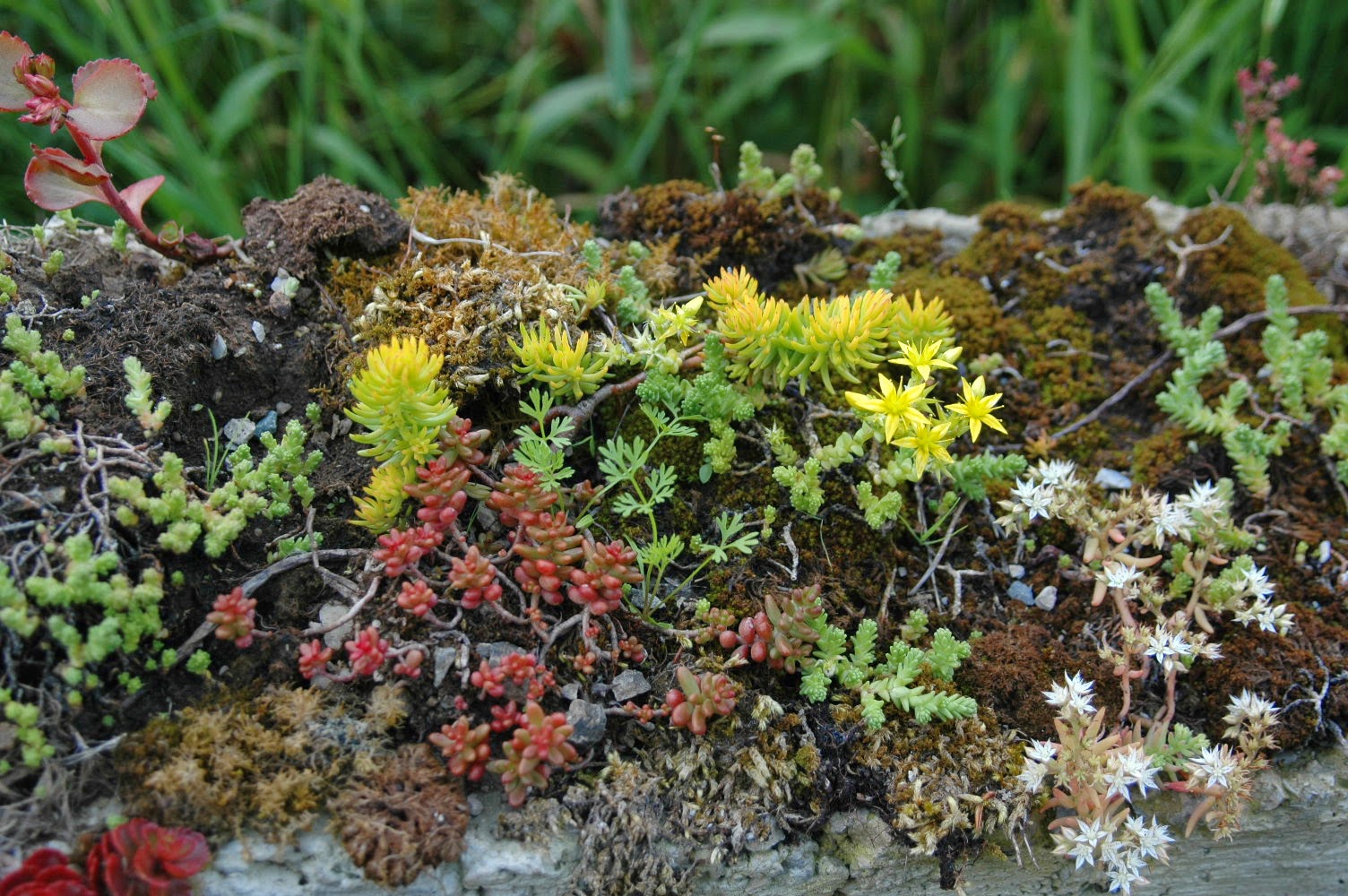 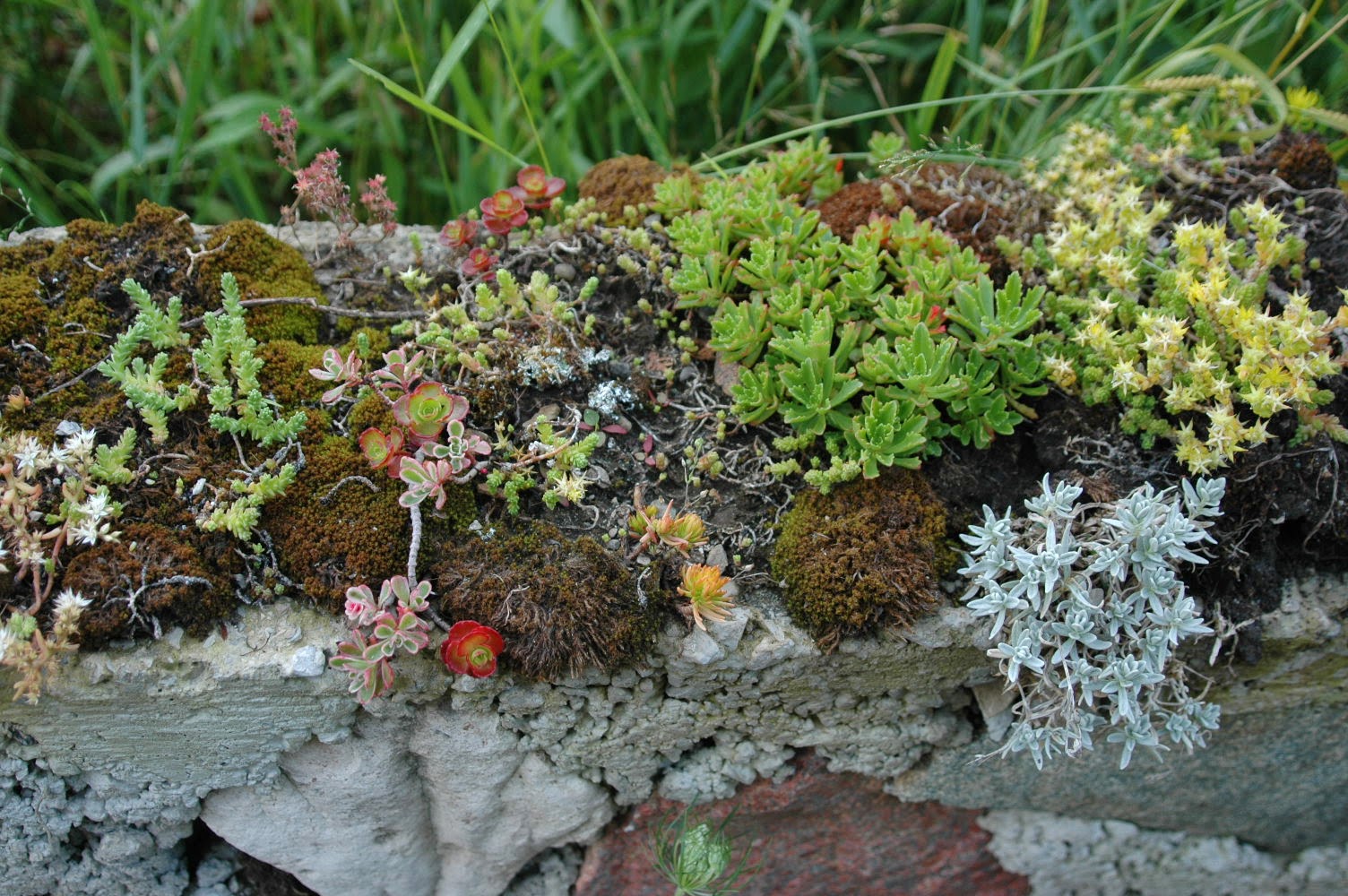 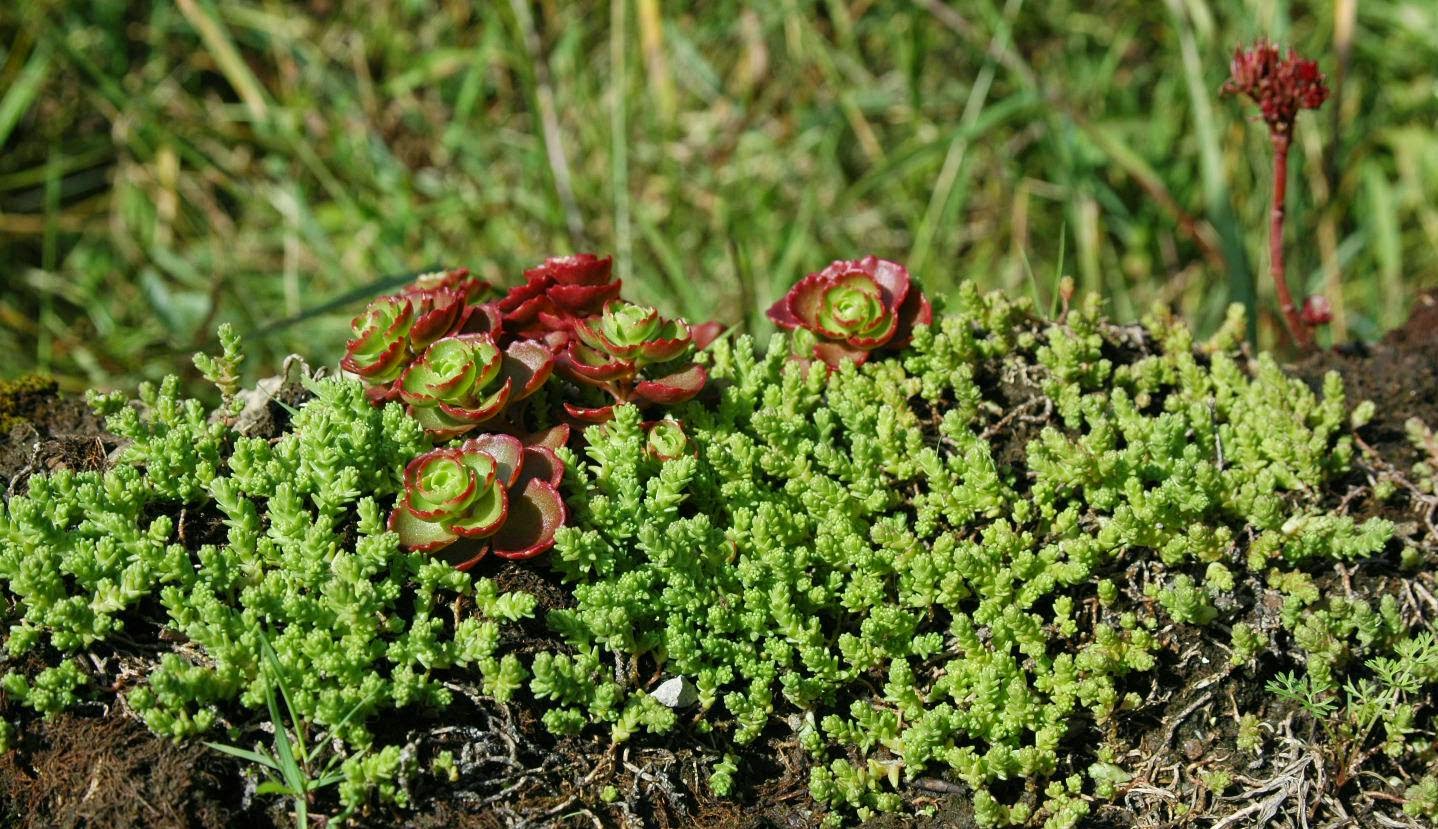 One native plant has started to get established on top of the wall through the other plants: Scutellaria parvula, a diminutive sculcap. The wall has the advantage of bringing these small plants up closer to the human eye and nake them easier to admire.


Inside the gate, the base of the wall is shaded on one side and sunny on the other. Maidenhair spleenwort (Asplenium trichomanes), a native to our area that grows in limestone crevasses, does well on the shady side. The sunny side is mostly colonized by sedums. 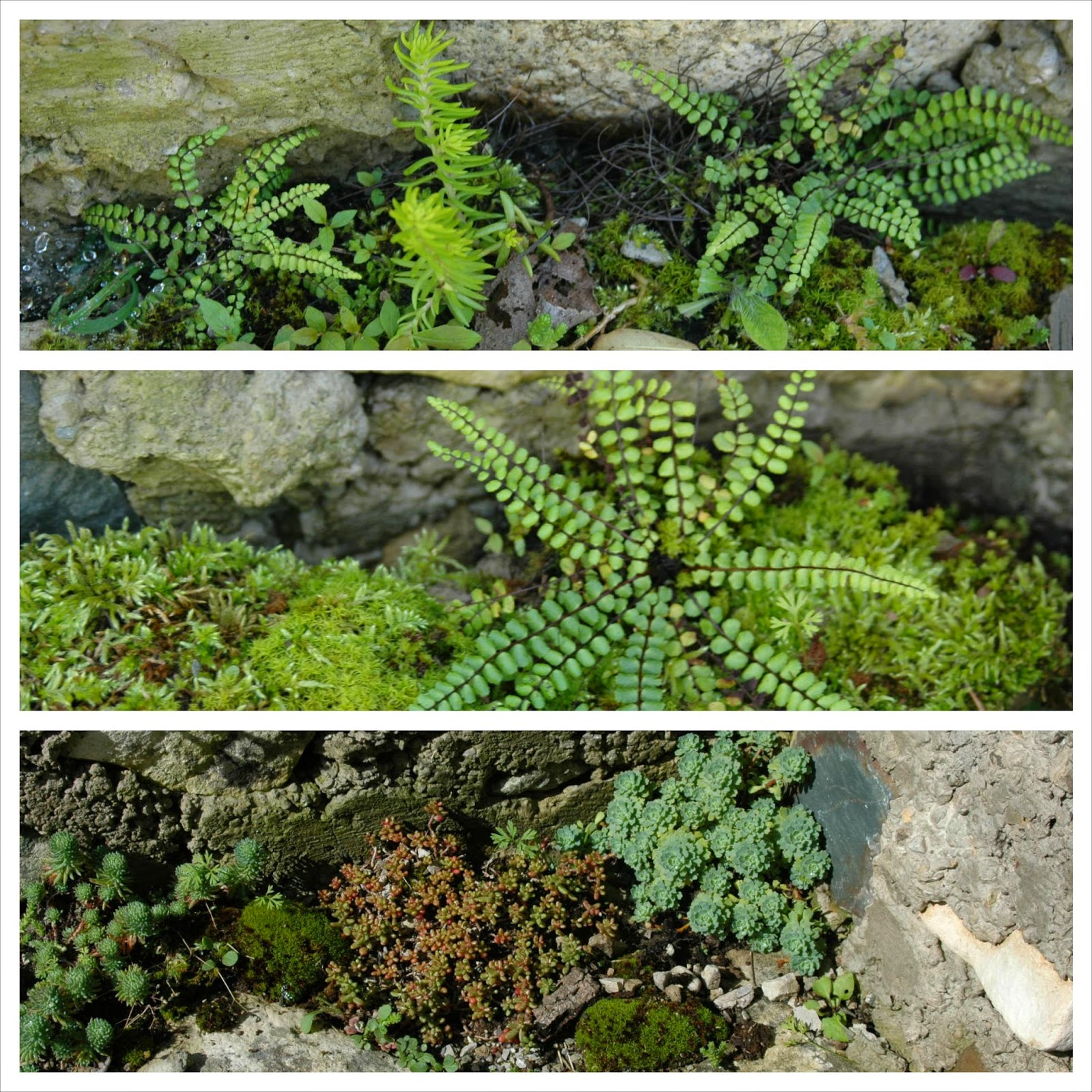 Posted by rochefleuriegarden at 8:04 PM