The larger cultivated mulleins are rather close to their wild cousins, and I suppose that is why they are not particularly popular. They look too much like what most people think of as a weed. In a way, they have to be treated as weeds to be successful. That is to say, they do not look good when they are too regimented. 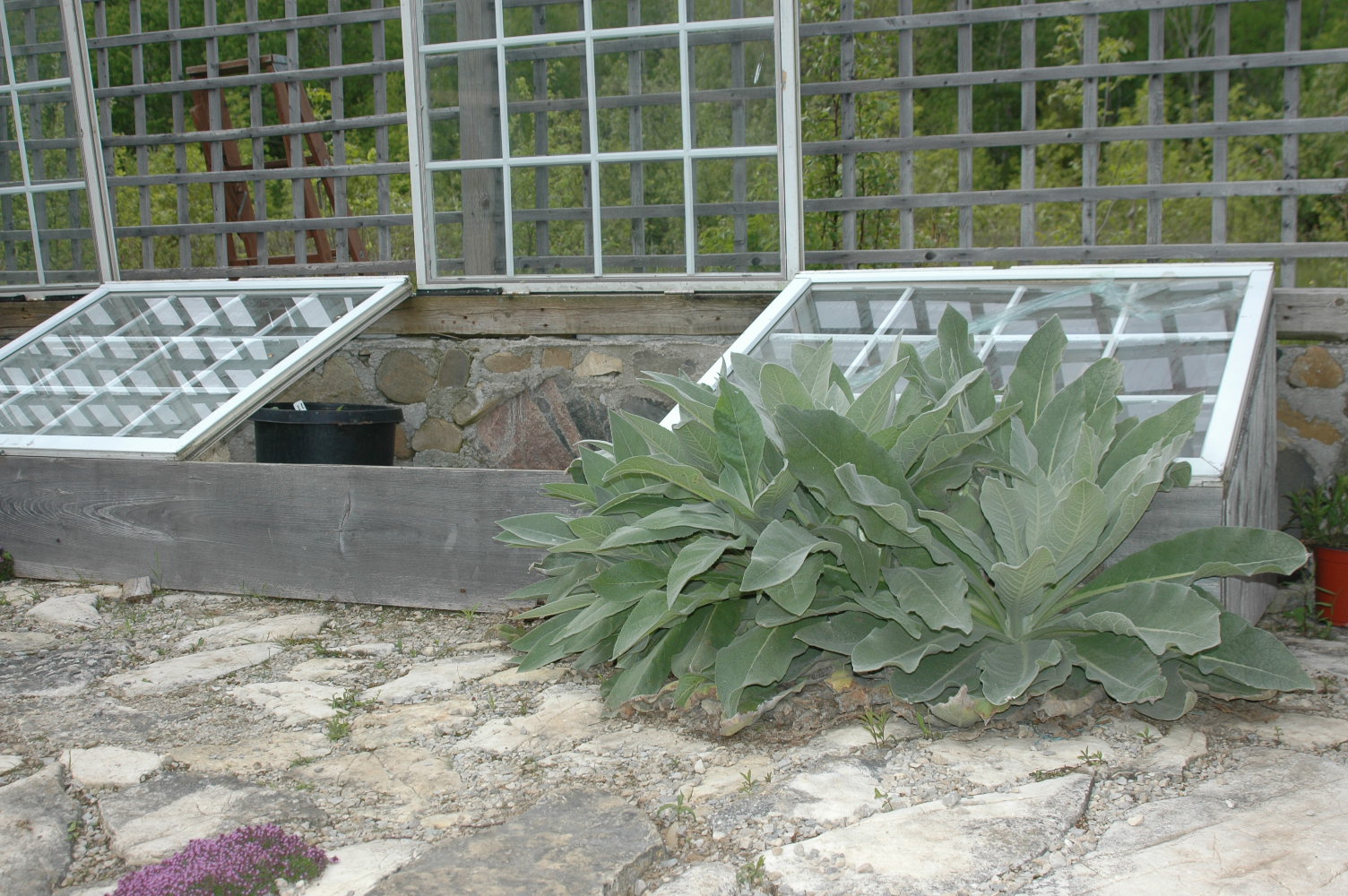 I say large mulleins since there are other smaller species grown in gardens, such as the purple mullein (Verbascum phoeniceum), which is lovely with its white, pink or purple flowers, but does not look like a mullein. There is also Verbascum chaixii with its yellow or white flowers, which, once you have it, is as difficult to get rid of as dock. It is definitely perennial and has a tap root from which it comes back from year to year, even if you hack it down every spring.

I usually grow a few of the large mulleins, trying to have at least one in bloom each year. They are biennial plants, which means they bloom only in the second year and then die. This timetable is not set in concrete. I have noticed that, in fact, they often wait until their third year to bloom, being probably still too small in their second year to produce their signature tall flowering stem. The first year you get a shy-looking little plant with woolly leaves.

But, in the second year they soon fill out


and then the flowering stem(s) shoots up. 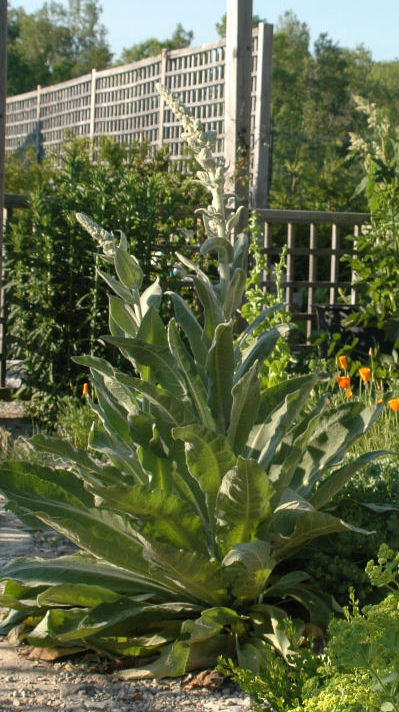 The ones I am talking about are Verbascum bombyciferum, V. olympicum and the many hybrids they produce. Most of the mullein plants I have grown over the years were hybrids. I started many years ago with V. bombyciferum, but I now have plants with so diverse a gene pool that they no longer look like the type. I get new seed from seed exchanges every now and then to ensure variety. These additions to the mix have demonstrated that I am far from being the only one with hybrids – they just about all are! All you know, if you order  V. bombyciferum or V. olympicum from a seed exchange (or even some seed companies), is that you will get something big and woolly with yellow flowers. Some years you are lucky, and the plant you raise is superb.  However, they all are at least attractive.


The best way to grow them is to let them self-seed. They are not vicious self-seeders. They only produce a few plants. However, they have the knack of growing in nooks and crannies where you would never have planted them, but which are just perfect. In a garden like Roche fleurie which is rather formal, they break the regularity of beds and paths and add a bit of unexpected. I look forward to see what the big clump by the cold frame (1st picture) will produce. The flowering stem are just about to shoot up.

Posted by rochefleuriegarden at 7:36 AM

Email ThisBlogThis!Share to TwitterShare to FacebookShare to Pinterest
Labels: Seeds, Self seeding