As I said in my previous post, stonecrops are difficult to identify because the taxonomy keeps changing, and many are very similar.  Another difficulty in identifying them from their appearance is that whether they grow in full sun and in some shade, or whether you are in spring or in mid-summer, they can look very different and change colour entirely as you can see from these two views of the same plant.


A very nice variegated cultivar of the same plant. It grows right under a rose bush. As rose petals fall down, they seem to belong to the plant.

I grow this one in full sun, but it rarely blooms for me. If I remember well, the flowers are white. The interest is mostly in the foliage. It is more woody than most of the small stonecrops.

The three panels and the single shot above show how the same plant can look different at various times of the year. The Welsh stonecrop blooms for, at the very least, two months. It is in bloom most of the summer.

This is one you might think twice about letting lose in the garden. At Roche Fleurie, at least, it seeds itself profusely. So does the following which is a different variety of the same plant. It must be said though that both are easily pulled out.


The white stonecrop below is one tough sedum which is also a bit too prolific. However it grows in places where very little else will grow. It has invaded the parking area which is covered with compacted gravel in full sun all day. If you need a plant for such conditions, this is the one.


'Baby tears' stonecrop is also a white stonecrop and, like the others, does spread a good deal in full sun.

Below is a picture of the same two Sedum album growing together in gravel. 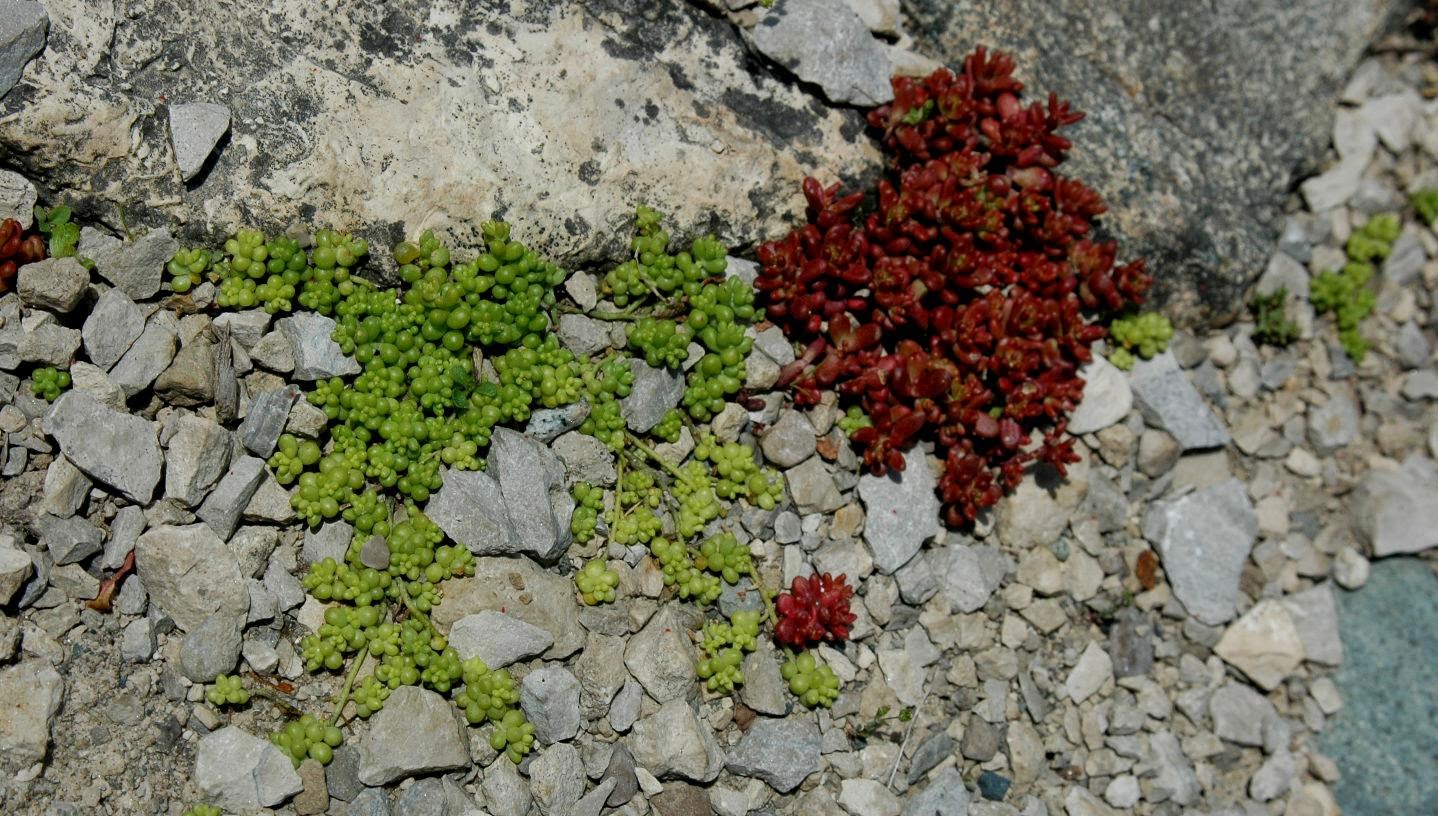 The following is obviously a Hylotelephium telephium, but it is either an old garden escape or one that has crossed with others to revert to something more primitive. I found it growing "wild" on the road embankment where it has naturalized. 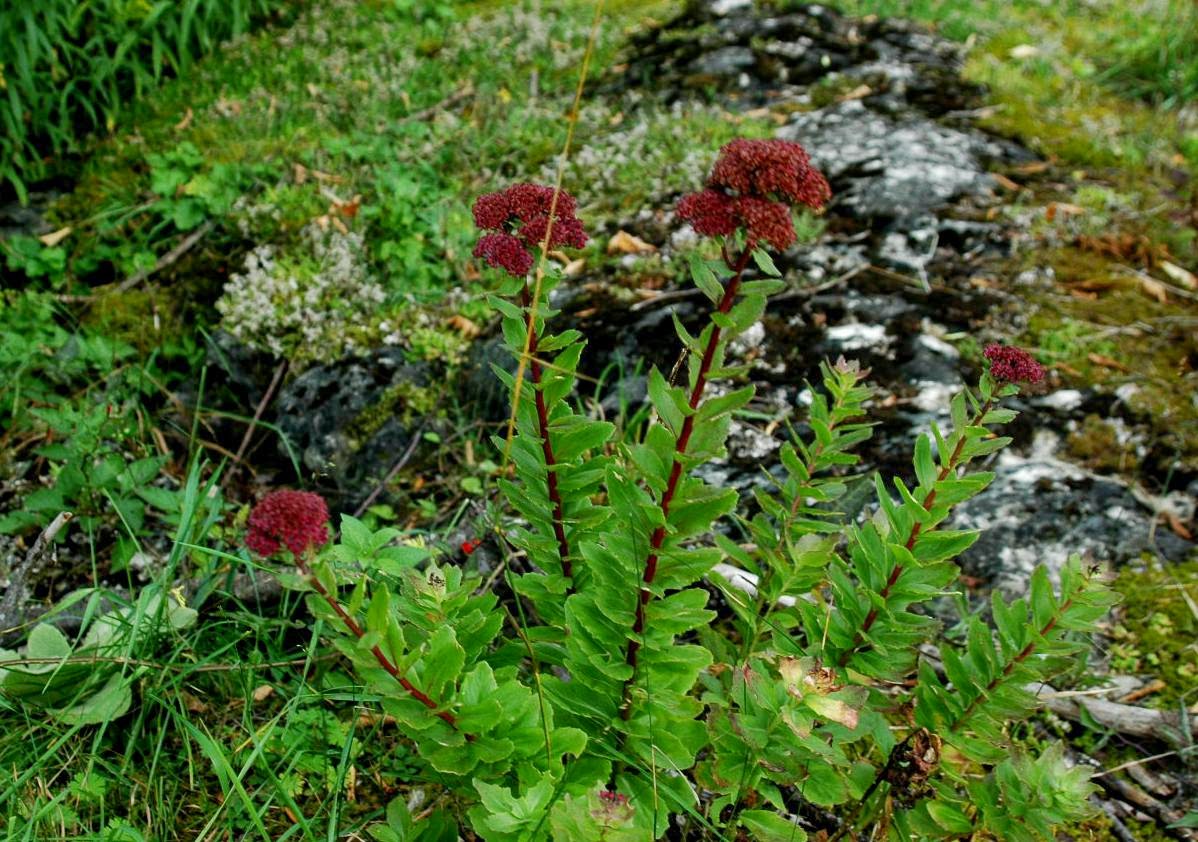 Posted by rochefleuriegarden at 9:34 AM