What is in Bloom in Victoria B.C.


These pictures were all taken on Thursday afternoon, January 23rd in Victoria, British Columbia. I was not able to identify all of the plants. Perhaps you can help me put a name to some of them. Most were growing in front yards, on private property so I was not able to do any of what photographers call "gardening" (remove spent blooms or dead leaves).


Whereas there are snowdrops everywhere in Victoria just now, crocuses seem relatively rare. Perhaps the latter are too much appreciated by deer or rabbits? 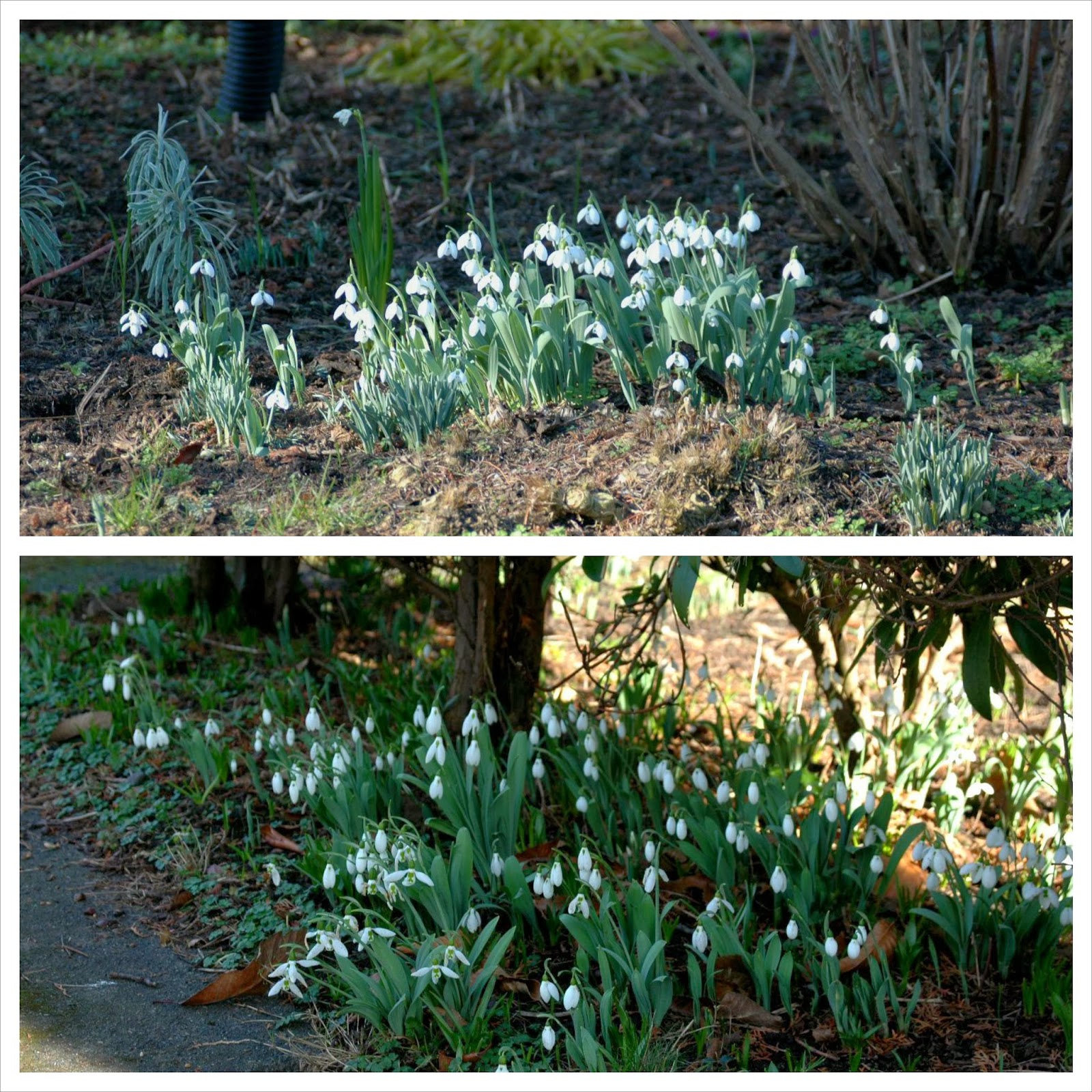 For every clump of crocuses growing in the city, there are about 500 clumps of snowdrops. 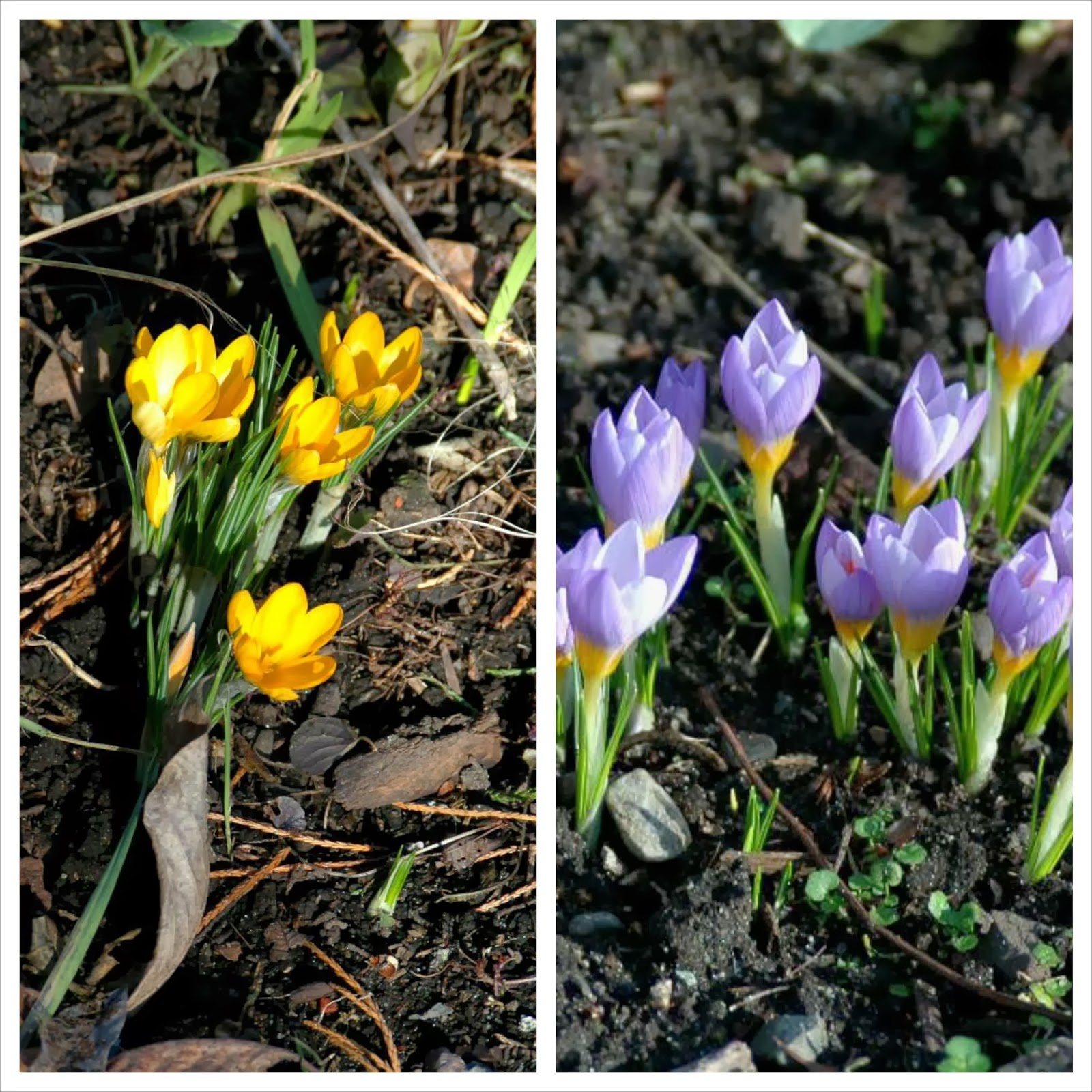 Cyclamen coum is at its best just now. 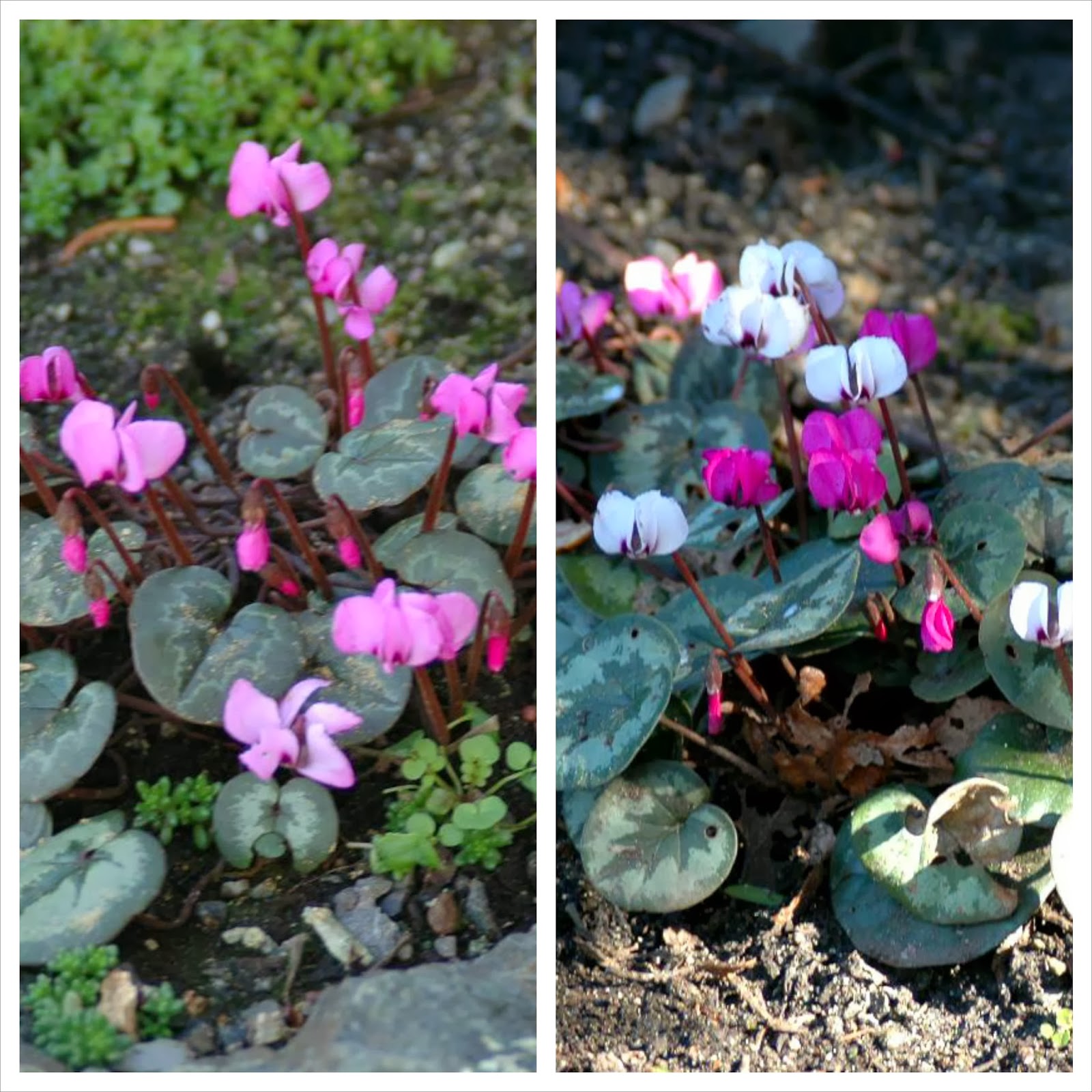 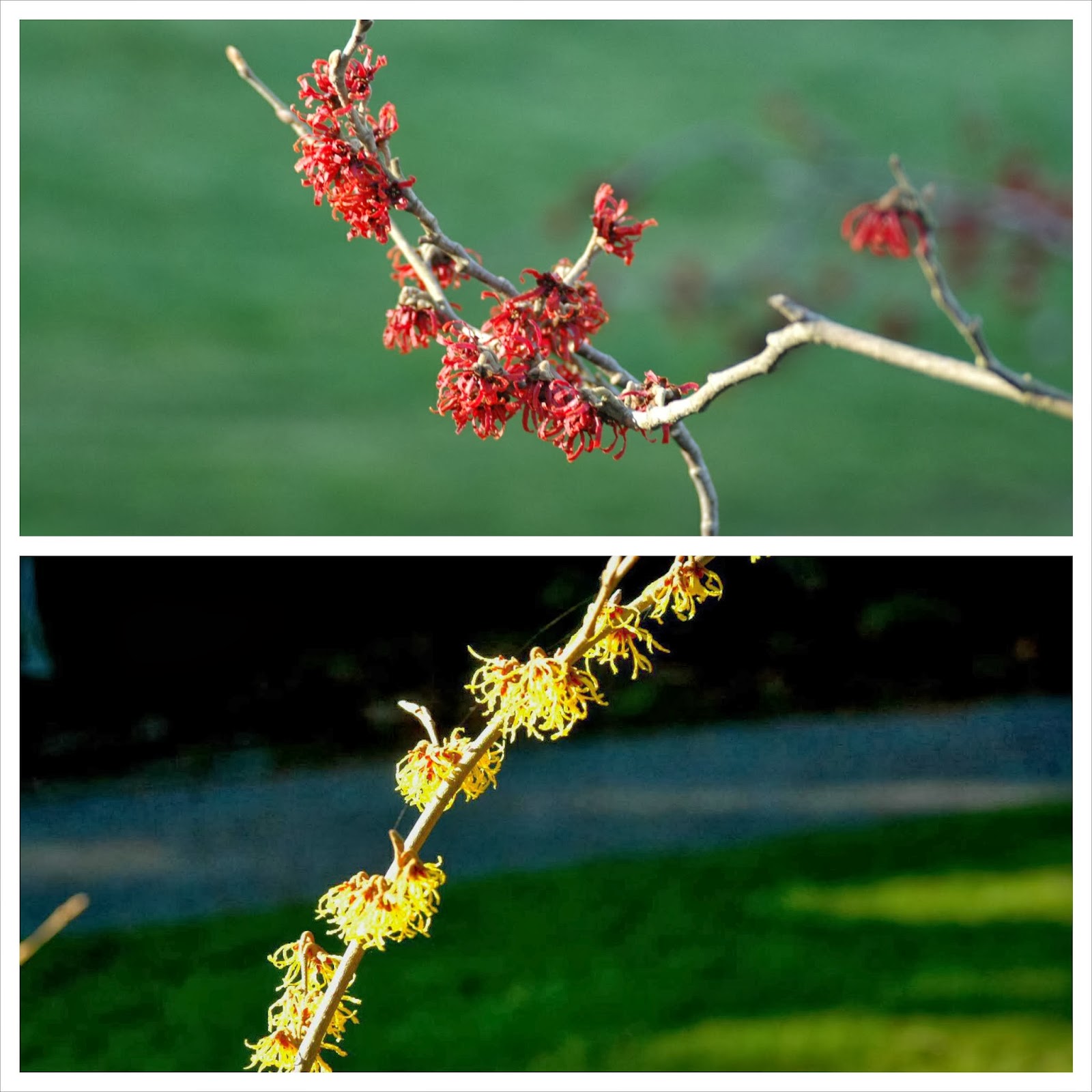 Two of the plants I was not able to identify were shrubs. The first one is quite tall, perhaps 5 metres high, and was just about to burst out in yellow blooms. 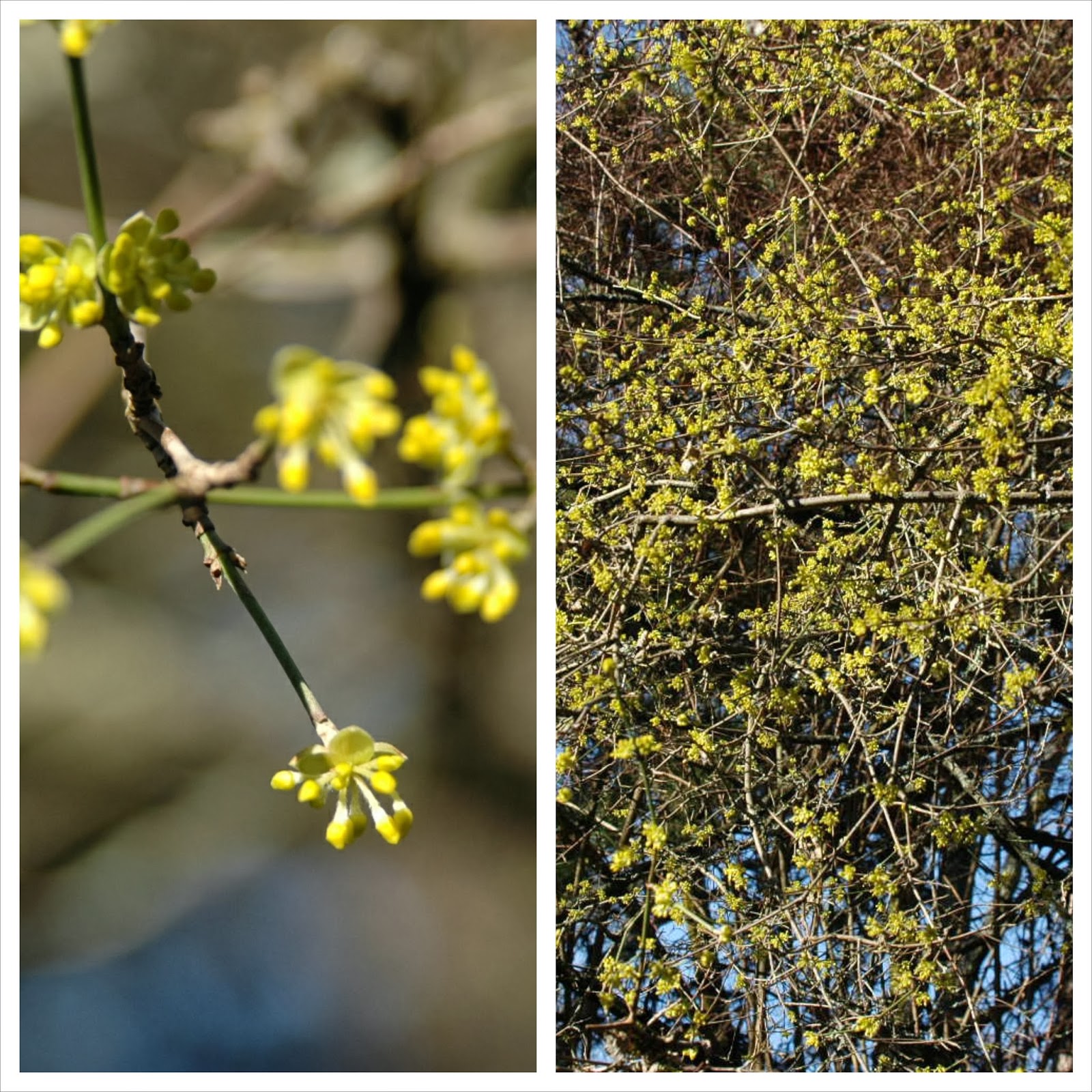 The second was much smaller, at most two metres, and produced white clusters of flowers with a strong heady perfume. 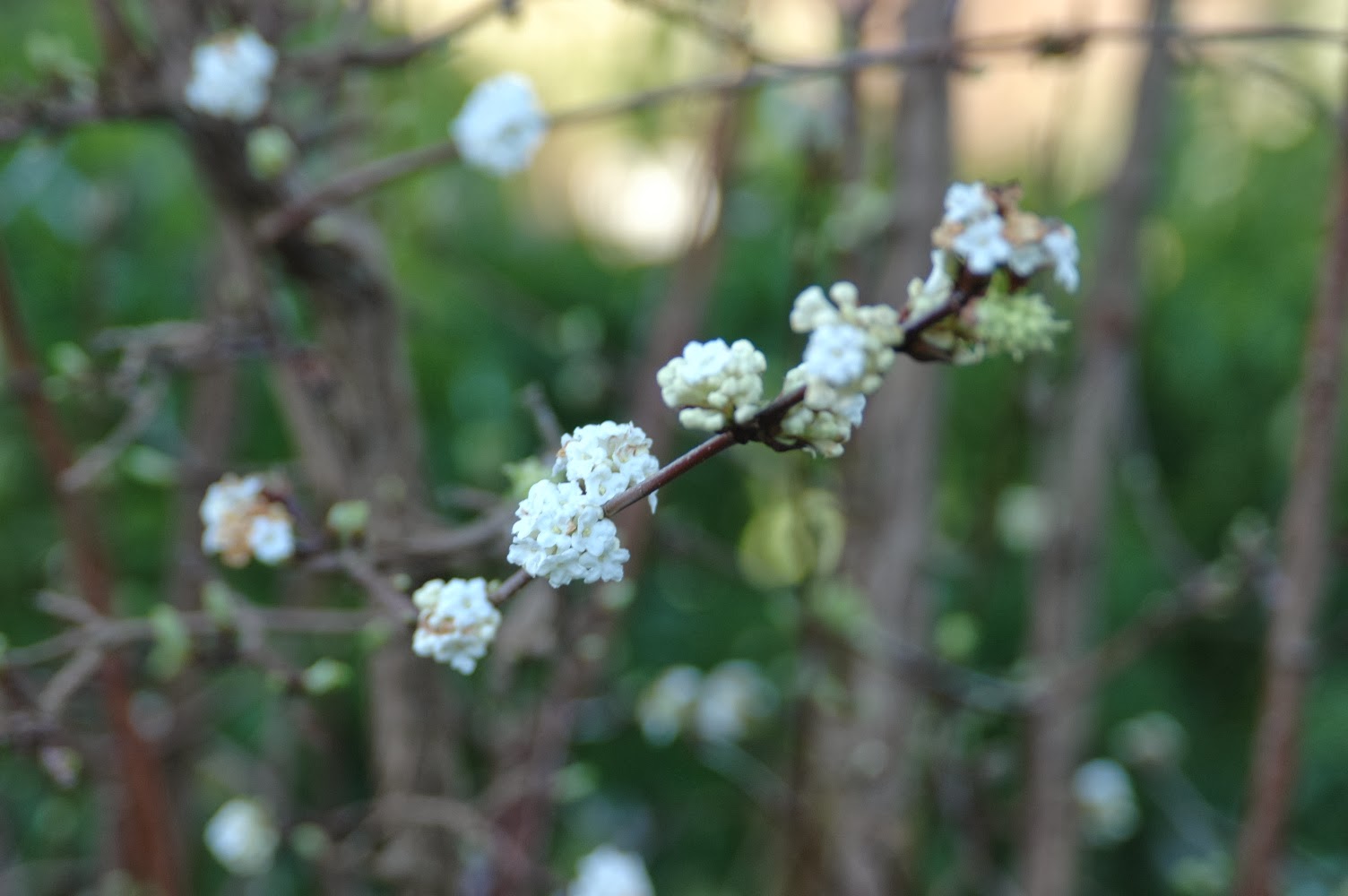 Iris unguicularis and camelia have been in bloom since early December, but whereas these irises are now blooming much more profusely, it is the other way around for camelias. 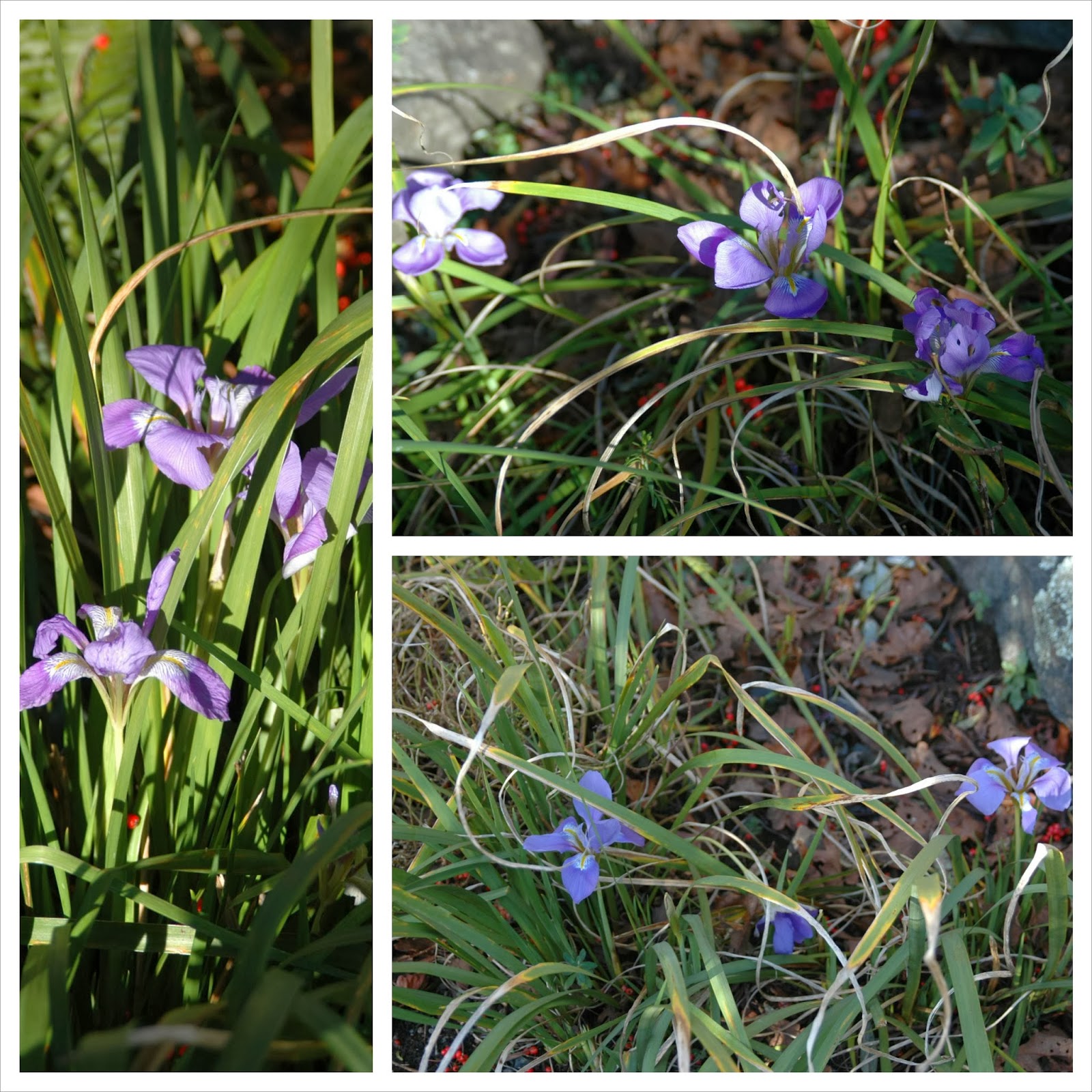 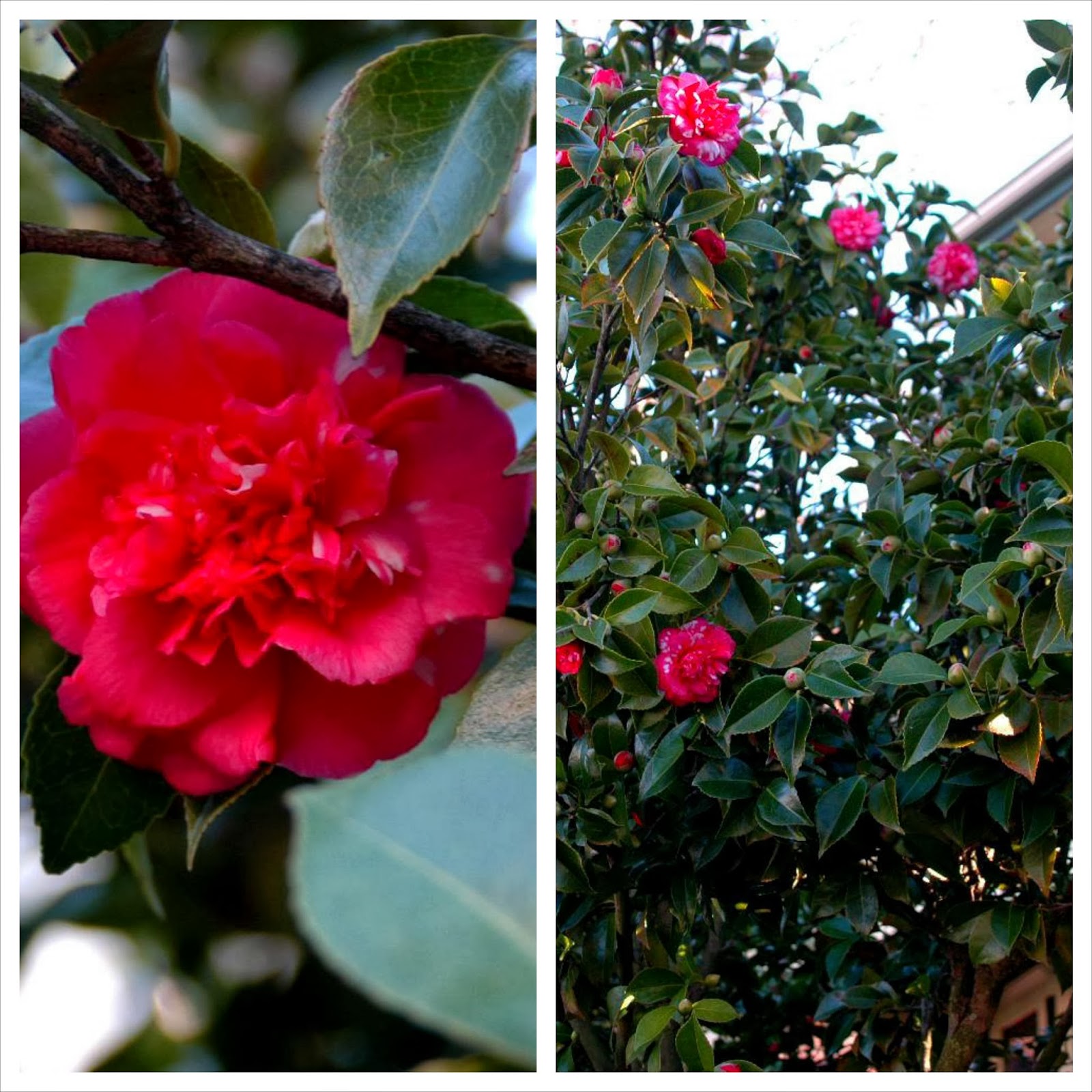 Perhaps one of the nicest things was a Lithodora diffusa growing with Sedum rupestre "Angelina". The picture does not do either of these plants justice. 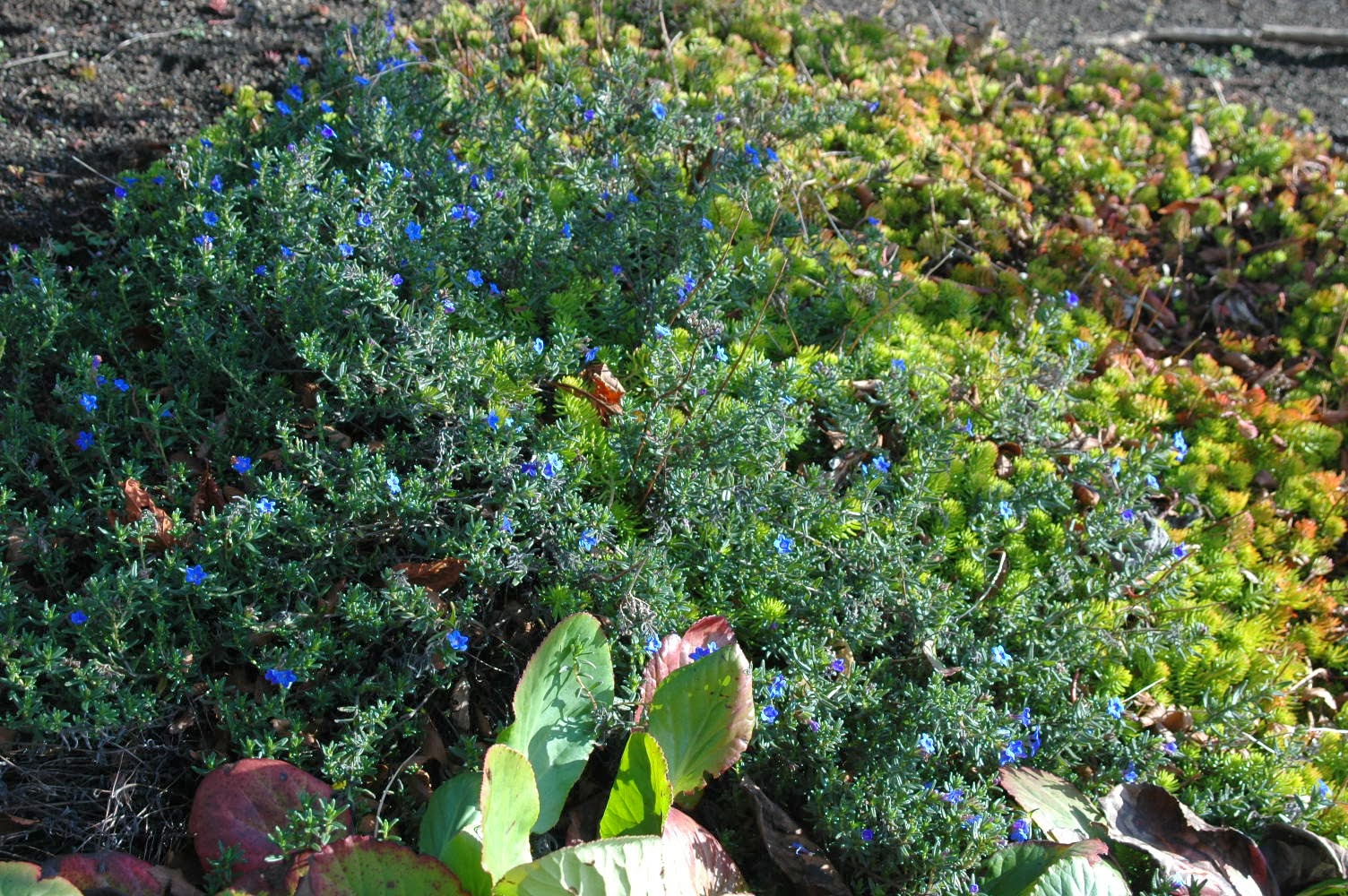 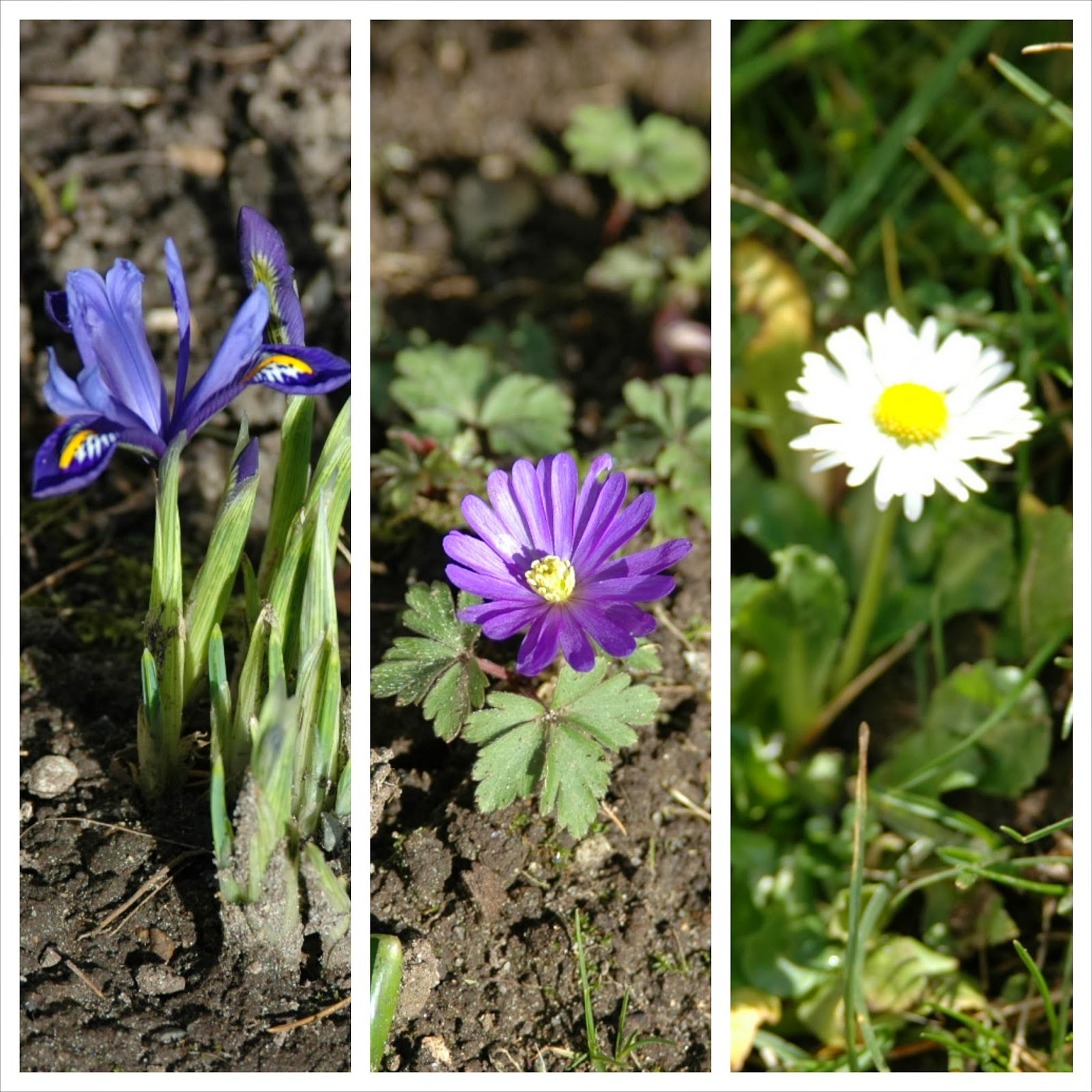 A last plant I was not able to identify was the following one which is about 30 to 40 cm high. It not only came in that attractive red, but also in orange. 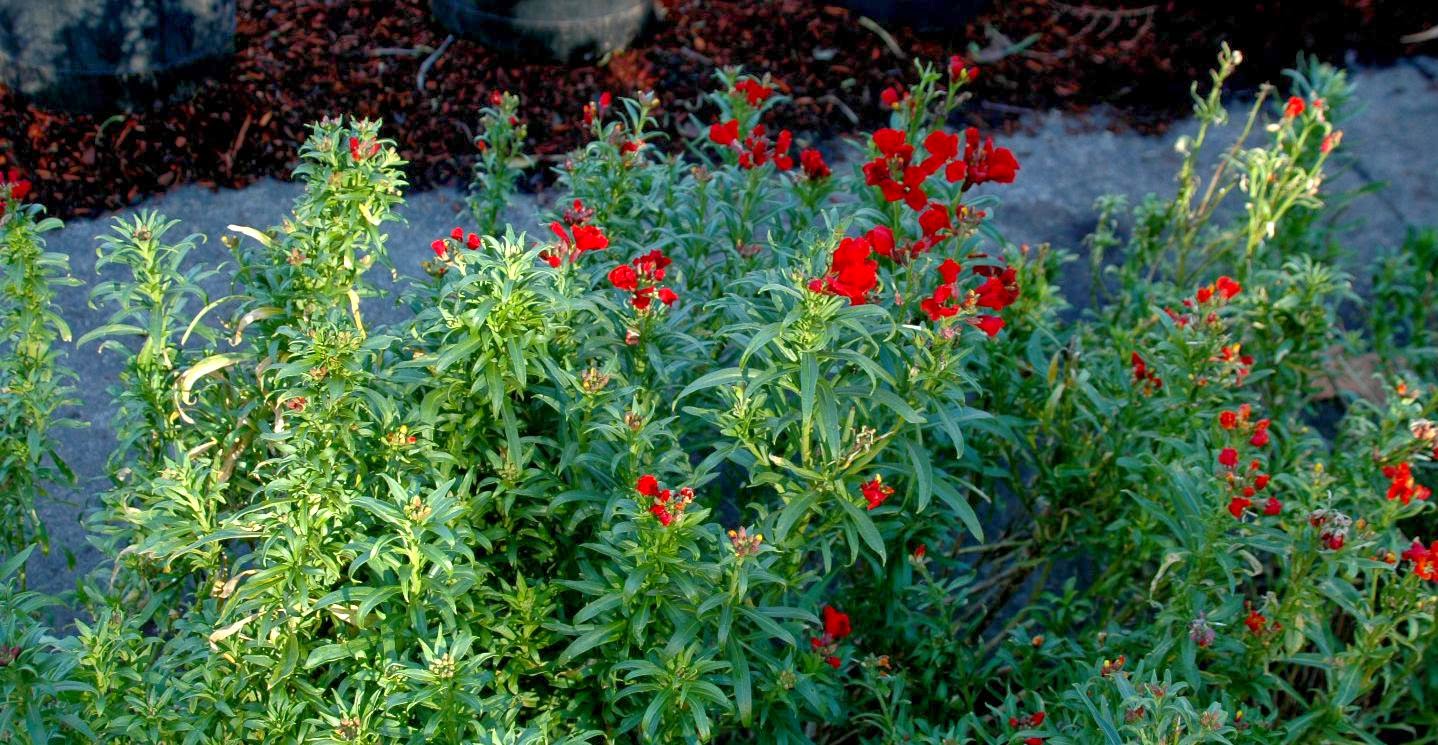 I expect the following is a cultivar of Prunus x subhirtella. It has been blooming on and off for several weeks. They are large trees. 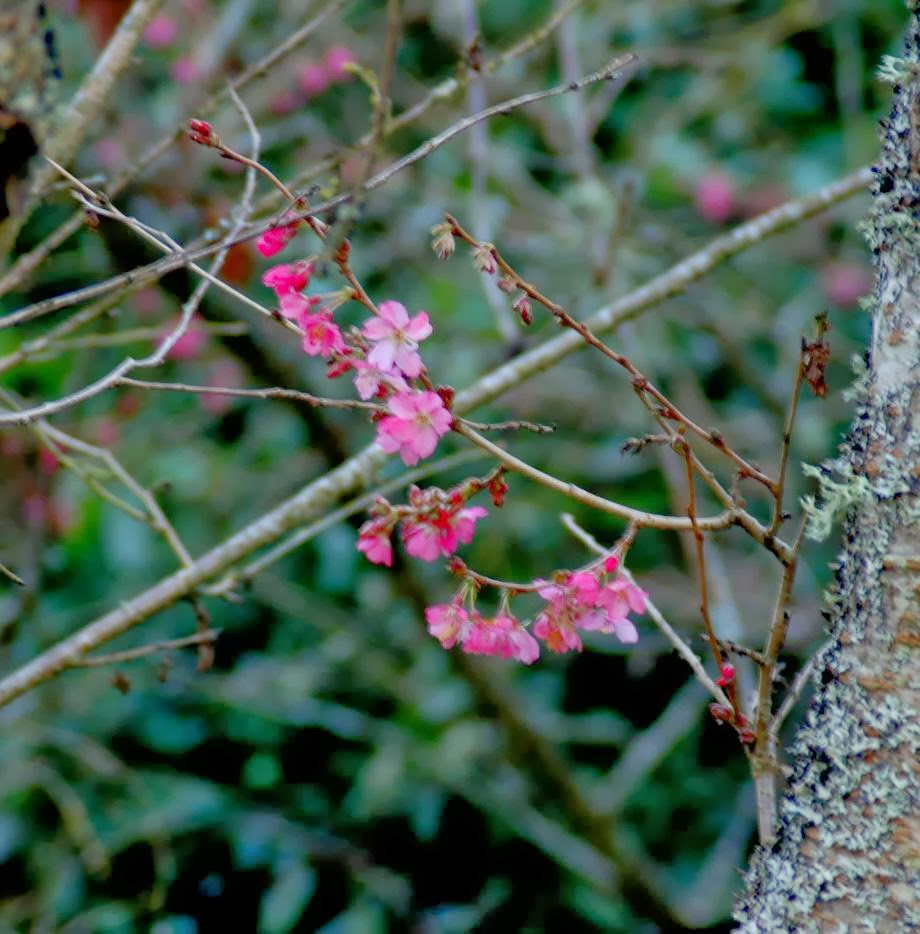 The following azalea should be open next week. There are also a few rhododendrons that have begun blooming. 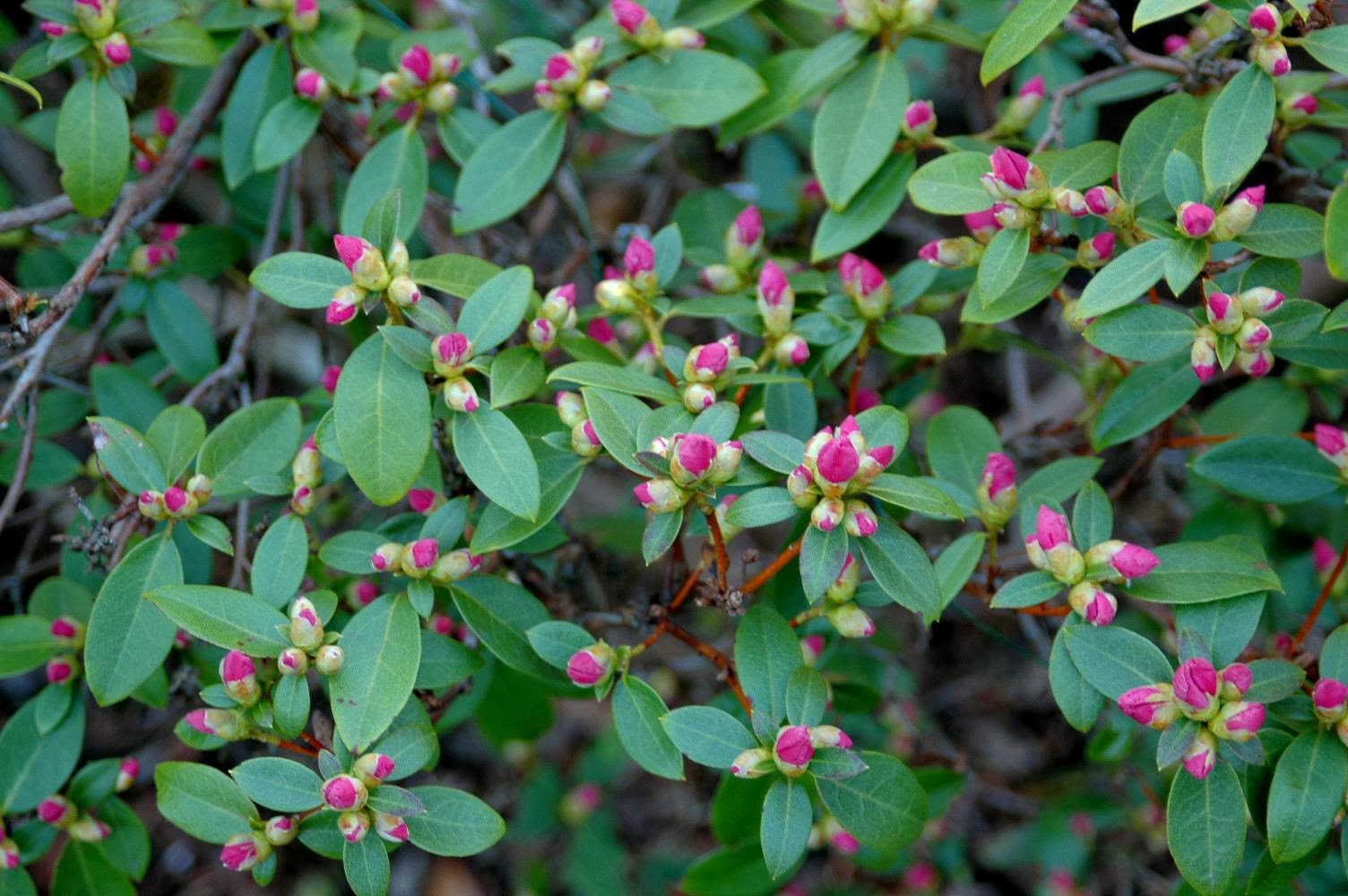 Many hellebores are in bloom, mostly the Christmas rose (H. niger), but also the Corsican helebore (H. argutifolius) and even some of the Lenten roses (H. orientalis). 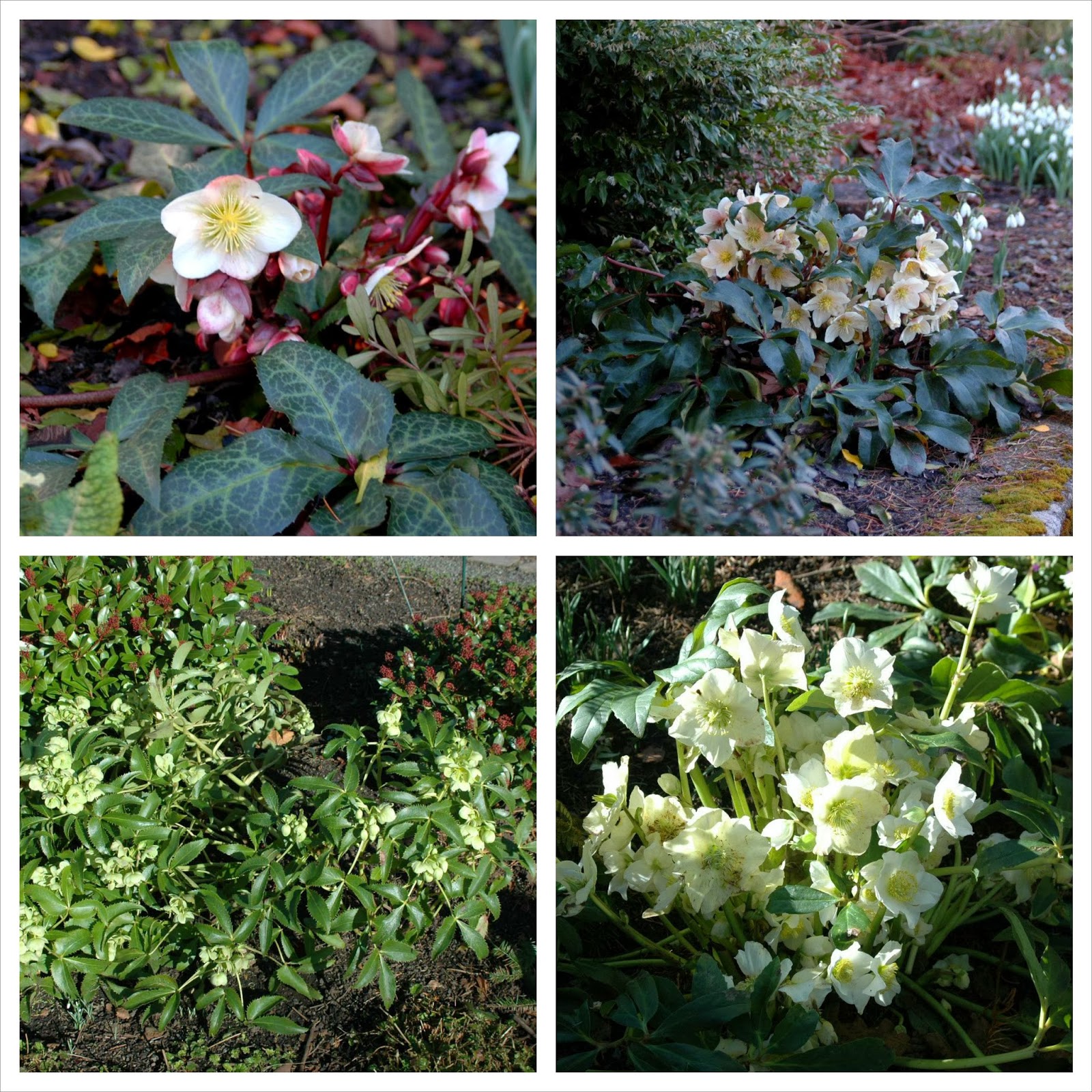 I also have among others, photos of winter aconites, rosemary, aubrieta and calendula but let us end with a few primulas. 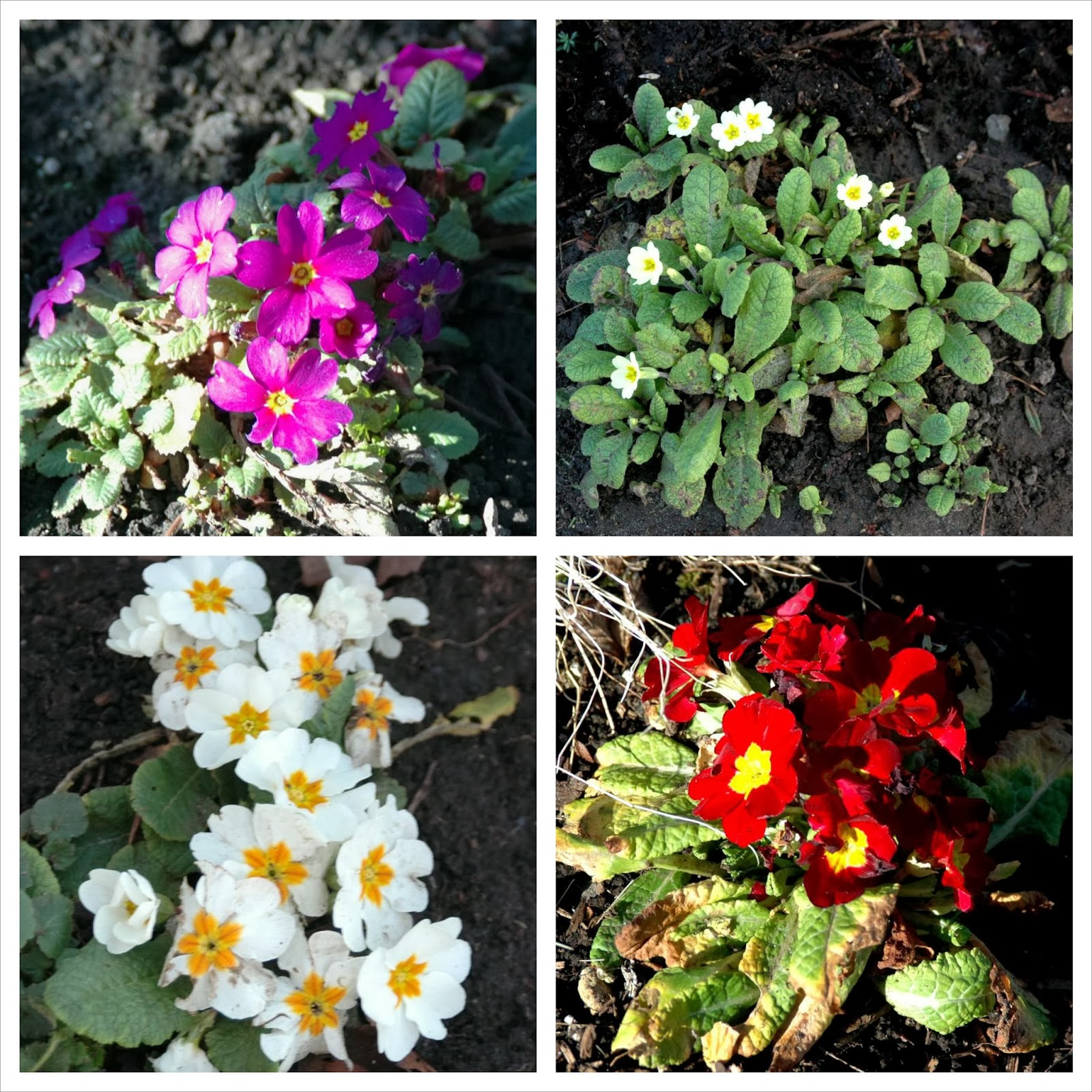 Posted by rochefleuriegarden at 11:20 AM