In praise of the Aspidistra

Aspidistra elatior is an old-fashioned house plant, which was probably more popular in the 19th century than it is now. At first sight, it does not seem to have a lot to offer. It has no noticeable bloom, and it is rather awkward looking. However it is a plant that is particularly undemanding, extremely reliable and easy to grow. I have grown to like it more and more as time goes by. 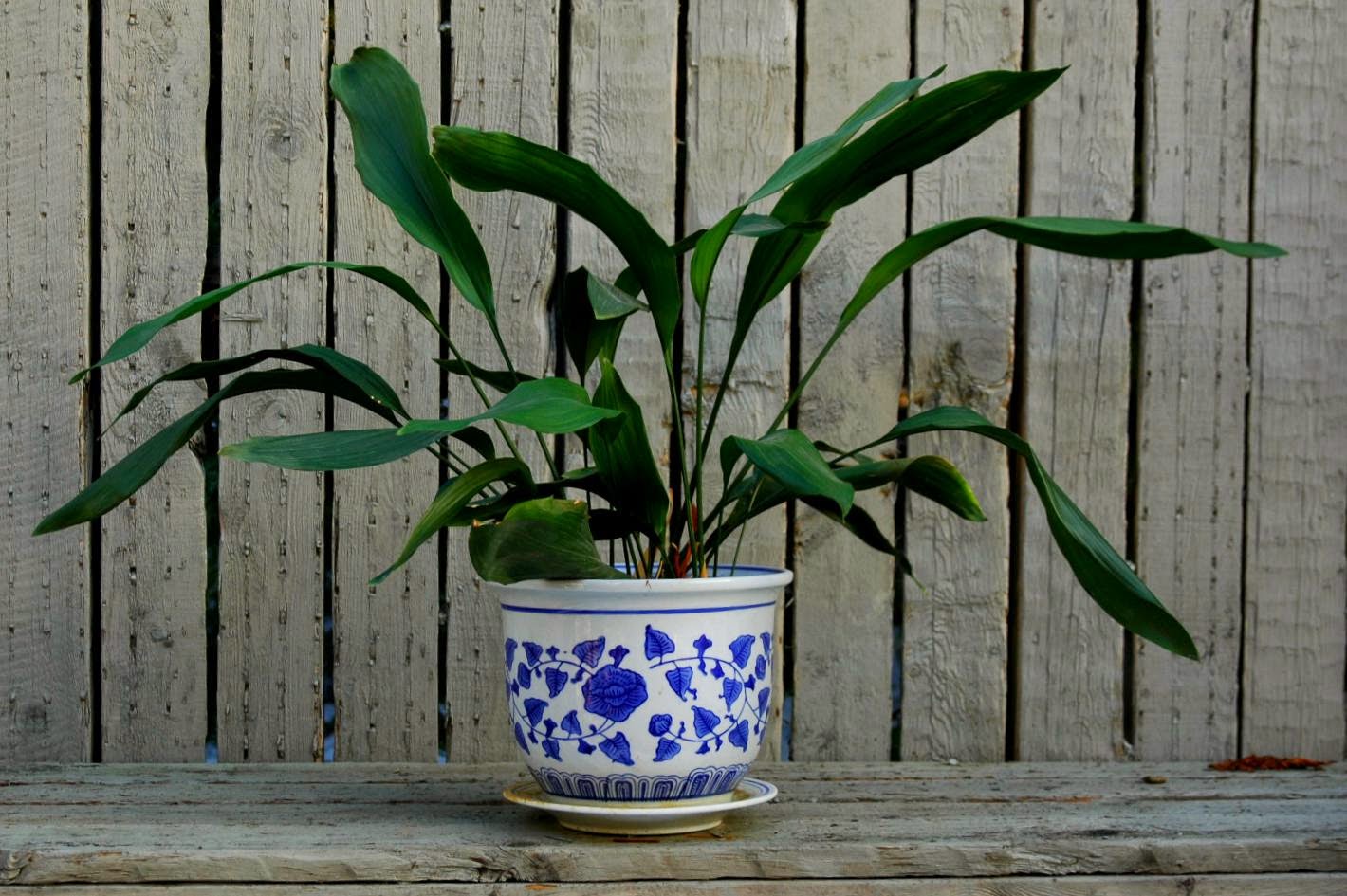 First of all, I do not believe there is a plant that can tolerate more neglect. If you forget to water it for a whole month, it won't be noticeable affected. I don't know how long it would take for the foliage to start drying up, but it would certainly be months. I call it a house plant, because it cannot survive our severe winters outside, but it is hardy to - 5 C which means it would survive most winters in a zone 8 garden. The common name, cast-iron plant, refers to the fact that it is hard to kill an Aspidistra

It is listed as a shade plant, but you could say it is the queen of shade plants, because it will stay good looking for months far from any window in a dark room. In fact, in winter I put mine to rest. Every November, I store the plant in an unheated cellar (where it can get to as low as -2 C), and it only comes out of there in April. When it comes out, it has been 4 and a half months without any watering and, for the same period, has survived in complete darkness. Every year it emerges from that cellar looking exactly as it did when it was put in!

I knew it would survive in a  dark cellar as a French friend of mine told me her mother grew a whole row of aspidistras in pots and just stored these pots in a garage in winter.

Unfortunately, it does not grow very fast, perhaps adding at most a couple of leaves a year. This probably explains why, in Victorian England (where the Apidistra was a symbol of the empire), it was said that each leaf meant the family had £1000 in the bank. The fact that it grows slowly is fine if you don't want to have to re-pot your plant every year but if, as I do, you want to increase it, it takes a long time. The fact that it is so slow to grow makes it more expensive to buy, if or when you can find it.  Mine, which I got as a small section from a friend, has never bloomed - or I have never noticed the bloom which grows at the base like in wild ginger. It is extremely easy to grow. Its only requirement is that the soil be well-drained.

Not surprisingly, it has been given the Royal Horticultural Society's Award of Garden Merit. 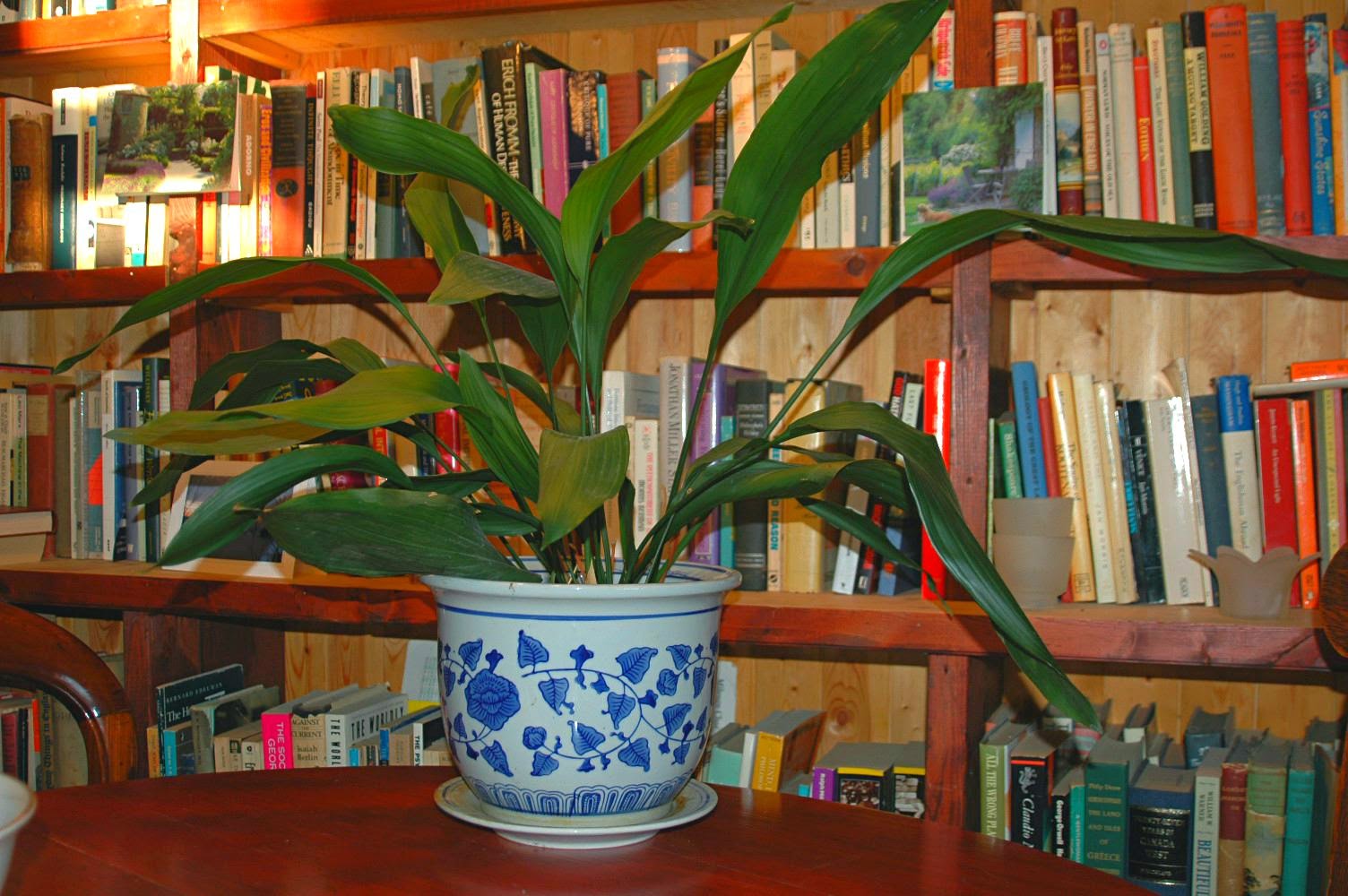 Posted by rochefleuriegarden at 8:23 AM