As some of you will know from previous posts, Roche Fleurie is in a former meadow reverting to forest.  Most of the trees that have volunteered in that meadow are apple trees. These trees all come from seeds scattered by wild animals eating apples. They hybridize on their own, and all are edible. But most are too tart to be eaten raw, although the majority are good cooking apples. In fact, out of the lot some turn out to be quite tasty even raw. Here are a few pictures of some of these apples and what we use them for.

Decades ago this used to be an apple growing area. The soil and climate seem quite appropriate as most of the fruits are not much affected by worms or diseases, even if none of them are sprayed, pruned or taken care of. 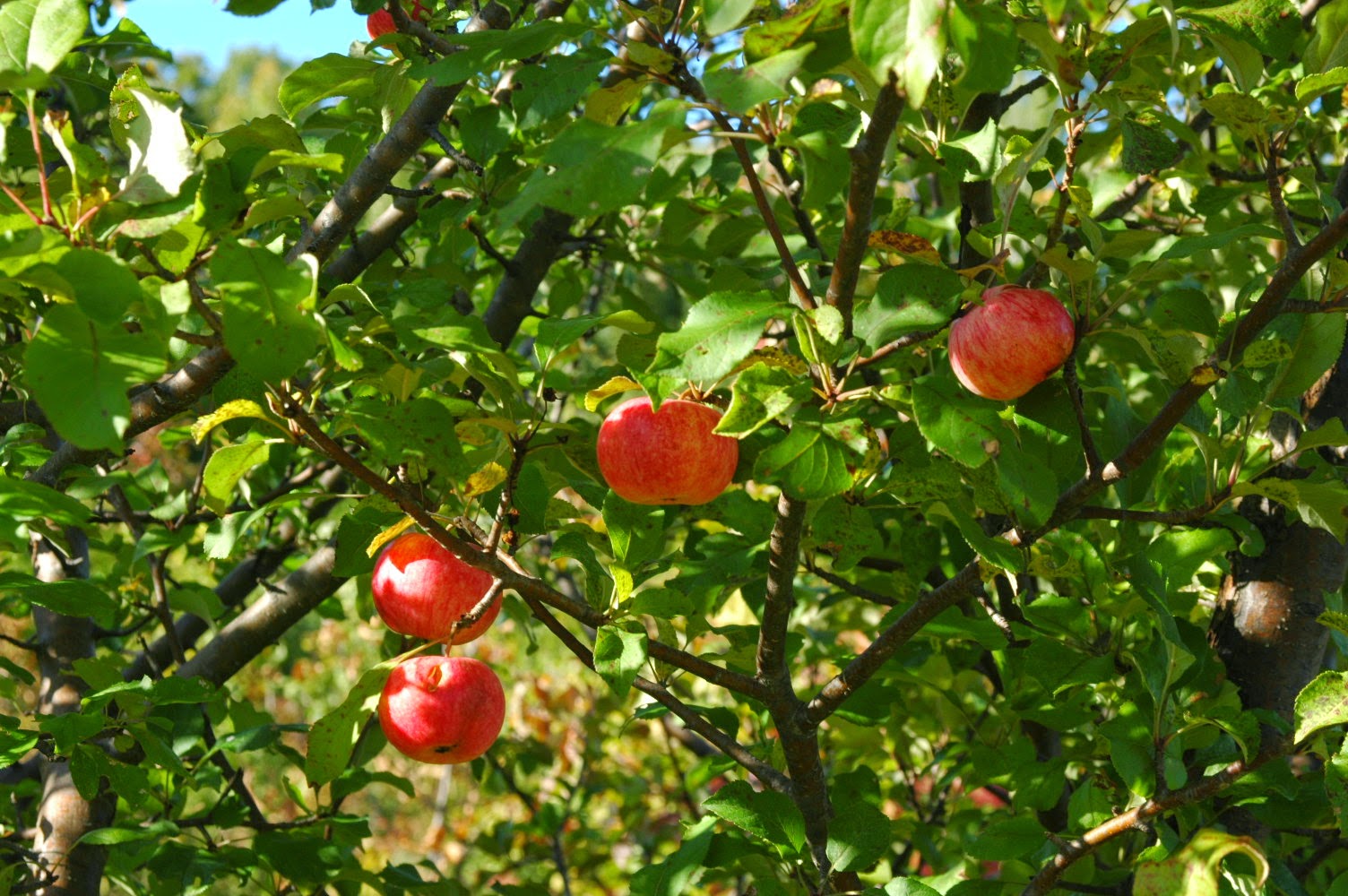 Among some of the good-tasting apples are the White Transparent (or close relations), one of the very first apples to ripen. You cannot find it in stores here as it is extremely easy to bruise, and once the fruit is ripe it only keeps for a few days. These characteristics make the White Transparent impossible to ship or sell in commerce, but that does not make the fruit any less tasty. They make the best apple sauce. The sauce has a sharp taste, quite different from bought sauce.


Some of these were picked at my friend Lucinda's who has a old farmhouse close by where several
White Transparent trees grow.

One of the few apple trees that were actually planted by us is a crab apple that makes very attractive big crabs. It also make large, beautiful flowers. Unfortunately, I have lost the name of the variety.


Given that these are so red, I thought I would use them to make the apple jelly. It turned out to be very attractive, very tasty but a failure. It did not gel (perhaps some of you might make some suggestions as to why it failed to gel). We have started using it as a fruit syrup.  It is quite tasty and is the right consistency for a syrup.

Some of you might remember that this spring I wrote a post about grafting apple trees and a couple of you wondered if the grafts took, what they would look like. The picture below shows two grafts pictured in my original post. The one on the left did not take and is dead, but the one on the right took and is already over two feet tall.

In after four or five years, the joint between the tree and the graft will hardly be noticeable. There will just be a swelling as in the picture below of a previous graft made some years back.

Posted by rochefleuriegarden at 8:53 AM