We are all familiar with foreign plants that do too well when they are brought to a new continent. It is the case of our native fireweed (Chamerion angustifolium) in the UK, and of the numerous European plants (often medicinal in origin) such as plantain (Plantago major) and coltsfoot (Tussilago farfara) which are completely entrenched in North America.
Sometimes though, a foreign plant will grow or only manage to survive, but it then becomes invasive in some circumstances. It seems to be the case with the cowslip.

The cowslip (Primula veris) is native to Europe and Asia. I have grown it, but it never did especially well and certainly never spread. I have a friend who brought some from France to be reminded of the wild flowers of her youth, but they just survive in her Canadian garden. 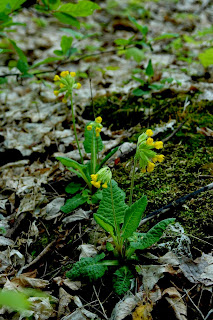 So you can imagine my surprise the other day when I found that Primula veris had taken over, of all places, part of a nature reserve. Not only had cowslips self seeded, but they had done so by the thousands covering the ground completely in at least an hectare at the edge of the woods! The cowslips seem to be restricted to the entrance of the reserve. For when you walk farther in, you meet with the native flora you would expect.


I do not know why they have done so well in that spot (an area with thin soil over dolomite stone). They cover the whole ground under trees. After doing a bit of research, I see that Primula veris has naturalized in the North East of the continent. So there must be other places on this side of the Atlantic where they have established a foothold. However I did not see any mention of the cowslip taking over in the way I saw it in this nature reserve. I wonder if any other North American readers have seen the cowslip being very invasive.


Here are some the natives that were also in bloom in the same nature reserve on Tuesday (May 19th). 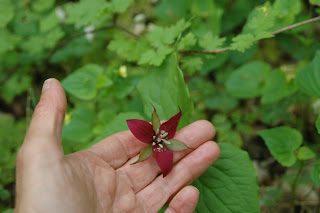 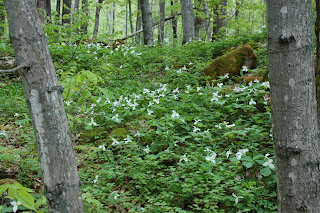 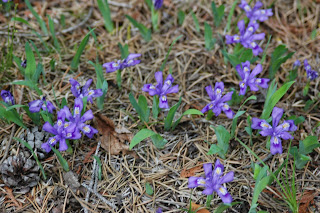 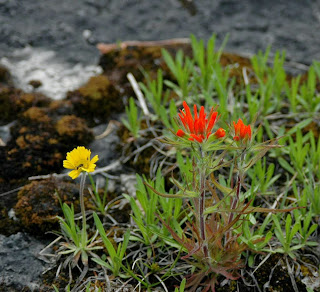 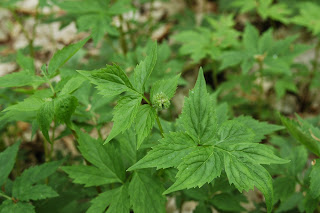 Posted by rochefleuriegarden at 4:14 PM