Hardiness zone maps are very useful, but they have to be taken with a grain of salt. If we think a plant could make it in our gardens, we should try it, regardless of what the hardiness map says. I am sure many of you grow plants that are not supposed to be hardy locally. This post is about some of my hardy plants. The most obvious is probably green lavender cotton (Santolina rosmarinifolia), which is supposed to survive in zone 7 to 9 and Roche fleurie is in zone 5 - in other words, our climate is much colder than Santolina is supposed to be able to take.


I don't think this means it could grow in any area of a zone 5 garden. I placed it against a short stone wall facing directly south, and it is growing out of a stone path. All this stone absorbs heat and must help it, since it has survived there for several years. It does not do as well as it would in milder climates. For instance, some years it blooms, like it did in 2012, but others, like this last summer, it does not.  Close to it, I added this year a grey lavender cotton (Santolina chamaecyparissus) which is supposed to be hardier than the green one, so I think it has a good chance of making it.

I suppose the conditions your garden has to offer (very dry or wet soil, very sunny or shady), and, of course, microclimates, determine what plants from warmer zones you can try.  A reliable snow cover (snow that stays on the ground all through winter) makes a big difference. This might explain why deciduous Lily of the Nile (Agapanthus sp.), a zone 6 or 7 plant, do quite well in gardens around here. Usually when the snow comes for good in December, it does not melt till the end of March. Snow cover makes a big difference with perennials, but, unfortunately, not with shrubs and trees. Here, with winter winds, I would say we are zone 4 for trees and shrubs and zone 6-7 for many perennials.


For a couple years, I was able to overwinter alstroemeria with a good mulch. However, one winter I lost it. I realized that having put it deep in the ground, with the idea of protecting it from the frost, I had killed it, because down below the soil was too wet. I am trying again this year, with a good mulch as I did for the rosemary below.

Last spring I wrote about a rosemary (Wilma's Gold) I was hoping would survived the winter. The fact that it is low growing will help. This fall, I heaped a lot of leaves over it, held in place by a net. We will see what I find next spring. 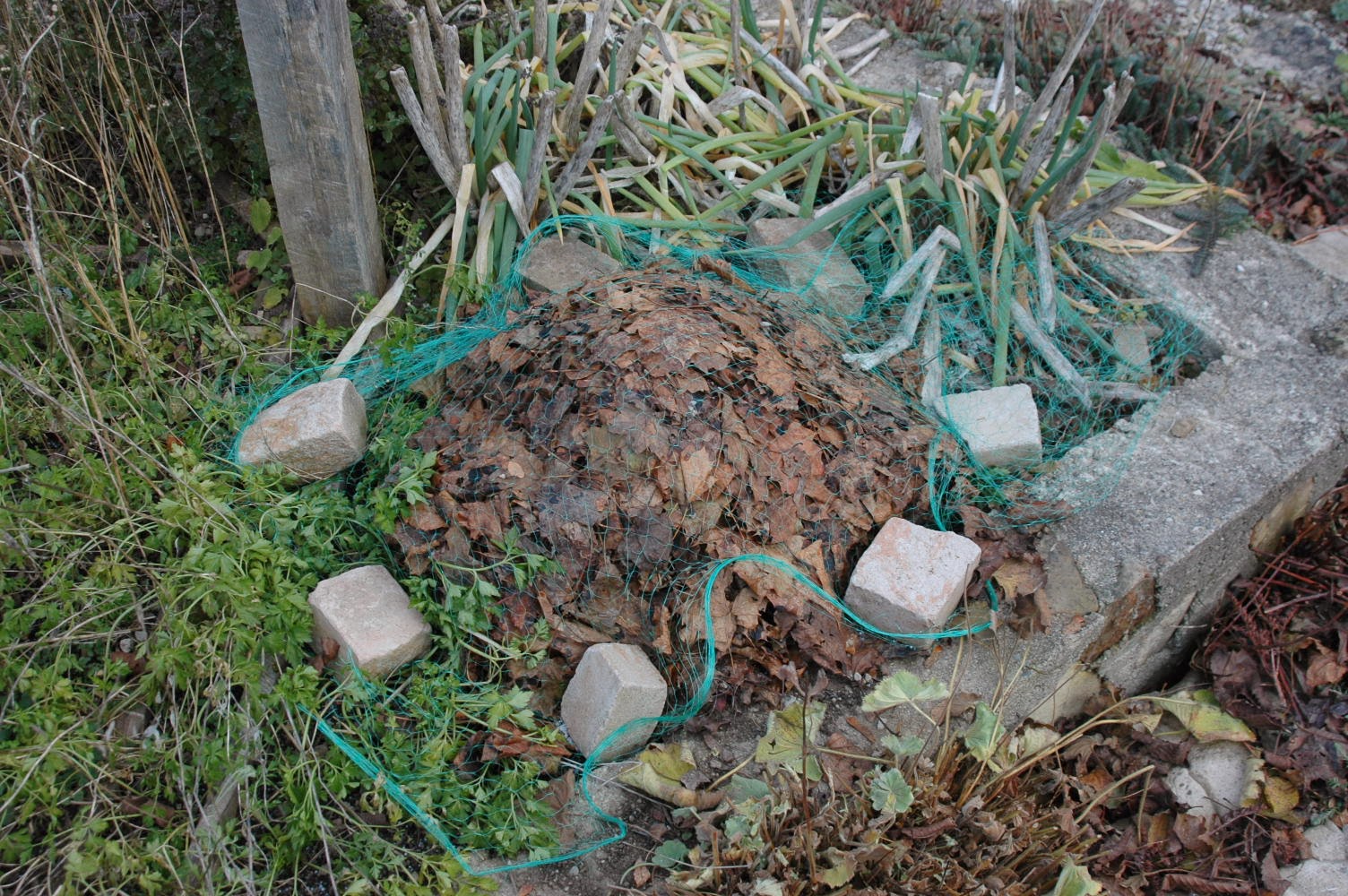 Of course some varieties of a particular plants can be much more cold-hardy than other. This is why it usually pays to get a plant from a neighbour or someone in the area, because that plant has a better chance of being adapted to local conditions. I have a perfectly hardy French tarragon which I got from Ruth, a friend who lives half an hour from here. I had tried to grow French tarragon several times in my previous zone 6 garden but never succeeded. I am sure I would have with Ruth's variety.

Are any of you growing plants that are not supposed to be hardy in your area? It would be interesting to know what other plants can survive in area colder than they are supposed to.
Posted by rochefleuriegarden at 9:19 AM