The Boboli and the need to control

The Boboli Garden, probably the best known garden in Florence, reminds us that our tendency to associate  gardens with flowers is a relatively new. Before the nineteenth century, gardening was mostly about putting order in nature, according to classical notions of the ideal landscape. For us nature is at its best when left alone; for them it was at its best when completely under control.  It is an approach that does produce beautiful spaces as shown in the Boboli  but, in the end, our need for total control of nature might be our downfall.

It is a garden on a grand scale. There are kilometers of alleys between hedges. The most important of these alleys have statues, some actually dating from the Roman era. An advantage of visiting the garden in winter is that there there is hardly anybody around. 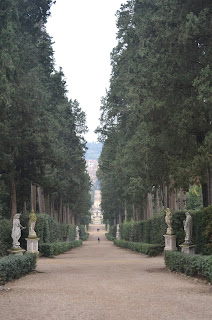 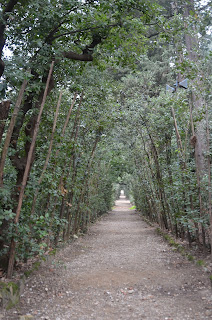 Contrarily to the majority of formal gardens, several Italian ones, including the Boboli, are built on a steep bank which makes them more dramatic. The building below is called the  "Kaffeehaus" (1775). It comes with a Boboli cat (much friendlier than the Giardino dei simplici cat). 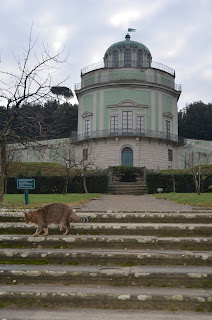 Even if flowers play a very secondary role, there were some anemones which, dandelion-like, managed to settle and bloom on a grassy bank despite the fact that this bank is kept mowed. 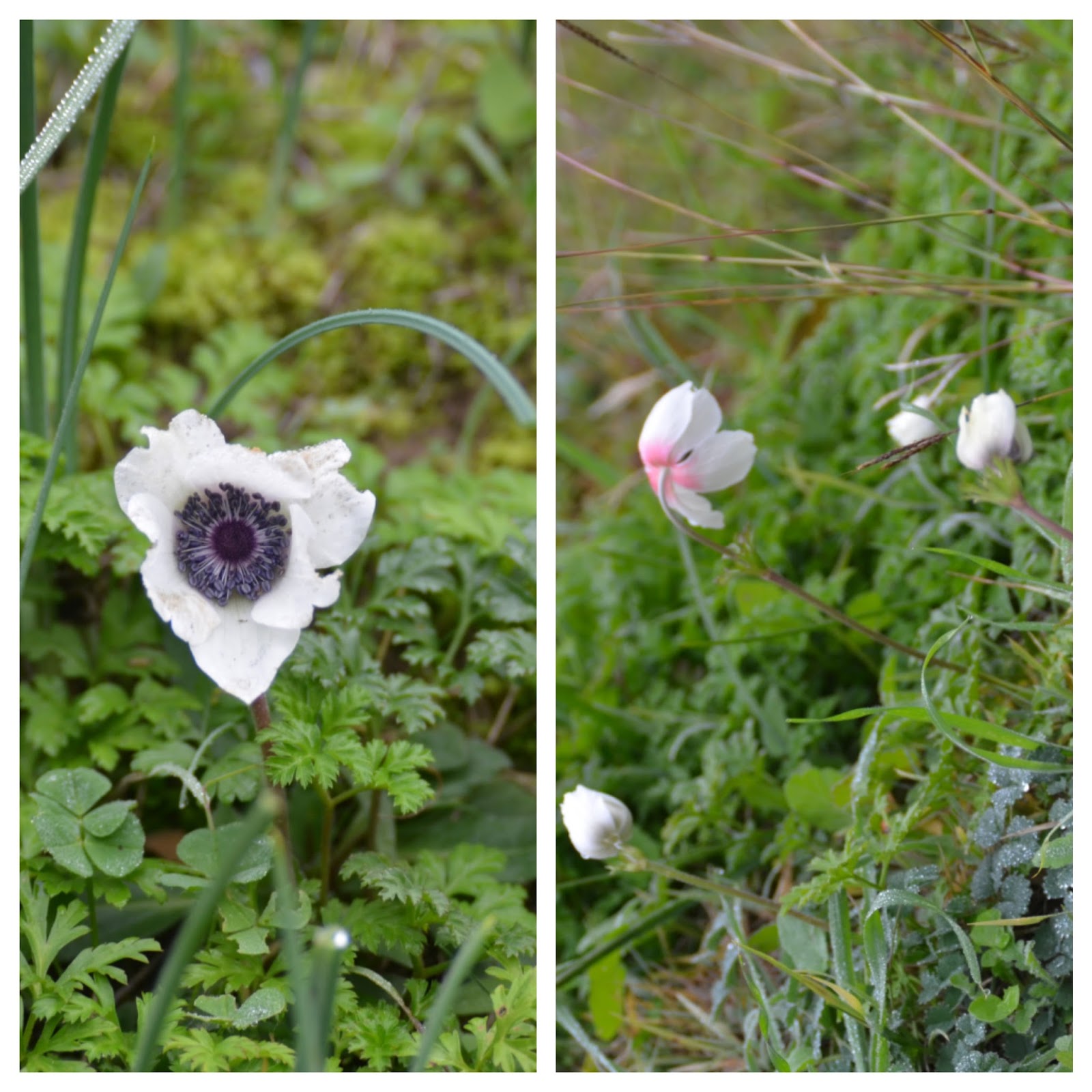 I was impressed by orange trees made into a hedge against a sunny wall. 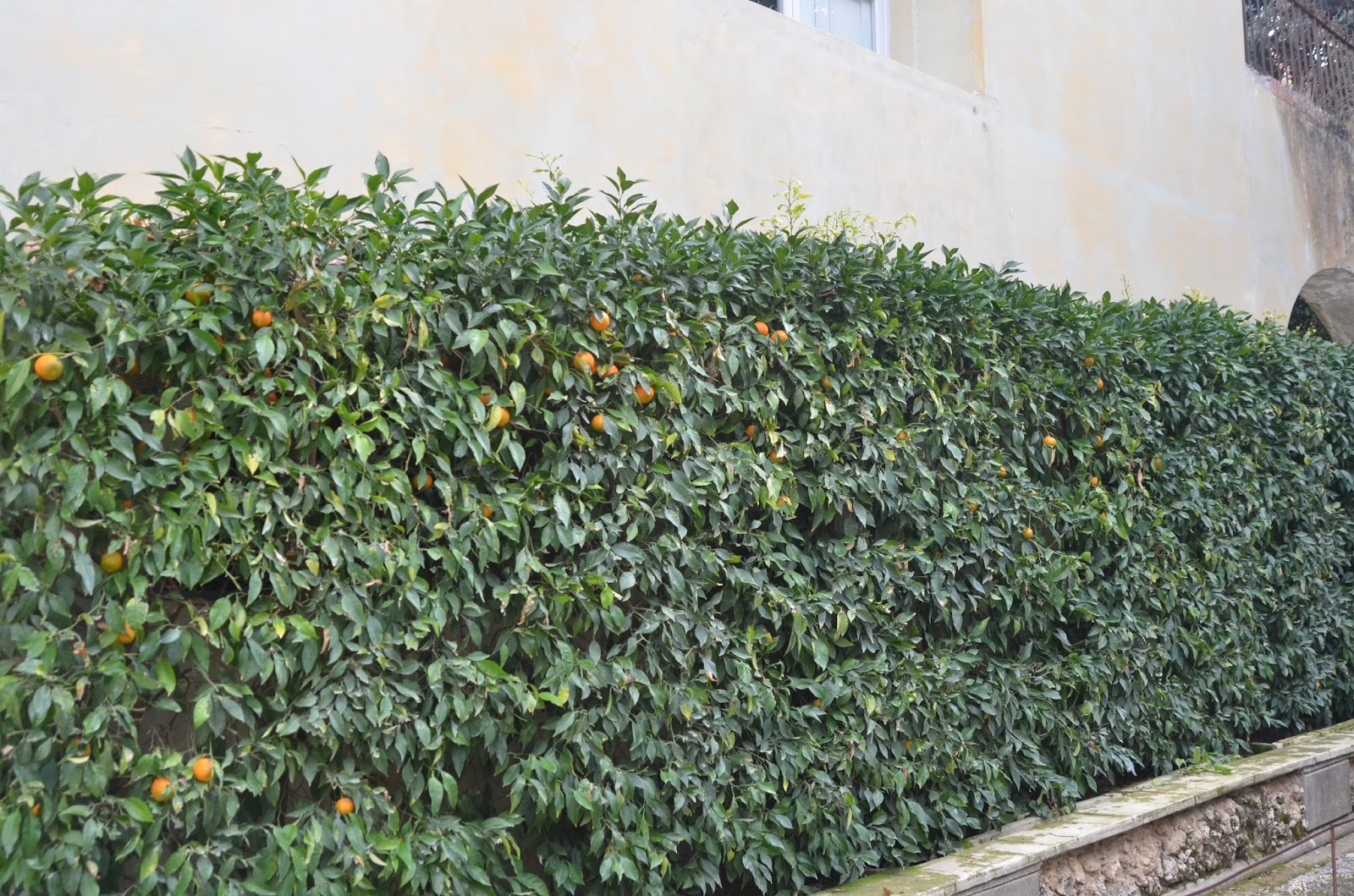 At other times of the year, I believe the island is the most colourful area of the garden with potted azaleas and pelargoniums. 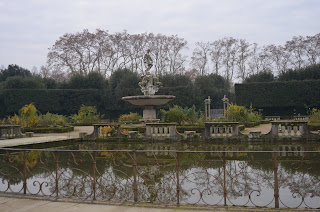 Despite the fact the garden is in a very urban area, I was pleased to see a live heron fishing with Neptune. No doubt he is the most successful of the two. 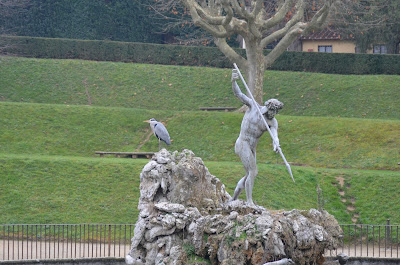 Rather than ending with one of the numerous marble mythological gods represented in the garden, I chose a working gardener and his spade. 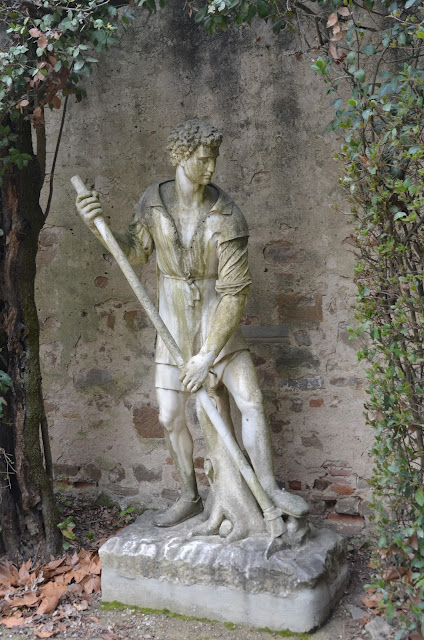 Posted by rochefleuriegarden at 2:49 AM