Recently, we visited the Botanical Garden in  Florence, Italy - il giardino dei simplici. The simplici, simples in English (or in French for that matter), are the medicinal plants that were considered effective on their own. They do not have to be mixed with others to form a compound. The use of that name for the garden and the reference to medicinal plants suggest how old this garden is. In fact it was established on December 1st, 1545.

Nowadays there is still a large section given over to medicinal and culinary plants, but ornamental plants are also prominent. There were not many blooms at this time of the year. The most noticeable were some paperwhite daffodils (Narcissus papyraceus), the kind we force indoors, but which here have naturalized in the garden. 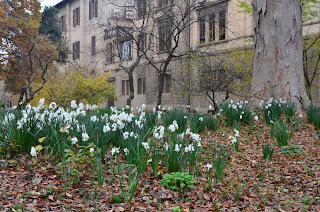 On the left are pit greenhouses and on the right are orangeries with half the roof glazed and with large front windows to let in light. 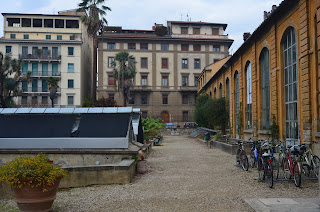 At one end of the orangeries are plants that have been taken in for the winter to be kept above freezing. 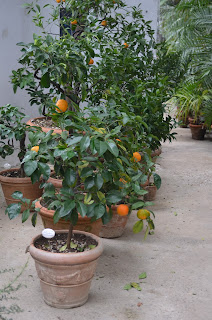 The other end is kept warmer for tropical plants like this hibiscus (Malvaviscus arboreus) from Central America and the south-eastern U.S. 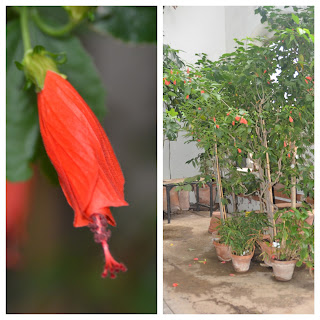 Some herbs are grown in pots raised on wooden supports, so you do not have to go down on your knees in order to look at them closely or to smell them, a very good idea, especially for herbs. 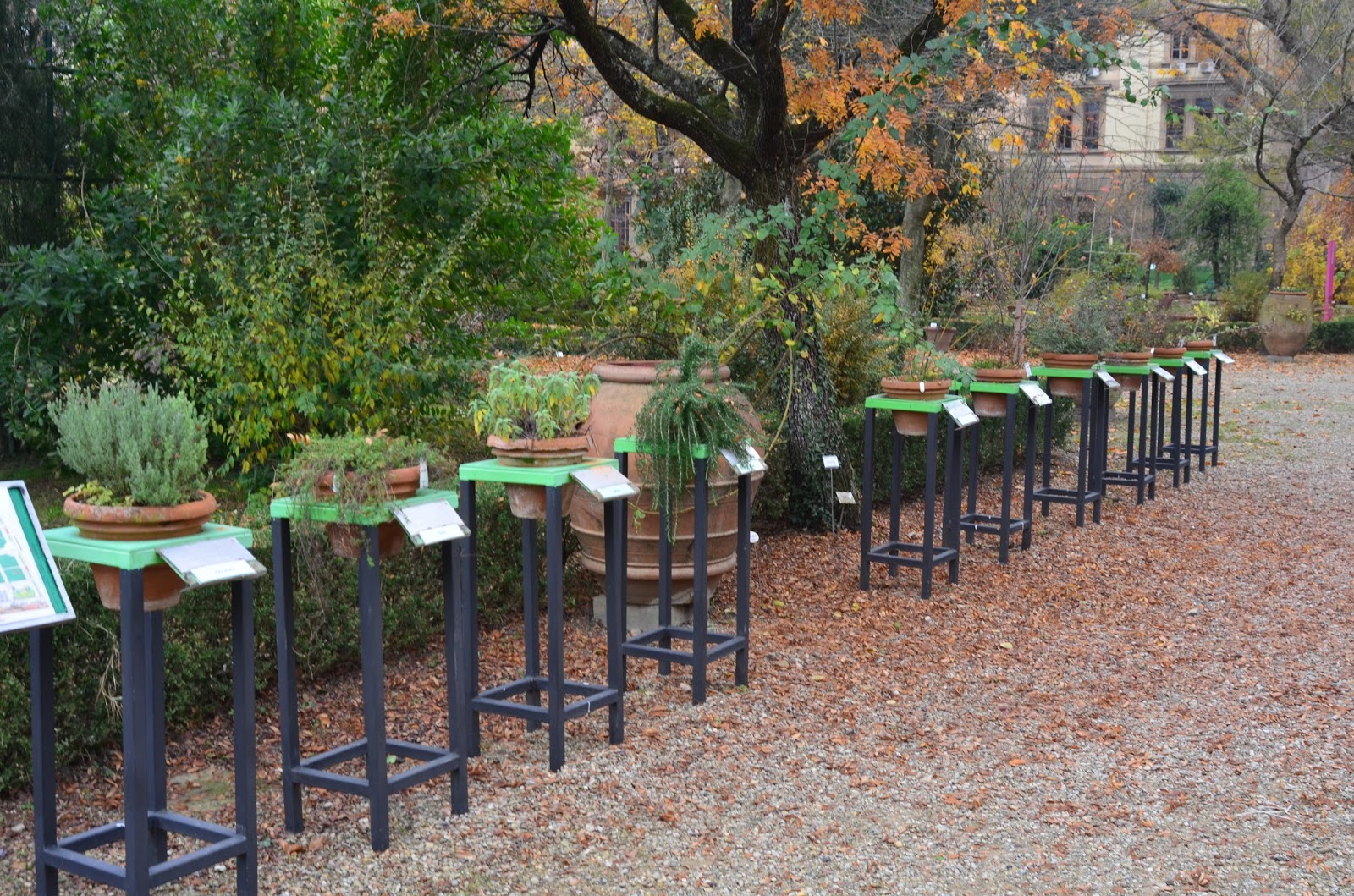 Some of the large terracotta urns are draped with roses, which must be quite attractive in summer. It is something you could try if you had such a large urn, but in Canada you would have to shelter the pot in the fall to make sure it does not freeze in winter. 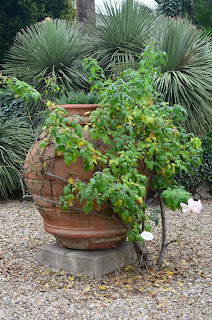 A few roses were still blooming, including this variety called "Pompom de Paris". 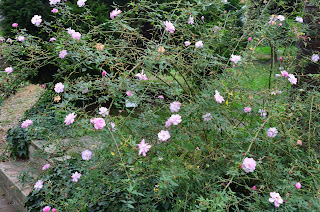 The pots on each side of this alley hold rhododendrons. One was in bloom. 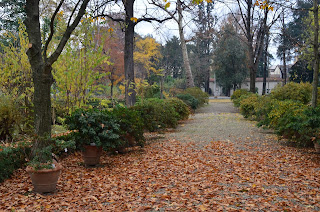 There are lots of cold frames where all the succulents and cacti have been stored over the winter. 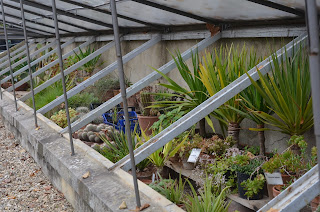 One of the most interesting displays was in the greenhouse. There was a demonstration of perfumes extracted from plants. The perfumes were provided, together with the source plant or part of it. It  was interesting to see the plant or its part, and smell its essence. There were patchouli, myrrh, levant storax (a gum used in perfume), jojoba and others I have forgotten. 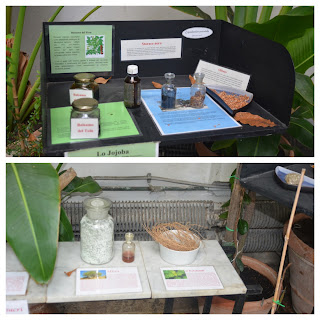 The most impressive plant was unfortunately not identified. Perhaps someone will be able to put a name to it. It was a climber covered in December with orange daisies as if it had been July. 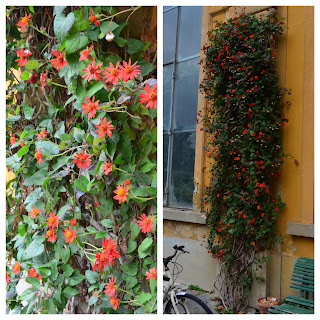 A very attractive as well as interesting garden. 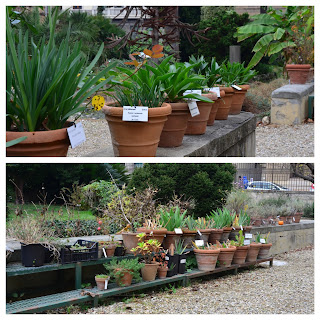 Posted by rochefleuriegarden at 11:45 AM