I suppose the name Gloriosa Daisy might make a botanist cringe but, for the gardener, it is a handy designation. These are not daisies, but Rudbeckia that have been hybridized and have finally settled into a big yellow/orange daisy, about two feet tall (60 cm) and biennial. Its flowers, however, are quite unpredictable, and there is a great deal of diversity, both in the colour and the markings on the flowers. 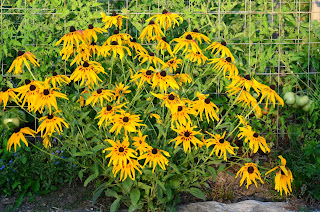 Its ancestor is Rudbeckia hirta which actually grows locally as a wild flower. Like most "unimproved" wild flowers it looks rather humble when you see it growing in the wild in its native habitat, about a third of the size of Gloriosa Daisy. 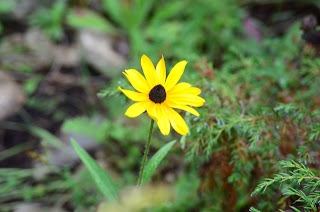 There must have been mixing of a lot of genes to produce the Gloriosa Daisy, but the result is, at least for our climate, the most reliable and showy biennial. You need to buy seeds only once as it self-seeds. All through summer, you find find a few new volunteers near the mother plant. 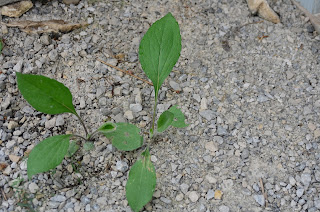 These I pot up and pamper for a few weeks before replanting them where they are to grow. They can be planted in autumn or the following spring. 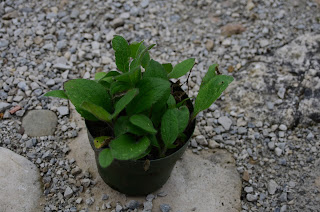 A couple of pots of volunteers like the one above will produce a reasonable clump like the one below. This particular drift resulted from plants that seeded themselves in 2014. They were transplanted this spring and started blooming in early July. They are still going strong. A couple might survive the winter, but not many. They will have left quite a few "babies" around themselves, though. 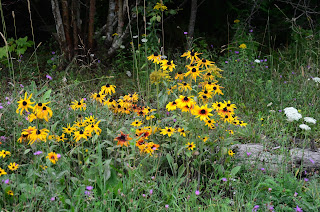 They can grow in the grass where there is a lot of competition but, in such situations, they do not selfseed much. 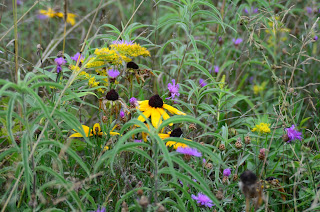 Their gene pool produces a great diversity of flowers. You never know exactly what you are going to get but it will be yellow/orange and two feet tall. Here is a good representation of this year's crop. 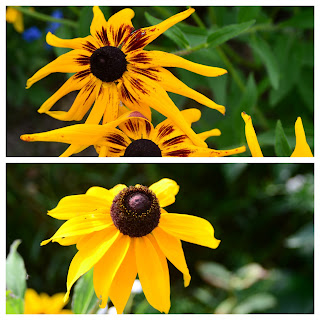 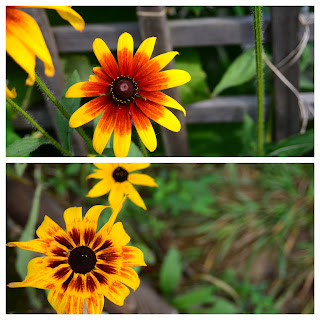 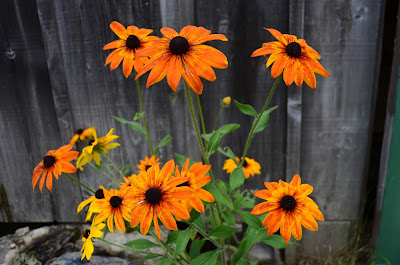 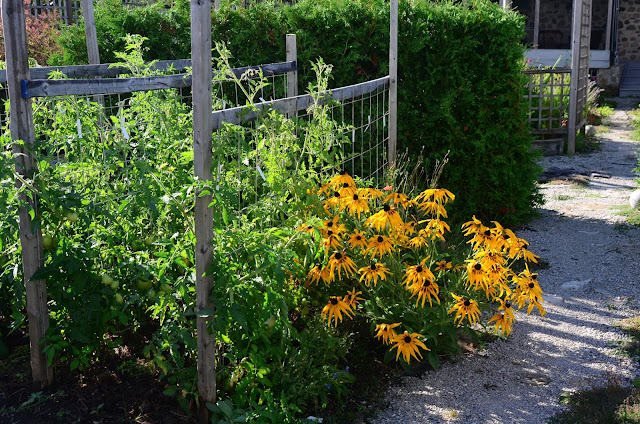 Posted by rochefleuriegarden at 11:39 AM

Email ThisBlogThis!Share to TwitterShare to FacebookShare to Pinterest
Labels: Biennial