Every summer we grow various annual poppies. Some of the seeds are bought, but mostly they are collected in the garden the previous summer. As the plants hybridize on their own, the flowers we end up with can be quite different from year to year. Some can be absent one year and reappear the next. This was the case this year for Papaver somniferum var. paeoniiflorum which came up everywhere while we had few of them last year. 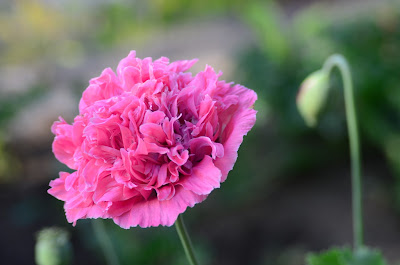 Sometimes, a few of these poppies come true to seed (that is, they are identical to the mother plant). This is what happens with one of the P. somniferum we grew last year. There was only one flower looking like the ones below, and  I made sure to keep the seeds to plant them this year. They all came up identical to the parent plant. 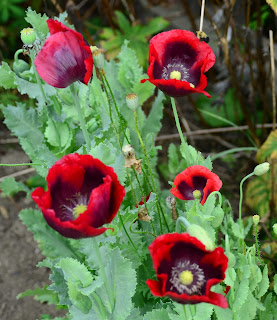 When I want to save seeds for a particular variety, I put a marker on the stem to be able to recognize it, when it has finished blooming, and the seeds are ripe. 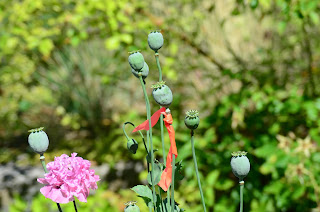 We always grow some Shirley poppies, the variety selected from wild P. rhoas by the famous gardener, Williams Wilks, one of these l9th century Church of England priests passionate about gardening. He won the Victoria Medal of Honour from the Royal Horticultural Society. Shirley poppies can be single or double, are usually frilly and come in a great variety of colours. Here is a sampling of this year's colours. 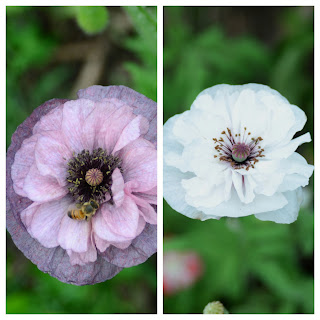 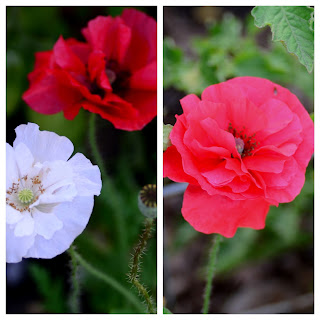 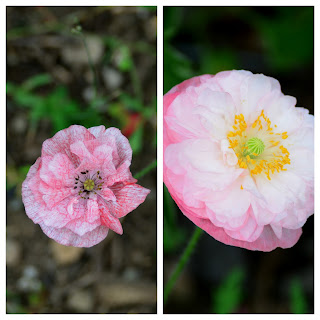 We tried something new this year, we grew (also from Renee's Garden) culinary poppy seeds, that is varieties of Papaver somniferum you grow primarily for the seeds (to use in baking) rather than for the flowers. However, as I expected, they also produced interesting flowers. They were all single flowered, quite tall and with a good variety of colours. I like very much the following whose seeds I made sure to save. The two photos look different, but it is only a trick of light.The colour on the right is closer to the true one. 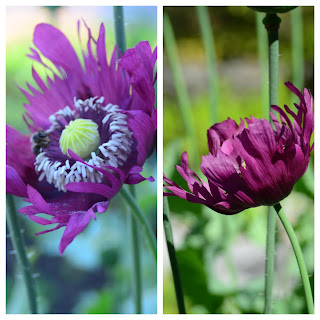 Mostly, these culinary poppies turned out to be reddish. All are very attractive. Isn't this pastel coloured one attractive? 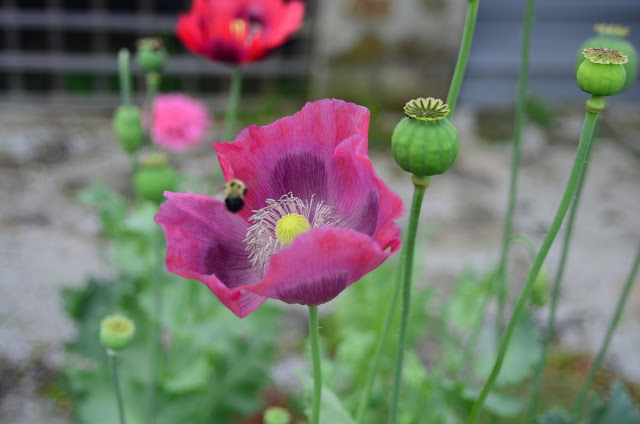 Since they are grown for seed production, these culinary poppies produced very large pods. The  stems are also very tall.


Posted by rochefleuriegarden at 7:47 PM