Most plants reproduce and get bigger over time. Some increase very slowly, others increase faster. This post is about one of the latter.

I have  several medium size irises. Like all bearded irises, they make new shoots every year, and I divide them every three years or so.

However, not so with the purple one below which is twice as prolific as all the others I have. 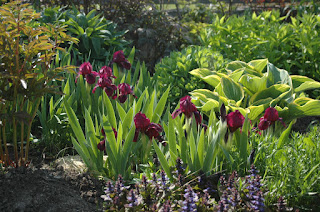 It was given to me by a friend, and I do not even know its name. I am hoping there is an iris expert among you who will know this cultivar. It is about a foot tall. 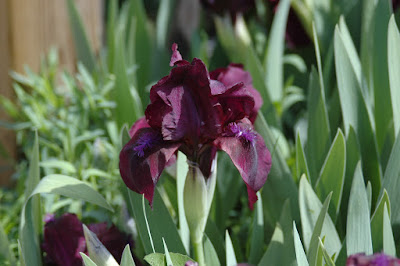 I used to think it was wonderful to have an iris that was so productive, but not any more.

I have long since filled up most vacant spots using it. Needless to say, none of my gardening friends wants any.

They were all given some over the years, and now they also have to dispose of their own unwanted babies.

As I said. the other medium size irises I have,  like the three below, do reproduce, but just like most bearded irises. I would guess each clump increases by a third each year. I like medium size iris as they are very sturdy. 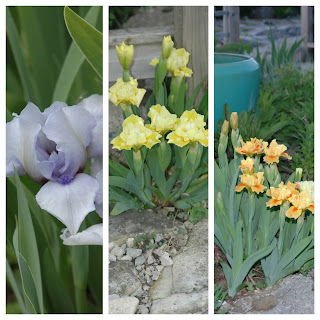 The purple ones at least double in size. For the last three years, the clump below has been lifted most years just after it had finished blooming and was replanted in the same spot. The extra plants are composted, and the next summer the clump is blooming away and just as big as the year before. 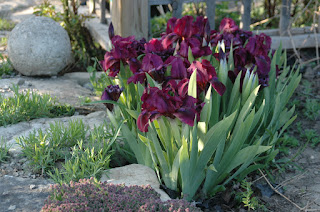 It is a real performer - too much of a performer, in fact.

Posted by rochefleuriegarden at 6:38 PM