September is associated with the ripening of wild apples that surround the garden. As regular readers will already know, lots of apples means that our local bear is often around.

Very few of these apple trees were planted by humans. The majority comes from apple seeds scattered by raccoons and, especially, bears.

You might wonder what I mean by "wild" apples. All these apple trees grew from pips. They are uncontrolled crosses between various kinds, and the majority are not very tasty.

Many are too woody and most of them are sour. Three or four trees produce very good apples that can be eaten fresh, and many of the sour ones are delicious cooking apples.  There are also some wild pears. 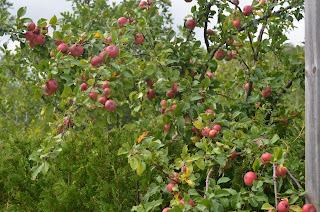 As for bears, I should actually say bear in the singular as the garden is part of one specific bear  territory.

Next door to us is a National Park, and they keep tabs on all the local bears and have even given them names. Visiting the park is how we discovered that we were part of the territory of a female bear called "Ruthie". Here she was last summer, eating wild strawberries with her daughter.

Fortunately Ruthie is a wise bear in the sense that she is very much afraid of people and runs for cover the moment she sees a human.

Here is another picture, taken at the end of winter, of the cub quickly heading for cover to join her/his mother. 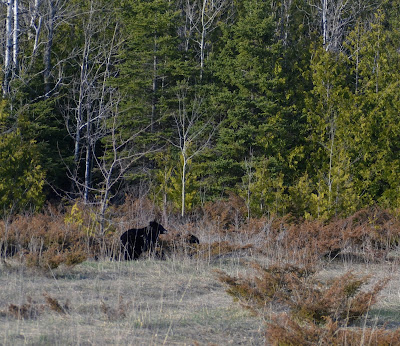 At this time of the year,  Ruthie needs to get fat to survive the coming winter, and this why she is often around to eat apples.

She ventures closer to the house, especially in the evening or early in the morning. We know she is around even if we hardly ever see her since she leaves her visiting card - which is also her way of  playing Johnny Appleseed. 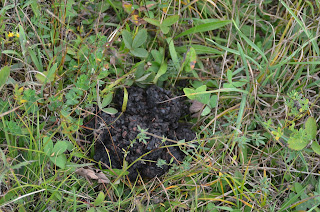 She uses two techniques to get to the apples. She can stand on her hind legs, grab the tree trunk with her fore-paws and shake the tree vigorously until apples are sent flying in all directions.

Another technique, which is not as gentle for the trees, is to smack down branches. They half break and hang down making it easier to get to the apples.

For Ruthie, this technique has the advantage that the branches keep on growing mostly downward at her level and she does not need to whack them again. The cubs will climb up apple trees, but Ruthie herself is a little big for that.


Over the years she has seeded a great many apple and pear trees which numerous animals gorge on in the autumn. 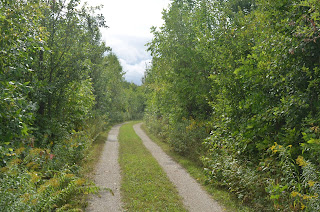 Ruthie is not the only one enjoying the apples. Over the years, we have identified the trees that produce the tastiest apples, and we pick those. The rest are left for Ruthie and company (porcupines, raccoons, even foxes and coyotes will eat apples). 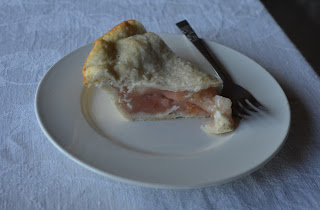 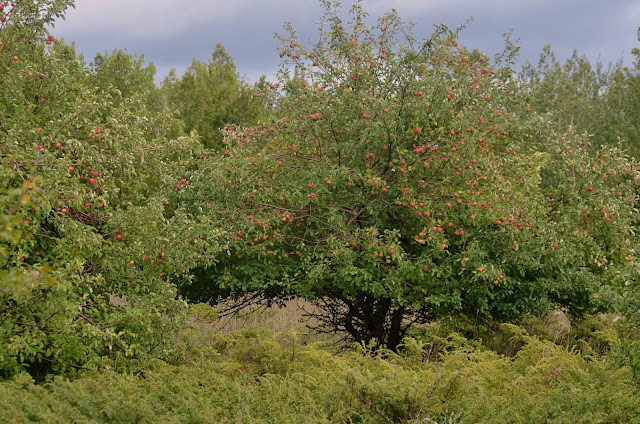 Posted by rochefleuriegarden at 3:35 PM